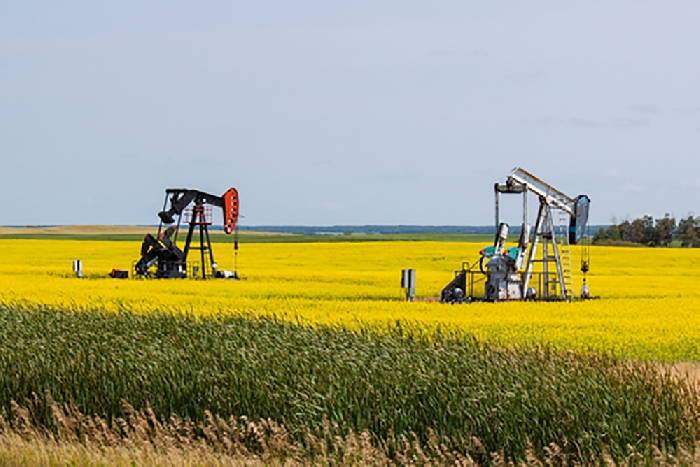 Yorkton-Melville MP Cathay Wagantall says the concept of a national energy corridor is an important initiative for the future of Canadas energy industry.

Scheer told the Economic Club of Canada that a Conservative government would work to establish a dedicated route where it would be easier to approve major new energy projects from coast to coastfrom pipelines to power lines.

With a single corridor, we could minimize environmental impacts, lower the costs of environmental assessments, increase certainty for investors, and, most importantly, get these critical projects built, Scheer said.

Wagantall said she believes that energy will be a major issue in the upcoming election.

Andrew Scheers comments on the energy corridor I find very good and very encouraging, she said. The Prime Minister has just hired as his policy advisor an individual from the Canadian side of the Tides Foundation. Tides Foundation has made it clear that their goal was to shut down Canadian industry, so we are in a battle for the Canadian economy. We need to balance the environment and the economy in a way that doesnt destroy the economy. Canada has a very insignificant role to play in emissions internationallythis is a global issue. The whole idea of putting in a corridor to me makes sense. Its defined, its one footprint rather than multiple footprints and it would put our energy industry back to work.

Im very confident that what Andrew has put forward would work very effectively for us as a nation and bring us all together as a nation.

Its important to all the provinces, but especially for Saskatchewan, were landlocked and we need to get our products to where they can be shipped overseas, which would be better for us.

Wagantall said she believes energy will be an important election issue this fall.

Theres no doubt it will play a significant role in the election, not just in the West, but in Ontario as well.

Whats happening right now to the manufacturing industry is a result of the downturn in the energy industry.

On both coasts there is that desire to be self-sufficient and prosperous. When we can work with our own products that we can get out of the ground in the most efficient and environmentally friendly way in the world, its ridiculous that were depending on foreign oil that has such a bad rap, when we could be self-sufficient. Thats part of the goal. We have a vision to see Canada fueled exclusively by Canadians by 2030.

Sheers plan calls for a corridor coast to coast, so that products from Western Canada and Central Canada could be shipped to either coast. Planning and consulting for the right-of-way would be done up front, sparing industry of the complicated process of submitting proposals for new projects, he said. And, he added, the corridor would be designed in full consultation with provinces and Indigenous communities.

On crude oil, Scheer promised Thursday to work towards a Canada that no longer needs foreign oiland is instead fuelled exclusively by Canadians by 2030.

Oil imports from countries like Iran, Venezuela and Saudi Arabia have supported regimes that abuse human rights and take virtually no steps to protect the environment, he said. The fact is Canada has more than enough oilnot only to displace imports from the aforementioned rogue statesbut to put an end to all foreign oil imports once and for all, he said.