The Bekevar Heritage Foundation of Kipling is fundraising for the Bekevar Country Church Restoration Project.

Certain buildings have an ability to tell stories of the past, stories of where people came from and why they stayed. If buildings from the past arent maintained, they eventually disappear as they age, and so too can their stories.

Thats why the Bekevar Heritage Foundation of Kipling is reaching out to people for support in fundraising for the Bekevar Country Church Restoration Project. The Bekevar Church is full of stories and stories are worth saving. Its located six miles south and one and a quarter miles east of Kipling.

The Bekevar Church was built in 1911, by pioneer immigrants that came to Canada from Hungary as early as the late 1800s and settled in the Kipling area. The churchs architecture is styled similarly to the Reformed Great Church in Debrecen, Hungaryit was built in the early 1800s and is the largest Protestant church in Hungary.

Recognition and support of other religious denominations from the past, present, and to the future are respectfully acknowledged and appreciated by the Bekevar Heritage Foundation Committee, said Daku.

The Bekevar Presbyterian Church is over 100 years old and like anything worth saving, it needs proper upkeep to be sustained.

Its a country church and like many churches its starting to need work done on it, he said. Its fashioned after a church in Debrecen, Hungary.

Basically were trying to raise moneyIve been working with Steven Bonk so weve gotten some money from the Heritage Foundation of Saskatchewanto help keep the elements out of the church. It needs windows, shingles, paint, and everything. But what were trying to do right now is keep the rain and the varmints out.

This is phase one for 2020 that well attempt to do because we have a matching grant from the Government of Saskatchewan. This is just phase one and well proceed with phase two, three, and four depending on how we can manage this and how the money comes in. The other phases will be for total restoration.

Our plan with phase one is to save the inside before theres too much damage because the Heritage Foundation of Saskatchewan doesnt cover interior work. Weve applied to the RM of Hazelwood because thats where the construction is taking place.

We want to reach out to anyone able to donate moneylarge or smallto help us restore the church, he said. Donations are tax deductible and receipts will be issued with names and addresses. Responsible, legal accounting and documentation of funding and bid work completed on the project will be publicized when completed. 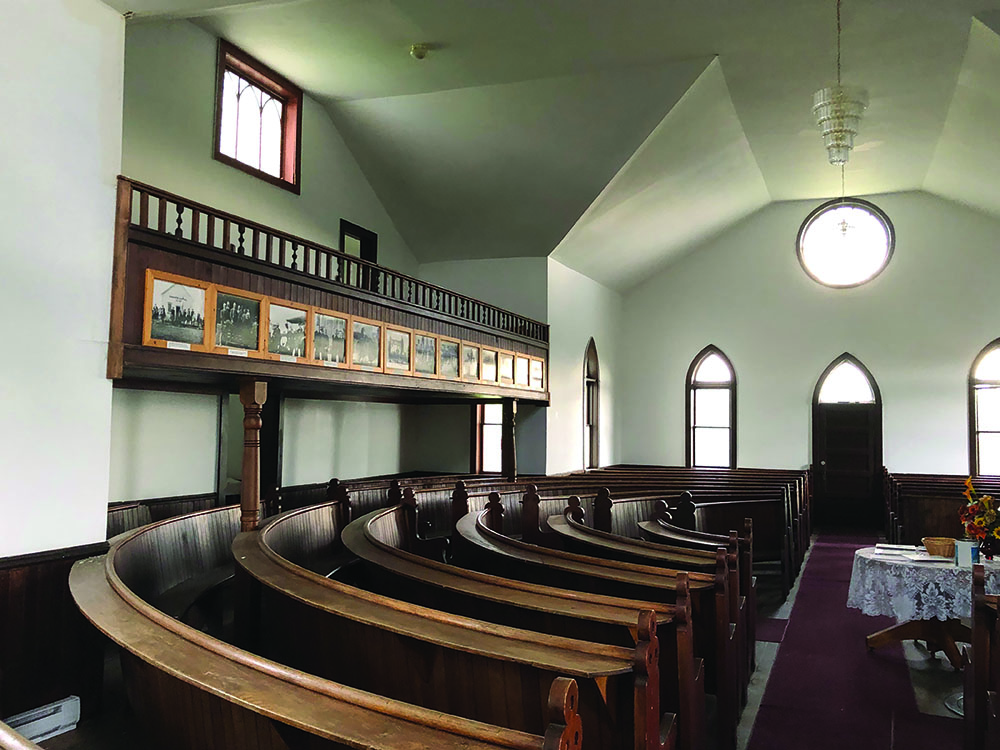 The Bekevar Heritage Foundation committee has a phased fundraising plan, says Daku, and it starts with getting enough money to prevent weather and animal damage going forward.

We have to try and raise $21,000 to get our preliminary work done on the church for keeping the elements out, he said. Our total fundraising goal for complete restoration is $220,000.

Last year we were approached by the Hungarian government, Esterhazy was able to get it together to receive funding from them, and now Steven Bonk is trying to put something together for us to try and reach for this money from Hungary.

The Bekevar Church is full of history, says Daku, as Hungarian immigrants came to Saskatchewanthen a part of the Northwest Territoriesand settled in Kippling in the early 1900s, eventually building the church.

A lot of people immigrated to North America from Hungary in the late 1800s, he said. In 1890 John Szabo came to Whitewood and on July 10, 1900 he and his two friends, Joseph and Aaron, established a new settlement known as what they call Bekevar.

My grandfather and his two brothers and father came here in 1902. They walked from Whitewood to Bekevar and established the land in 1905 when Saskatchewan became a province.

The community at one time had over 1,500 people. The church was a core foundation of the community, the country church was the basis for them. It developed and became what it is today, but now theres nobody there to take care of it. We still use it in the summer time for special services.

Thats why we want to fundraise to keep the church and its history. Its something were trying to do for the community. Were trying to preserve this for our history.

This isnt the first time the Bekevar Church has needed fundraising to help with a restoration project, and Daku says, the early support has been strong with people across Canada reaching out.

Basically were doing this due to necessity, he said. This church has been lifted and moved once already about 30 years ago when the foundation was giving away. Back then, people came up with money to help move it and restore the roof. Its gotten to that point again through time because weather takes its course and something needs to be done. Its still a beautiful church inside. I just want to bring attention to this because we want to save something that needs to be saved.

There are still people who come to it. We usually have a yearly picnic there and we get around 300 people from all over the country. Its there for people to use. There are so many connections to this one church.

Bringing attention to historical buildings like the Bekevar Church is a first step, and Daku thinks with the right support the church can last for many more years.

We have to pace ourselves because of funding, he said. Our stage one funding would be just to fix the roof, entrance way, the corners of the church where theres water damage, and wed have to have that done by November to achieve the Saskatchewan grant. Phase two is when well start to replace our windowsright now a lot of the windows are just pieces of plasticwell also need to replace our shutters.

Weve got a good small group of people who are supportive of this project. We want to make it known to more people.

Weve had some money come in already and well use all donations fully towards the church. Once we reach the phase one goal, the other money will be put away for the next project. It will all be documented and put to the use of this church.
Tweet