$10 billion in investment expected in Sask. mining in next decade 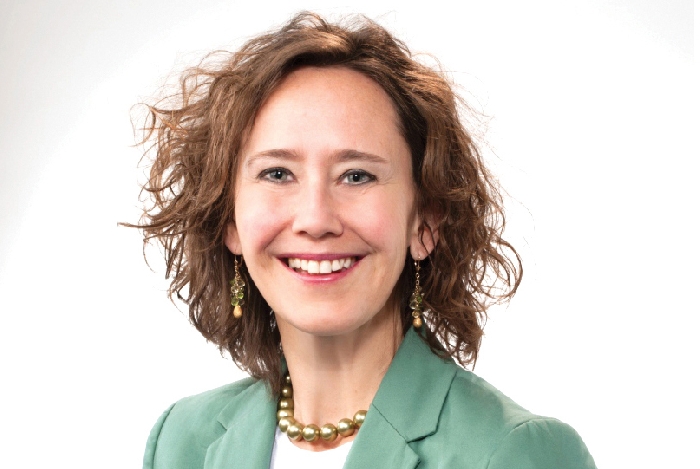 A ranking by the Mining Journal recently placed Saskatchewan as the number one jurisdiction in the world for mining investment opportunity in the publications World Risk Report Opportunity Index, a combination of perceived mineral potential and investment risk. For overall investment, Saskatchewan was one of only two jurisdictions that achieved the highest AAA rating. The report looked at five major areas, including legal, governance, social, fiscal, and infrastructure performance metrics. The report is based on survey responses from more than 900 mining sector professionals, combined with ten metrics from established, risk-related indices in determining the rankings. The report ranks 111 jurisdictions across 83 countries.

World-Spectator editor Kevin Weedmark spoke with Saskatchewan Energy and Resources Minister Bronwyn Eyre about the ranking and what it says about Saskatchewans mining industry.


From your viewpoint, how important is the perception of Saskatchewans competitiveness around the world to the future of the mining industry in this province?
Thats a great question. And of course its not just perception, although thats very important, but its reality, because we were competitive on a global scale and thats why were proud of this report.

But report or no report, the facts remain that Saskatchewan is a world leader in potash and in uranium and we have incredible potential when it comes to diamonds and base metals and precious metals, which is why we put in place the targeted mineral incentive, for example, which focuses on hot spots for those and encourages new companies to come to Saskatchewan.

But like any sector, the mining sector wants to invest and they want to operate in jurisdictions that are stable where royalty and taxes are transparent and governance and integrity are strong and where they can receive favorable returns.

And this report confirms what we already knowand Im happy to be biased in that regardthat thats all available here in Saskatchewan.

Are rankings like this useful in attracting investment to Saskatchewan?
To be one of the only jurisdictions in the world to receive an AAA, a triple A rating, for investment risk, is significant. You hope that attracts investment, because thats what companies are looking for and its a well respected report. The metrics are very solid.

Its been published since 2017, it does these jurisdiction-by-jurisdiction ratings across five core areas40 per cent legal, 25 per cent governance, 15 per cent social, 12.5 per cent fiscal and 7.5 per cent infrastructure. And thats how they get their investment risk index. So again, well respected, solid metrics and widely read which are all good things for investment.

And as a result of course we help Canada look good too.

The federal government has said they want to brand Canada as a place to invest for mining and I would think that reports such as this one would help them do that. And certainly Saskatchewan helps them do that.

Is there anything the provincial government needs to do to ensure that Saskatchewan remains competitive in the future?
Well I think we have to make sure that the permitting processes, thats one example, are as smooth and free of red tape as they can be, from the ministries of environments perspective.

For examplebecause you often have several ministries that have a bearing on these things and we all have to work together when it comes to competitivenesswe have to continue to get the word out about some of the challenges that the mining sector faces from a federal perspective.

Recently, as you know, weve had the clean fuel standards, weve had Bill C-69, weve had federal policies on everything from protected lands to caribouall of these have been of concern to the mining sector and we just have to remain vigilant about the changes at the federal level that are affecting or could affect competitiveness.

In this area weve had a lot of investment in the last decade at Nutrien and Mosaic. What kind of new investment, is the government expecting in Saskatchewans mining industry over the next decade?
Were always hoping to, of course, attract investment and there are a number of mining projects that are currently under development or planned in the province that could be constructed before 2030 and they involve potential investment of over $10 billion.

That is very exciting and is partly why in our growth plan we were pretty bullish about mining and the prospects for increased production in potash and uranium and other areas.

Is the government anticipating a lot of new investments from new players in mining or a lot of expansion from current players? How do you expect that to break down?
Theres some potential for expansion of facilities from existing producers but the majority of new mining projects that are being considered for construction would be new players in Saskatchewan. So again, its very exciting in that regard.

What minerals would you expect to attract the most new investment over the next few years?
There are projects being evaluated in potash and uranium, where, of course, weve been a longtime global leader.

But there are other minerals where we see significant potential and where there is significant movement, including diamonds, base metals, rare earth elements, lithiumthese are all attracting quite a bit of attention.

Ive said before that were making our way through the periodic table in Saskatchewan and certainly rare earth elements and lithium would be two examples of that.

So, there is definitely room for diversification and for building on the things we already do very, very well in the province.

How does it feel to have this acknowledgement from the Mining Journal of Saskatchewans competitive position?
It feels great. Because of the struggles of the last year, everything has seemed more delicate.

And mining has weathered things comparatively better than oil and gas, but thats not to say that there hasnt been challenges, so to have this come out after a difficult year is really a boost and is helpful.
Most of all, we want to focus on recovery of our economy now, and mining is a huge part of that, and so important for the province.

Its important for everyone in the province in terms of the opportunities it can create.

Its great to have this acknowledgement. We just have to keep building on what were doing and making sure we are doing it as well as we can.

Its targets include increasing the annual value of uranium sales to $2 billion, potash sales to $9 billion, and encouraging the exploration and development of strategic metals and minerals in Saskatchewan.

One additional deaths, 211 new cases of Covid-19 in Saskatchewan February 25

One additional deaths from Covid-19 in Manitoba February 25

One additional deaths from Covid-19 in Manitoba February 24

Guidelines for worship in Saskatchewan have limited the number of individuals who can attend a service through the COVID-19 pandemic. Each church h...

No additional deaths from Covid-19 in Manitoba February 23