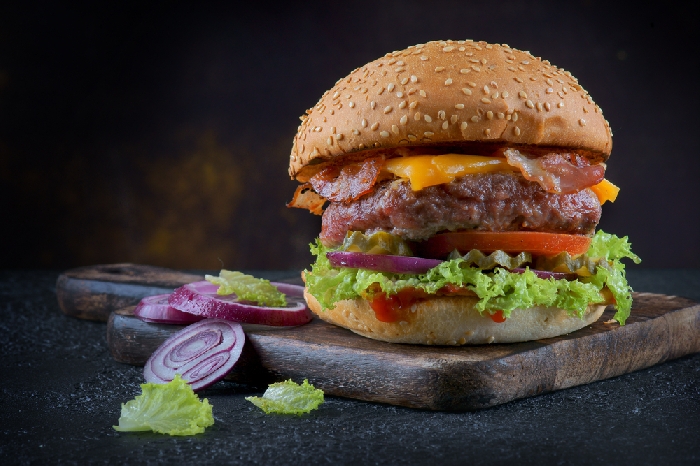 Canadian Ag Day is almost here, and normally that means Sharpes Crop Services spends the week at schools in the community teaching students about the importance of agriculture. This year, like many events, it has had to be altered due to the Covid-19 pandemic.

Knowing the importance of Ag Day, Sharpes didnt want to just let one of their most important weeks of the year go to waste. Instead of cancelling, they adjusted and came up with Burger Week.

Burger Week will be taking place from February 22-26 in Moosomin and will not only be incorporating the importance of Canadian agriculture and homegrown ingredients, but will involve seven local restaurants to emphasize the importance of shopping and eating locally to support businesses.

The seven restaurants involved are the Red Barn, the Witchs Brew, Dairy Queen, TJs Pizza, Cork & Bone Bistro, Fleming Windsor, and the Crate House. Each of the seven restaurants will come up with a burger that only uses Canadian ingredients and those who order one of the Burger Week burgers will be entered into a draw to win $500 in Moosomin Bucksevery Burger Week burger a customer eats will give them another entry.

Sharpes Branch Manager Hayley Senkowski says when Sharpes realized Ag Day wouldnt be able to be celebrated in the same way as in a normal year, they wanted to ensure they gave the community some sort of Covid-19 safe event that would promote Canadian agriculture.

Normally at Sharpes we try to do something for Canadian Ag Day, whether we do a customer barbecue or we go into the schoolswe try to promote Canadian agriculture in some way or another, said Senkowski.

This year with Covid and everything, we were trying to think of something else we can do in the community to bring awareness to Canadian agriculture in the community and all over Canada. Thats where the Burger Week idea sprang from, mostly because we wanted to do something to support local and support the restaurants, also because cheeseburgers for one are good and two, they can incorporate different Canadian productsbeef, vegetables, etc.

After reaching out to the local restaurants to gauge interest in Burger Week, they were on board and like Senkowski they think it can be a great way to promote both Canadian agriculture and local business while having some fun.

We approached the businesses in town to see who would be on board and we sort of challenges them to create a burger that reflects Canadian agriculture and Canadian ingredients in some way or another and then have a feature burger that week from February 22-26, she said.

Any customers throughout the community can go order a feature burger at any of the restaurants and then theyll have their name entered into the draw and on the draw they can fill out which burger they think is best so far, which was most Canadian, and do that stuff just for fun! 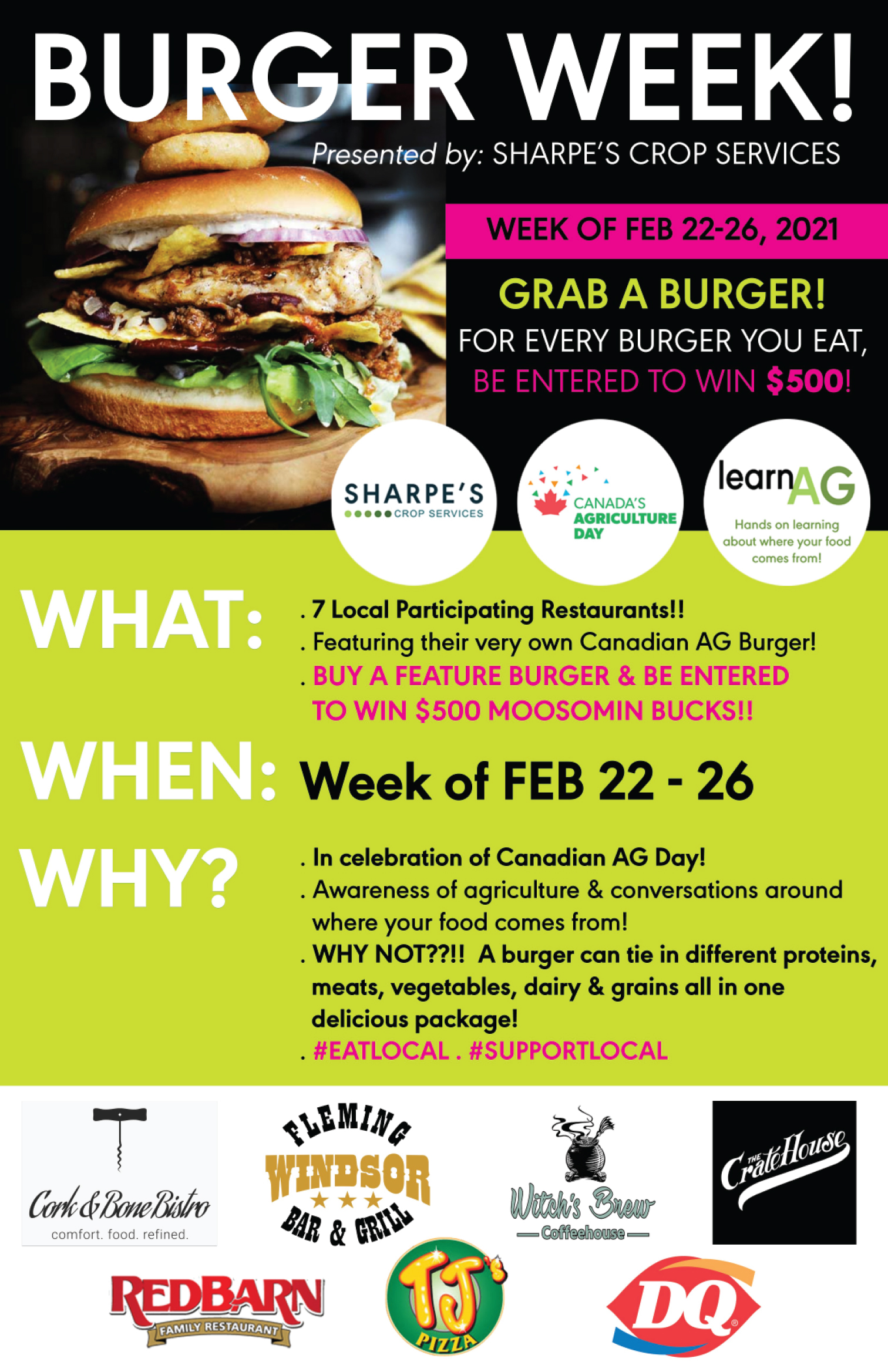 To bring attention to Burger Week, Sharpes has been posting videos at each restaurant on Facebook to create buzz for the event and Senkowski says she hopes the community buys in and tries as many of the Canadian ag burgers as they can.

I think theyre all pretty excited, she said. Weve been doing little Facebook videos with each restaurant to try and promote it throughout the month and we talked to Sandra (Garrett) at the Witchs Brew and she said, I think its like a festival and its something to look forward to! Itll bring the community and Im hoping people get on board and support it. I know it might be hard to eat seven burgers, but you can share them and its just one week!

Agriculture is the backbone of Canada and Senkowski wanted to ensure Sharpes could continue to bring attention to the importance of it, especially with the ongoing pandemic.

She says being able to tie Canadian agriculture and supporting local into one week long event in the community was the perfect outcome even if the circumstances forcing the change werent ideal.

We wanted to do something that would get the community to do something together that maybe wouldnt be too much effort, but still got people talking and talking about Canadian Ag Day and a few different things were doing, she said. We left it up to them (creating the burgers) to use what works for their restaurant and it actually surprised me how many were using Canadian ingredients already.

A lot of them are using beef from Saskatchewan or Alberta, and Sysco (food distributors) actually has a lot of Canadian supplied food as well. So a lot of them are already using Canadian ingredients and just had to tweak things just to make it even more Canadianfor example, if you wanted to use some Canadian bacon or incorporate maple!

With little going on during the pandemic, Sharpes is hopeful Burger Week can be a bit of an escape for people while they indulge in some of the best burgers Moosomin has to offer.

I think were quite fortunate, especially in Saskatchewan where are businesses and restaurants are still functioning  she said. I think this is a nice way to bring more awareness to agriculture and the restaurants and get people out and about, but still keep them safe.
Tweet