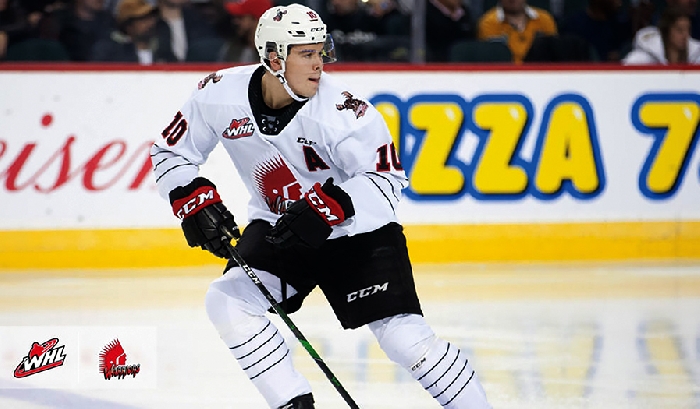 Moose Jaw Warriors General Manager Alan Millar and Head Coach Mark OLeary have announced that 18-year-old Daemon Hunt, who grew up in Moosomin, has been named Captain ahead of the 20202021 season.

Leadership is all about influence, commented Head Coach Mark OLeary. Daemons attention to detail, professional preparation, and unmatched compete level make him a natural leader. I know Daemon is excited and is ready for the responsibility.

Hunt was drafted by the Warriors 15th overall in the first round of the 2017 WHL Draft. Entering his third season with the Warriors, Hunt has 29 assists and 37 points in 94 career games. He was selected by the Minnesota Wild in the third round, 65th overall, at the 2020 NHL Draft. He is the 34th Captain in team history.

Hunt excited to back playing hockey as part of WHL East Hub
by Travis Longman
The Western Hockey League received good news on Feb. 12. It was announced that the league will return with an Eastern Hub city. Regina will be where the Regina Pats, Moose Jaw Warriors, Saskatoon Blades, Swift Current Broncos, Prince Albert Raiders, Winnipeg Ice and Brandon Wheat Kings will all battle it out for supremacy in a 24-game schedule.

For me, its extremely exciting to finally get back playing with Moose Jaw, says Daemon Hunt, captain of the Moose Jaw Warriors. Its going to be a great time with all the guys and playing again. Its definitely interesting playing like this."

For me, I experienced a bubble earlier this year in World Junior Camp. But Im just thrilled to get back and play. The bubble can be a bit intimidating at first because we cant be in the outside world. But your perspective changes really fast and its going to be an awesome time.

The east joins the central and U.S. divisions that have been granted permission to play. The B.C. division was still waiting for approval last week. The Central division returns on February 26. The Eastern Hub begins March 12 then a week later the U.S. division opens up on March 19.