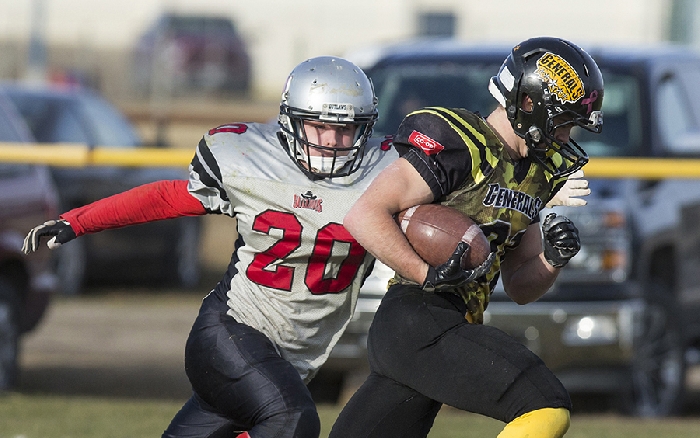 Jayse Easton gets a touchdown for the Generals in the semifinal game. Kim Poole got this great photo.

The Moosomin Generals will be hosting the Rural Manitoba Football League final game at the Battlefield TOMORROW, Saturday, November 4 at 2 pm

The Generals, undefeated all season, advance to the league final after winning the south semi-final 84-6 over the Parkwest Outlaws.

The Generals will be taking on the Dauphin Clippers in a rematch of the 2016 final.

Dauphin won 40-31 in their semifinal game over the Southwest Sabres.

Dauphin had the second best record in the RMFL with only one loss all season, and that loss was to the Moosomin Generals.

The Generals are hoping for a great crowd for the first ever league final at the battlefield Saturday!

Come out and cheer on the Generals