Jessica Campbell wins $70,000 for charity on Battle of the Blades 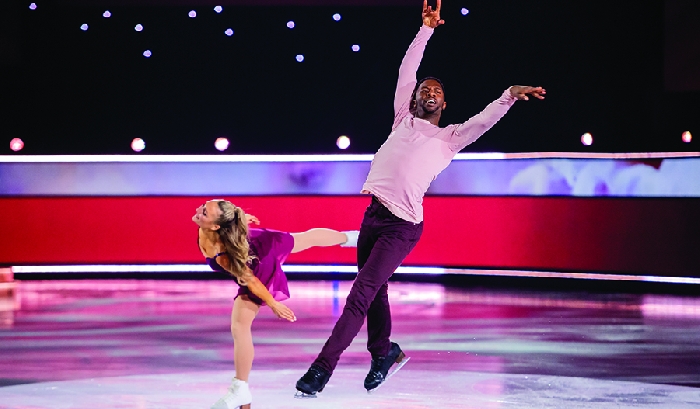 Rocanvilles Jessica Campbell competed on CBCs Battle of the Blades. Campbell and her partner Asher Hill finished in second place, winning $70,000 for Do it for Daron and Freedom School diversity initiatives.

Its not every day someone from rural Saskatchewan makes national headlines, but at this point, the community Jessica Campbell grew up in is used to seeing her do just that. The former member of Canadas womens national hockey team has won multiple medals for her country, played professionally in the CWHL, and is now an accomplished power skating coach.

She can now add another accolade to her long list, after she and her partnerCanadian figure skater Asher Hillwon $70,000 for charity on the sixth season of CBCs Battle of the Blades after finishing in second place. The $70,000 will be going towards Do it for Daron and Freedom School diversity initiatives.

Ending up as a star on Battle of the Blades was never something Campbell expected, but when fellow Canadian womens national hockey team member Natalie Spooner proposed the idea to her, she thought it could be something fun and exciting to try.

It was kind of an interesting route of how I got involved, she said. They have a process for recruiting and they were looking for different athletes and its been kind of an odd year with Covid and hockey being uncertain at the time. Last spring and summer I was coachingbecause Im now a full-time skating coachand I was actually working with Natalie Spooner in Kelowna. Shes a judge on the show and shed previously been on the show and shes a former teammate of mine, so she was actually the one in the conversation with the cast. She asked me if Id consider going on the show and if Id move to Toronto for a few months and I said sure, so thats how it started. It seemed like a cool idea and adventure and its for charity so it was a unique, but cool opportunity and so I jumped on it and signed up.

Despite her background as an accomplished hockey player, making the transition to performing as a figure skater was a tricky transition, but Campbell says seeing it all come together in the end for a great cause was a rewarding experience.

The entire process from start to finish was two months, but we started with a bootcamp and we essentially learned to figure skate in that timeframe where we met our partners, coaches, and choreographers for the first time before the show aired, she said. Figure skating is a lot of basic stand on your feet and figure it out before choreographing performances and learning how to skate with a partner. So that was the first couple weeks and in that process we started learning the choreography for routines.

As soon as week one hit, it was just go, go, go because of the nature of Covid and we had to stay in our bubbles and we were in a really secure bubble of testing and staying in a pod of our team and it was every single day with us all having the same schedule. It was a two-hour skating session, one-hour off-ice sessioneverything you do on the ice you learn off the ice first and then you put it on the iceso that process, plus the media, costume fittings, hair and makeup, all the TV stuff behind the scenes that happens day-to-day and week-to-week. Essentially we filmed the show every five days, doing an episode live to tape.

It was a definitely exciting, but intense process because not only were we doing something completely foreign to our sport as hockey players, but also were so far out of our comfort zone on the entire experience of performing on a stage to that level and putting ourselves out there and telling our personal stories and represent our charities and what it all meant.

There was a lot of physical, emotional, and psychological highs and lows, which was always exciting and I think it was the constant adrenaline of going for two months straight that youre so in it and trying to stay present and enjoying all of it, that it was a lot to take in and looking back it was a whirlwind of, what just happened? It was really cool and being able to watch the episodes each week and see them backits one thing to be doing these performances, but then watching it and seeing what it kind of created for the rest of the world to see was really powerful. 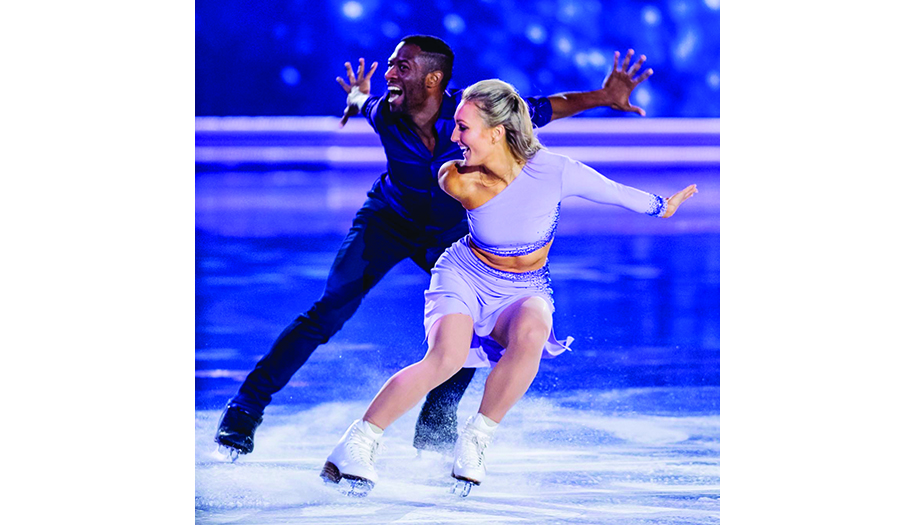 It was neat to be able to do something of that nature on that magnitude of a stage in a Covid world where its such a trying year emotionally, mentally, and physically, and theres so much sadness in the world, that I think being able to do that for charity gave it that much more weight and there were so many important stories being toldwith the skaters and athletes representing so many important causes. For me, skating for mental health, its been just a year where mental health more than ever is that much more prevalentit put a lot of weight and meaning behind every day. Even though it was an intense and difficult adventure, it was definitely worth it and I built a lot of amazing relationships.

For me there was a lot of professional growth because as a skating coach on the hockey side of it, learning to figure skating definitely stretched my perspective and my knowledge base for skating. Theres no better way to learn and grow as a professional in that field than to do it firsthandthere was a lot of falling and a lot of trying, but it was amazing, especially knowing I was representing small-town Saskatchewan and being able to bring joy and laughter to people was a lot of fun.

Campbells charity of choiceDo it for Daronsupports education, awareness, and research initiatives at the Royalone of Canadas foremost mental health care, teaching, and research hospitals. Its named after Daron Richardson, a 14-year-old who died by suicide in 2010 and was started by her parents, Luke and Stephanie Richardson, to help support youth mental health.

Behind it all knowing what we were skating for made it all worthwhile, she said. Showing up at the rink every day even though we were dead tired and my body was broken, pushing through the aches and pains, and for me a lot of tears and frustrationnever in my life have I felt that uncomfortable. We go through a lot of different emotions, experiences, and challenges as athletes, but thats within your own sport and expertise and its easier to push through that.

When youre pushing through that and have no idea what youre doing with the fear of putting it on national television every five days, its a whole other level of what the heck am I doing? But knowing that there were charities to bring awareness to and conversations to start and with the chance of winning proceeds to go to your charity, it just brought that much more meaning to it all. Knowing that helped us find the joy in it and push through the tough times.
Tweet