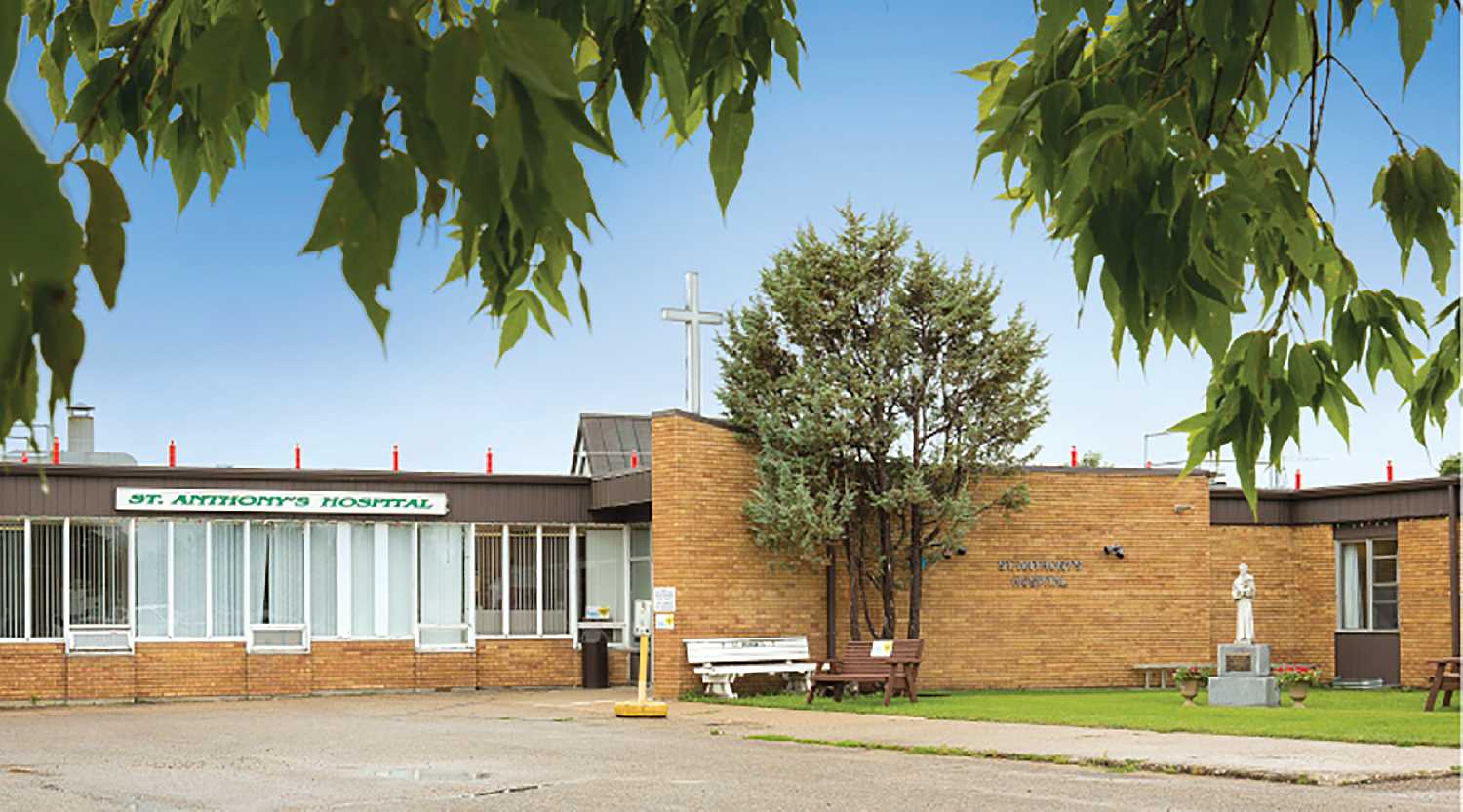 In response to some questions that arose regarding fundraising for a new integrated hospital and care home in Esterhazy, St. Anthonys Hospital Foundation and Esterhazy and District Charity Golfwhich have been actively raising money for the project since 2009decided to release an update on the project.
The update reads as follows:


In 2009 St. Anthonys Hospital Foundation and Charity Golf started fundraising for an integrated hospital and Care Home facility, not just a hospital. The existing hospital was built in 1966 and the Care Home in 1967 and both are in poor condition.

The provincial formula for building new health care facilities is that the community(s) pay 20 per cent of the cost plus equipment and furnishings; however, if a community raises the 20 per cent it does not commit the government to proceeding with the project. While some people think that the project will never proceed, they are wrong. Esterhazy is, and will continue to be, an exception in rural Saskatchewan. As rural Saskatchewan continues to decline in population, Esterhazy and surrounding communities, will not. We need the government to commit their 80 per cent of the funding.

The support of the community, local governments, Mosaic and corporate sponsors has been tremendous. While we cannot be sure without a detailed architectural plan what the total cost of the project will be, we have taken the 2011 study numbers and attempted to allow for inflation. The number we are using for the community share is $10 million. To date, the fund sits at $10.25 million made up of 25 per cent cash and the remaining 75 per cent is commitments to be paid when the government proceeds with the project.

Our new doctors that come to Esterhazy are already in Canada and were doctors in other countries. To become licensed to practice in Canada they are required to enter a qualification program. In Saskatchewan, this program is called the Saskatchewan International Physician Practice assessment. They write exams and demonstrate their abilities to qualified Saskatchewan physicians and, if they pass, are placed in communities like Esterhazy. They commit to stay for three years.

Most of these new doctors come from major Canadian cities and, unless we can find ways to make them welcome in our community, after three years they will return to the cities. Esterhazys fifth doctor arrives in early September.

Doctors work their normal daytime schedule and then are on call for evenings and weekends. With five doctors they will be on call every fifth day and every fifth weekend which allows them to have a life other than work.

Other health care professionals are also hard to attract and retain in rural Saskatchewan. This includes nurses, lab personnel and X-ray Techs.

Many rural Saskatchewan towns are struggling to maintain emergency services. We need to find a solution in Esterhazy. The decision was made to purchase four houses for two reasons: 1) to attract doctors to our community and, hopefully, encourage them to stay and purchase the house and, 2) investment purposes. The building fund cash is invested in GICs which, in the last few years, has paid about one per cent. The houses are currently rented to doctors. With the rent the doctors pay on the houses the return on our money is about four per cent. When the government proceeds with the project we will take out mortgages on the houses to free up the money.

Since Charity Golf began in 2001 they have contributed about $1.3 million to equipment and upgrades at the hospital and Care Home in addition to their $3 million commitment to the new facility. When donating to the hospital and Care Home, Charity Golf focuses on items that can be transferred to the new facility. If we need to spend money on the existing facilities, we will find a way to do it.

With Covid, the Charity Golf event, which is the largest healthcare fundraiser, has not been held for the past two years. In 2020 and 2021 Charity Golf has canvassed for funding for capital for the hospital and Care Home. This years request is posted on Facebook. The items noted total $66,000 (which includes an ECG machine) plus the initiation of funding request to replace the X-ray in 2023/24 ($500,000).

To improve communication with the communities and, hopefully get some donations, St. Anthonys Hospital Foundation and Charity Golf are building a website: Esterhazyhealthfoundations.ca. We expect to have the website operation within the next two to three months.

The community has been very supportive to fundraising and recognizing the value of the doctors, nurses, technicians and other workers at the hospital and care home, especially during the stress of Covid. You are doing, and can do, a lot to make Esterhazy a welcoming community where people want to work in health care.