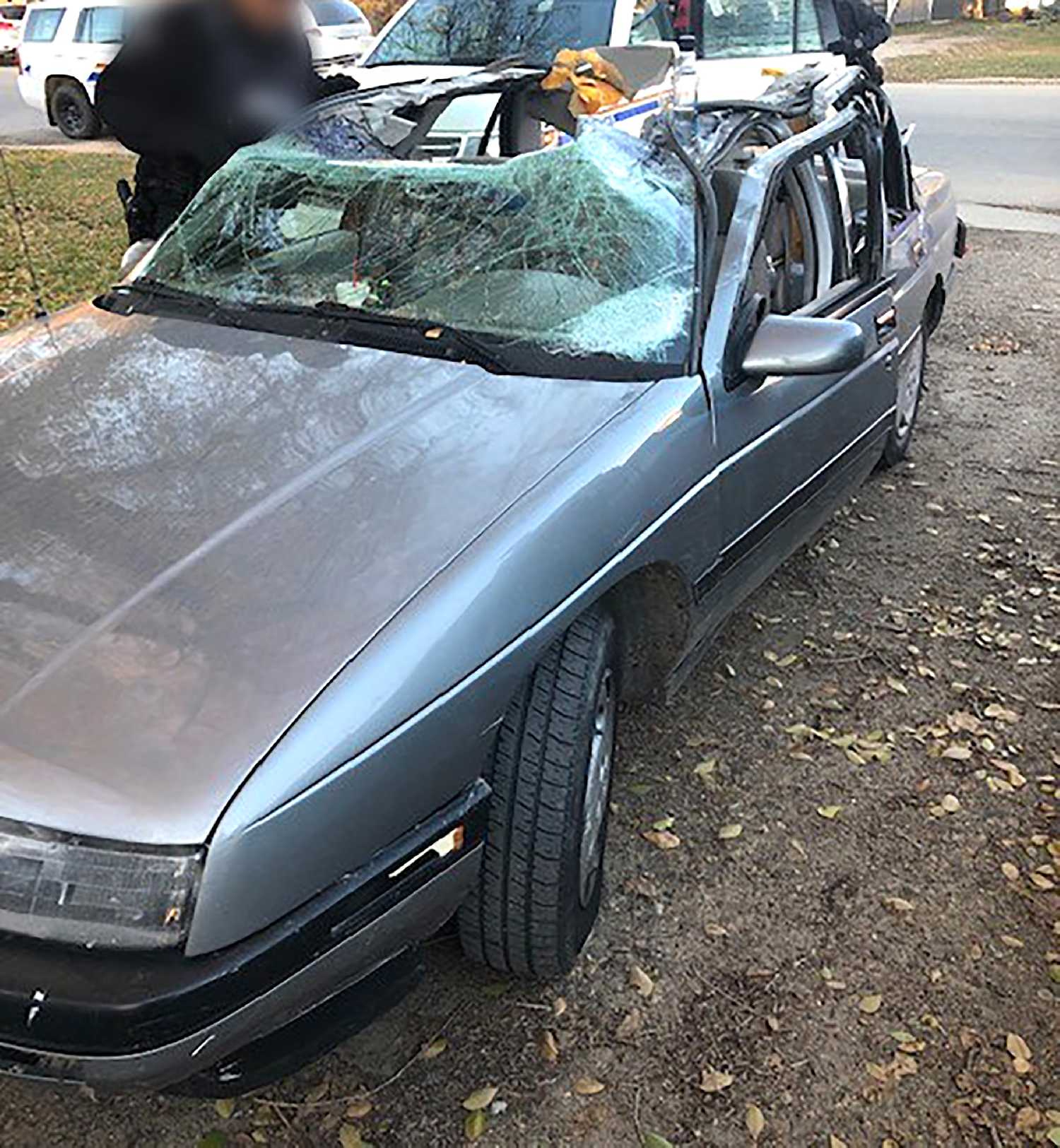 Around 5:00 p.m. October 21, 2021, Glaslyn RCMP responded to a report of a northbound car that had attempted to pass another vehicle on the shoulder of Highway #4 approximately 32 kilometers south of Meadow Lake. The car struck a semi hauling a trailer that was turning in front of them. The cars roof was completely torn off after colliding with the semi. The car continued traveling on the roadway and did not remain at the scene.

Around the same time and date, Meadow Lake RCMP responded to a report of a car travelling northbound on Highway #4 with extensive damage; the windshield was destroyed and the roof torn off. Officers located the vehicle and activated their emergency equipment, but the driver continued traveling into the community of Meadow Lake. 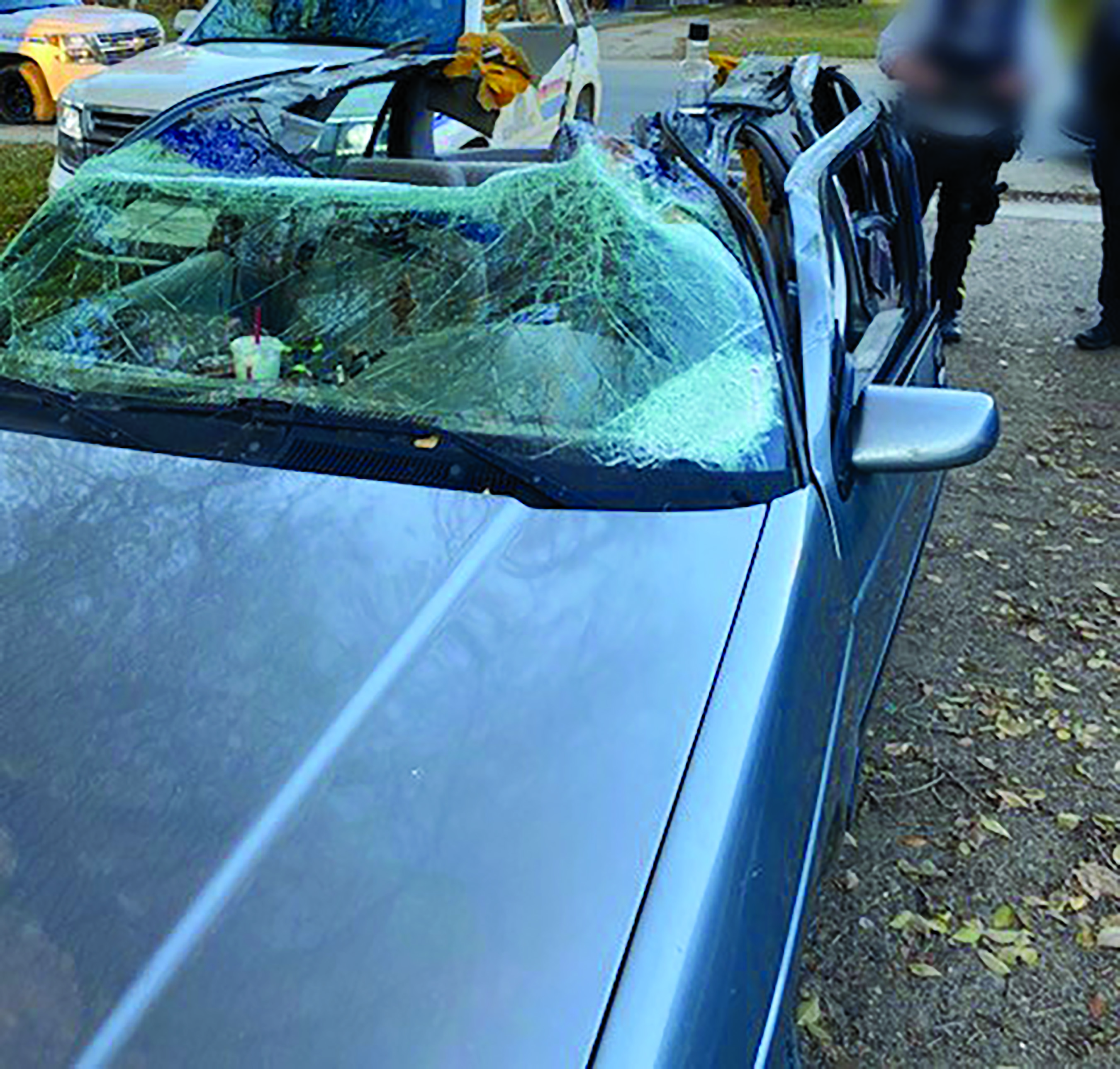 Officers continued to follow the vehicle, which drove through the city and stopped at a residence on the east side. Once it was determined the lone female driver was not injured, she was transported to Meadow Lake Detachment. She was then re-assessed for any injuries.

Further investigation determined she was intoxicated and determined to be around four times over the legal limit.

The state of this car speaks for itself, shares S/Sgt. Ryan How, Meadow Lake RCMP Detachment Commander. Ive responded to many impaired driving investigations as a police officer. This incident could have been tragic. I'm thankful in this instance no one -- not the individual or the members of the public travelling on the same roadway -- was injured.

A search of the car yielded six empty and one half-full alcohol bottles.

A 27-year-old female from Meadow Lake is charged with:

We will provide the court date and time when it is confirmed.
Tweet