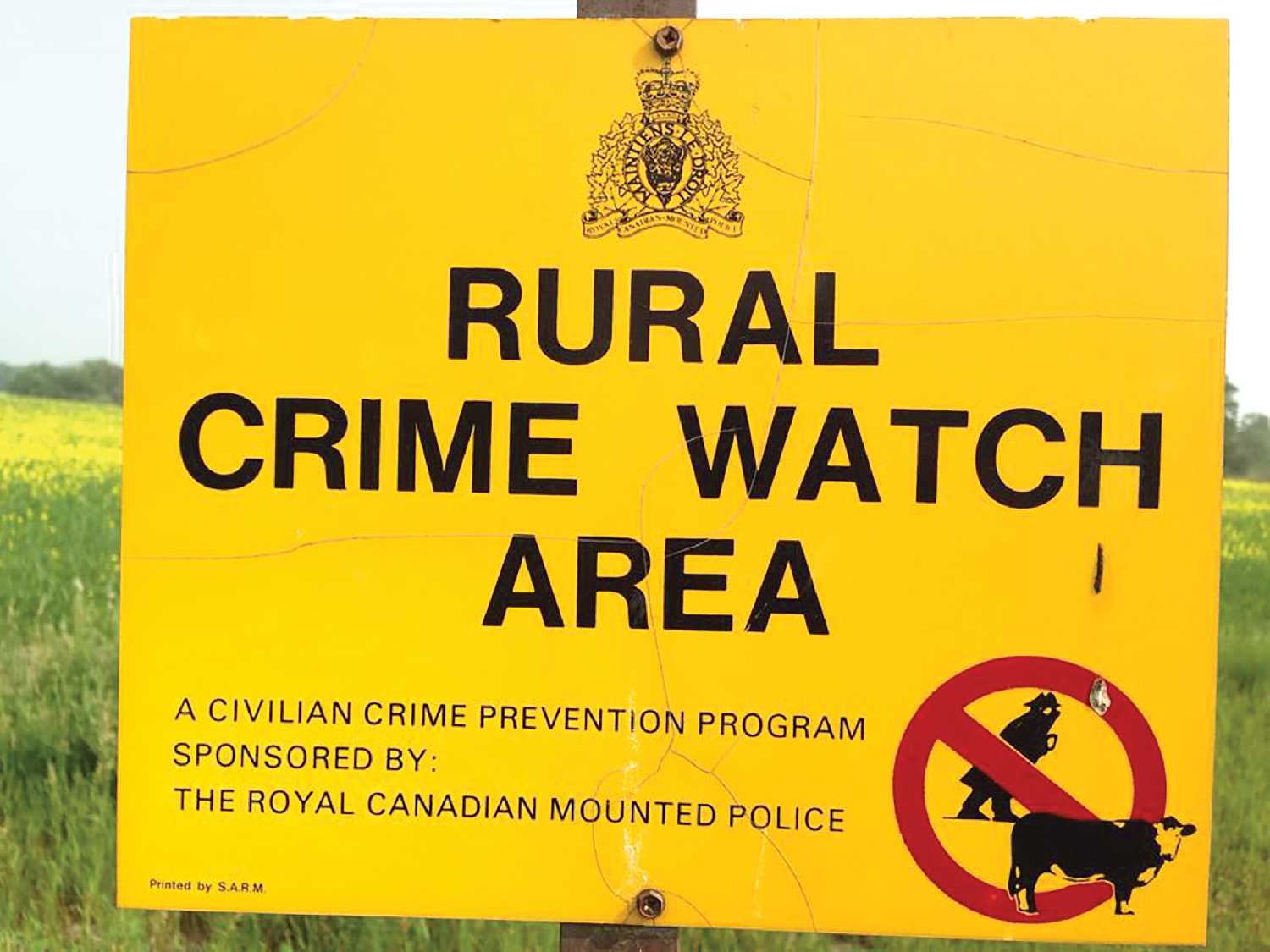 The Saskatchewan Rural Crime Watch Association has elected its first Board of Directors to assist local areas with the development and sustainability of local Crime Watch groups.

Ray Orb, the president of the Saskatchewan Association of Rural Municipalities (SARM), says rural crime across the province is a huge issue.

For some time at least for a couple of years, rural crime is still an issue. We believe its still too high, thats why we are addressing it by looking at this provincial wide association, says Orb.

Its still a big problem, we still get a lot of reports and I know the RCMP do too. Whether its about break-ins, property theft, vandalism, a lot of those numbers are too high. Its the safety and well-being of a lot of those rural people, in some areas they might not feel safe because that area may have had a lot of break-ins or a lot of thefts in their area. Its an issue, you know safety, damage to property in some cases it is pretty high. Theres a variety of issues behind that but its still a priority for us.

Orb says he hopes one of the outcomes to come from this provincial crime watch association is for citizens and organizations to be aware of whats happening in their rural areas.

Were hoping for better ways to communicate with the local crime watch associations and the organizations, SARM, SUMA, the RCMP and the Ministry of Corrections as well. Were hoping to really get the information out there from the RCMP. One example is to keep your eyes and ears open, looking to see whats out there in rural areas.

It might be a rash of break ins, something like that. The awareness is there and were hoping to better facilitate this through this provincial light association by sharing this information, and creating better awareness along with providing feedback from RCMP, he says.

The most common crime that occurs in rural areas in Saskatchewan is drug trafficking, Orb says.

According to the RCMP, theres a certain amount of crime thats created by drug trafficking. Theres people out there needing money because of the drug trades and there are a certain number of gangs out there as well. Honestly people travel across the country more now and in some cases, we are getting people from other provinces that are taking drugs across rural areas.

Through the Saskatchewan Crime Watch Association, citizens are able to report an incident to the association and from there, the RCMP will follow up on the case.

To participate in the program, Rural Crime Watch volunteers will have to complete security checks with their local RCMP. The role of members is to observe, record, and immediately report all unusual or suspicious vehicles or occurrences to their local RCMP detachment, or 911 in the case of emergencies. The RCMP, in return, will inform the Rural Crime Watch group when there is criminal activity in the area.

By reporting suspicious activity immediately to the RCMP or 911, volunteers become the extra eyes and ears for local police when they may not be in their area, says Orb.

This non-profit association led by SARM, SUMA, Rural Crime Watch members, the RCMP, and the Ministry of Corrections and Policing is a community-led and police- supported program dedicated to preventing and reducing criminal behaviour. Its an initiative both SARM and SUMA hope community members will actively support by becoming volunteers.

Rural Crime Watch has already been proven successful. Statistics show that areas with organized Crime Watch programs tend to have a significant reduction in criminal activity, including theft of equipment and grain, vandalism, dumping of garbage, break-and-enters, and cattle rustling, Orb says.

With this association currently in effect, he says hes hoping to reduce rural crime across the province. Im hoping this does make a difference for when we look at the stats for rural crime numbers, that when they are reporting the numbers, we are seeing a reduction. I think to some extent they are making a difference already, because there are a number of RMs already working. But Im hoping that we see a larger drop, especially when we look at the stats now compared to a year before or a couple of years before, we want to see a difference. Thats really our goal, Orb says.

Were happy about this and hope it makes a difference, theres still a lot of work ahead of us but weve got lots of help from our local crime watch associations already. Weve got people who have been really promoting this. Part of this crime watch network would be either councillors, reeves in the RM and some local people too that are helping us promote this. As well the RCMP too. We are really thankful to them and the ministry, also SUMA, we are really thankful for working together on this project.

Other local crime associations, and organizations like SUMA and the RCMP will be working very closely with the Board of Directors of the Saskatchewan Rural Crime Watch Association.

Our communities have always looked out for each other, says SUMA President, Rodger Hayward. We share a common goal of wanting safer homes and safer communities, and starting a Rural Crime Watch program in your area makes that goal actionable. Simply put, working together helps the police solve and prevent crime, which makes our communities safer places to live.

The Rural Crime Watch Association is already in Effect, as a team of Board of Directors is in motion.

The inaugural Board of Directors meeting is being planned for the near future where a President and Vice-President will be elected.