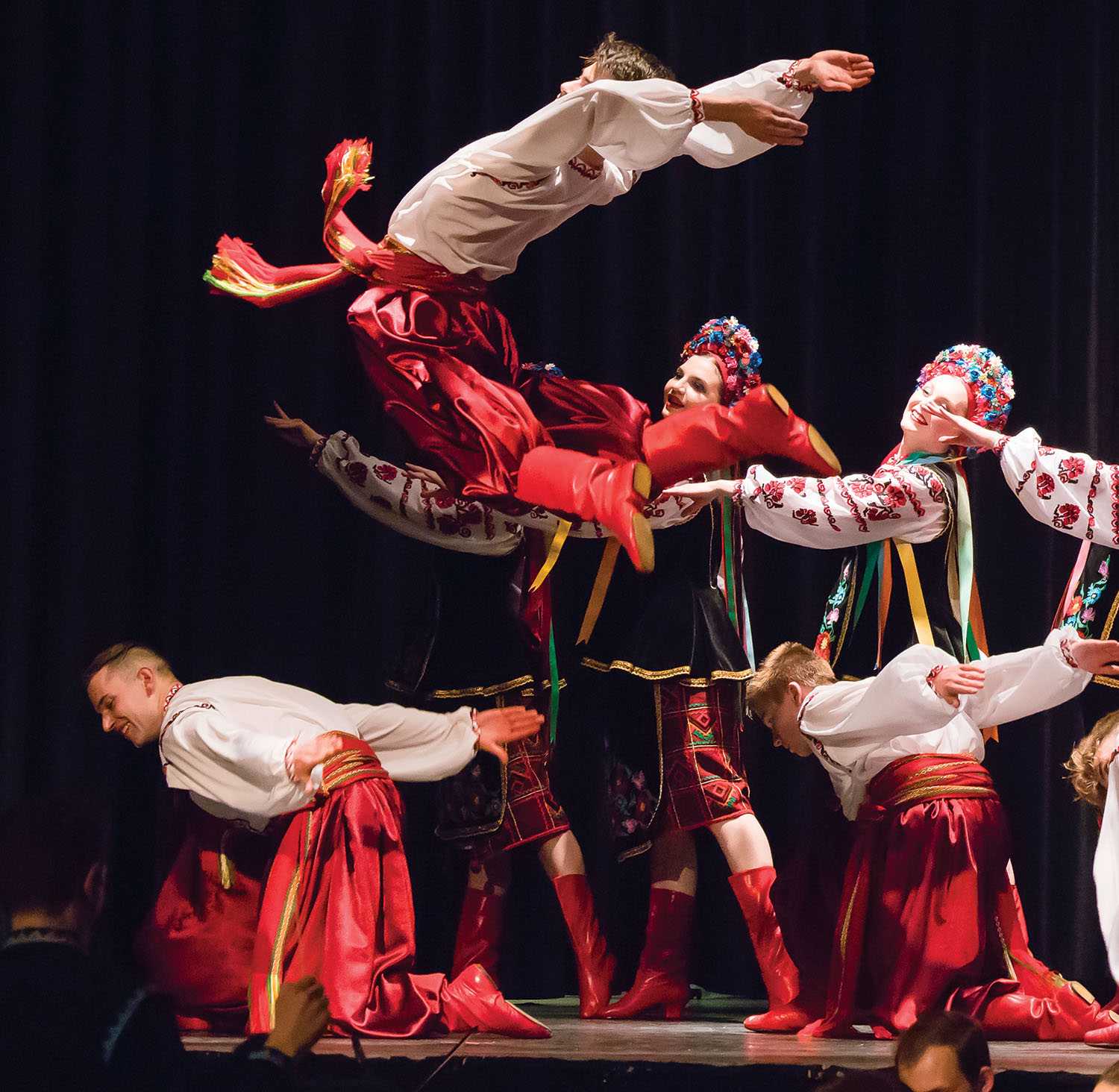 Poltava Dancers
A member of the Poltava Dancers leaps in the air during a fundraiser for Ukraine held in Moosomin April 30.
Kim Poole photo

A massive fundraiser organized by Moosomins Ukrainian community April 30 also turned into a welcome for a Ukrainian refugee who had arrived in Saskatchewan only two days earlier.

The sold-out fundraiser featured food prepared by Moosomins Ukrainian community and a performance by the Poltava Dancers.

The Ukrainian community planned the event to raise funds to provide support for Ukraine.

The event succeeded in that, and also provided a taste of home for a newly arrived Ukrainian refugee.

The community of Wawota has been working hard to prepare for the arrival of the first Ukrainian refugee family in their community.

Andrii Mishtal arrived in Saskatoon Thursday, April 28, and Kevin Kay of the Wawota committee was there to welcome him.

Mishtal arrived ahead of his family, who will be following from Ukraine.

Kay helped him with paperwork in Saskatoon on Friday, April 29, and the next day drove him to his new home in Wawota.

The stop in Wawota was brief, as there was just enough time to drop off Mishtals belongings at the house where he and his family will be living in Wawota, before continuing on to Moosomin to make an appearance at the fundraiser.

Mishtal was introduced from the stage during the performance, and the crowd gave him a standing ovation. See page 3 for a full story on Mishtals arrival in Canada.

Moosomins Ukrainian community, meanwhile, is working on bringing several Ukrainian families to the area, and Wawotas committee is looking at bringing more.