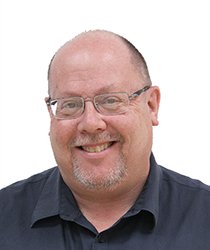 Kudos to the town of Moosomin and the RM of Moosomin for getting together and trying to get Energy East off the shelf.

Getting the $15.7 billion project going again would be a multi-pronged effortTransCanada cancelled the project after spending more than $1 billion preparing for it.

The cancellation was TransCanadas decision, but it was brought about by the federal governments decision that it was changing the terms of reference for the National Energy Boardand the board is now going to take into account all upstream and downstream emissions from oil flowing through pipelines.

Will the government be willing to look at rescinding that requirement? Will the Saudi dispute be enough to convince the government that it makes no sense to impose such a restriction on Canadian oil flowing through a pipeline when it would be replacing oil currently sourced from Saudi Arabia and the United States?

We have to hope so.

I spent much of the day Monday on the Enbridge right-of-way with a handful of journalists, politicians, First Nations leaders, and business leaders. We were there to see the start of construction on the Line 3 replacement project.

We know that Conservative leader Andrew Scheer is in favor of constructing more pipelines and taking another look at Energy EastI have spoken to him about that several times over the last few months as you will know if you have been reading the World-Spectator faithfully.

If you believe the words that came out of the mouth of Federal Public Safety Minister Ralph Goodale Monday, the current government believes pipelines are important. By the way, you can read every word he had to say on the issue on page 23 of this issue.

There are some who would question that, but keep in mind it was under the current government that the Line 3 project currently under construction was approved, as was the TransMountain pipelinethe first pipeline approved to take Canadian oil to tidewater in decades. If the federal government knows or is beginning to understand the importance of pipelines, and the official opposition strongly believes in the importance of pipelines, then maybe Energy East has a chance to be revived.

To that end, the Moosomin Chamber of Commerce has invited the main party leaders to come to Moosomin to explain their position on pipelines.

The efforts by the town and RM to bring up the issue of Energy East shows that they are serious about working to ensure a bright future for the area, and in this case bringing an issue to the public that needs to be discussed again at the federal level.

Their decision to bring in Sinc Harrison to work on the file was wisehe has contacts at every level of government and lots of experience in government relations.

It will be interesting to see where the issue goes from here, but good on the town and RM for bringing it up.

On Thursday, I was down at Kola for the annual harvest day for the Cross Borders Growing Project.
Its amazing to see communities come together for projects like this! There was a huge crowd for the harvest kickoff, and at the end of the day organizers hoped to raise $750,000 for the neediest people in our world, after government matching grants kick in.

This wasnt just a Kola eventthere were people there from Moosomin, from Maryfield, from Virden, from Elkhorn, from all over, and all of the major ag dealers in the area were represented.

There are annual growing projects in both Moosomin and Kola. Thank-you to everyone who supports these projects and helps those who cant help themselves.