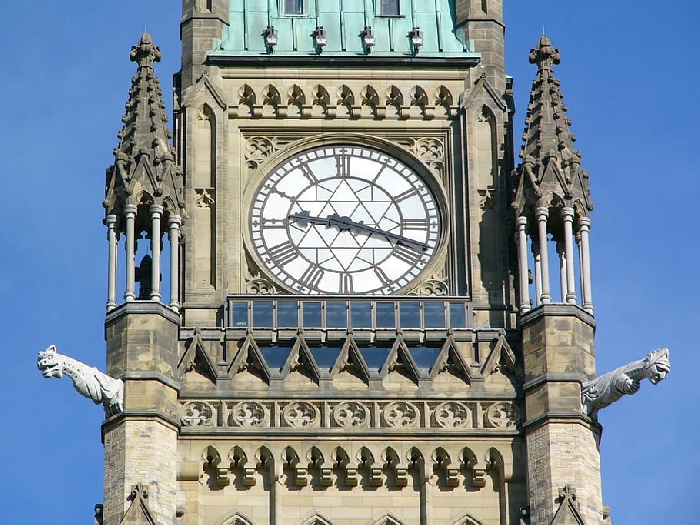 Canadas debt will hit $1 trillion within weeks, according to the Fall Economic Statement, and the Canadian Taxpayers Federation is calling on Finance Minister Chrystia Freeland to release a credible budget to control spending.

A trillion dollars in debt is a sadly historic milestone and our kids and grandkids will be stuck with these bills, said Aaron Wudrick, Federal Director for the Canadian Taxpayers Federation. Its inexcusable that the Trudeau government has gone more than 20 months without so much as presenting a budget because Canadians deserve a credible plan to get runaway spending under control.

The fiscal update includes $100 billion in stimulus funding to be spent after the economy begins recovering.

Alarmingly, there are no fiscal targets, and the government actually pledged to add another $100 billion in debt after the pandemic ends, effectively committing to spend money before it even knows what to spend it on, said Wudrick. There doesnt seem to be any place where the Trudeau government has even tried to save money and theres no tax relief. A pandemic isnt a free pass to cynically increase spending on everything, especially when taxpayers are struggling.


CFIB welcomes business support, concerned over tax increases
The Canadian Federation of Independent Business (CFIB) said it welcomes todays Federal Fall Economic Statement, and particularly the news that several changes and extensions were made to key COVID-19 support programs for small business. Highlights the CFIB said are important include:

 An increase in the Canada Emergency Wage Subsidy (CEWS) to 75 per cent for the hardest hit small firms
 An extension in both the wage and Canada Emergency Rent Subsidy (CERS) at current levels until mid-March
 An extension in the Canada Emergency Business Account (CEBA) loan program until March 31, 2021
Confirmation that the $20,000 CEBA loan top up will also apply to the Regional Relief and Recovery Fund (RRRF) program
 A new program (Highly Affected Sector Credit Availability Program) to provide low-interest loans of up to $1 million to some hard hit businesses

"These are welcome changes to key programs and will provide a greater ability to plan for the very uncertain next few months," said CFIB president Dan Kelly. "Still, it is disappointing that government has not announced further fixes for new businesses and self-employed Canadians, who remain ineligible for nearly all of the key support programs. While we welcome the return to a maximum wage subsidy of 75 per cent, CFIB notes that a firm must have a 70 per cent loss in revenue to qualify for this amount compared to a 30 per cent loss during the spring lockdowns. Also, small firms desperately need to know when they can apply for the additional CEBA loans, which will offer another $20,000 loan of which $10,000 is forgivable."


Taxes to go up on January 1
CFIB has asked the federal government to delay the upcoming Canada Pension Plan premium increase as the group says small businesses are in no position to take on new costs at the start of 2021. CPP premiums will rise by 3.8 per cent and, for those at or near the maximum pensionable earnings of $60,000, they will see more than a 9 per cent increase in their premiums. The federal carbon tax is also set to increase at the start of the new year.

"These added costs will make it even harder for businesses to hire staff, make investments they have had to put off as a result of COVID-19 and get back to normal as quickly as possible. Delaying these tax increases should be a priority in the days ahead," said Kelly.


Wheat Growers say farmers forgotten
With the release of the Fall Economic Statement 2020, agriculture and specifically grain farmers were expecting to be at least acknowledged as leading the economic recovery from COVID-19, says the Western Canadian Wheat Growers.

"At the very least, this government should have voiced their support for grain farmers by ensuring that all rail blockades will be immediately dealt with and the rail lines kept clear. The illegal blockades earlier this year and most recently this past weekend, caused delays in our grain delivery and the potential loss of foreign markets."

"The Groundhog Day announcements of previously announced support for supply-management is tedious at best. While the government provides funding for certain industries that should be competitive globally, they have done nothing to support the grain and oilseed sector when they dont enforce our existing free trade agreements. The grain sector has lost almost $4 Billion due to non-tariff trade barriers and political missteps.

"Meanwhile, the Federal Government fails to negotiate an updated AgStability agreement with the provinces. Grain farming is currently stable, but the Business Risk Management program needs to be updated for future upheavals," said Jochum.

We have many concerns with what the green transformation will actually mean to grain farmers. We have been embracing new technology and carbon sequestering for decades and the government gives us zero credit for our work. They refuse to recognize the impact of their decisions or even consult with us on future policy, said Jeff Bennett, Saskatchewan Director for the Wheat Growers.


Pallister welcomes business support, says more health funding needed
"Protecting health care is the top priority of our government and all Canadians, and will continue to be," Manitoba Premier Brian Pallister said in response to the federal fiscal update. "We need the federal government to make a real commitment to a renewed and strengthened federal-provincial partnership on health care. The percentage of federal support has never been lower; the need for more health-care funding has never been higher. COVID-19 has made that need even greater. We are long past the point where the federal governments delays and postponements in addressing this issue will suffice  it is time for real action from the federal government.

"However, the broader health-care cost consequences were not referenced and this will be the focus of our discussions at the upcoming First Ministers Meeting with the prime minister in early December. We must remember that it is only by defeating COVID-19 that we can allow our economy to fully restart and grow.

"We look forward to a dedicated federal action on the health-care front as too many Canadians are being affected by delays in necessary surgeries, treatments and tests. This can and must be addressed by a rebalancing of the national Canadian partnership on health care with the federal government taking its rightful place as a true funding partner by increasing its share of the Canada Health Transfer to 35 per cent as requested by premiers and required by Canadians."