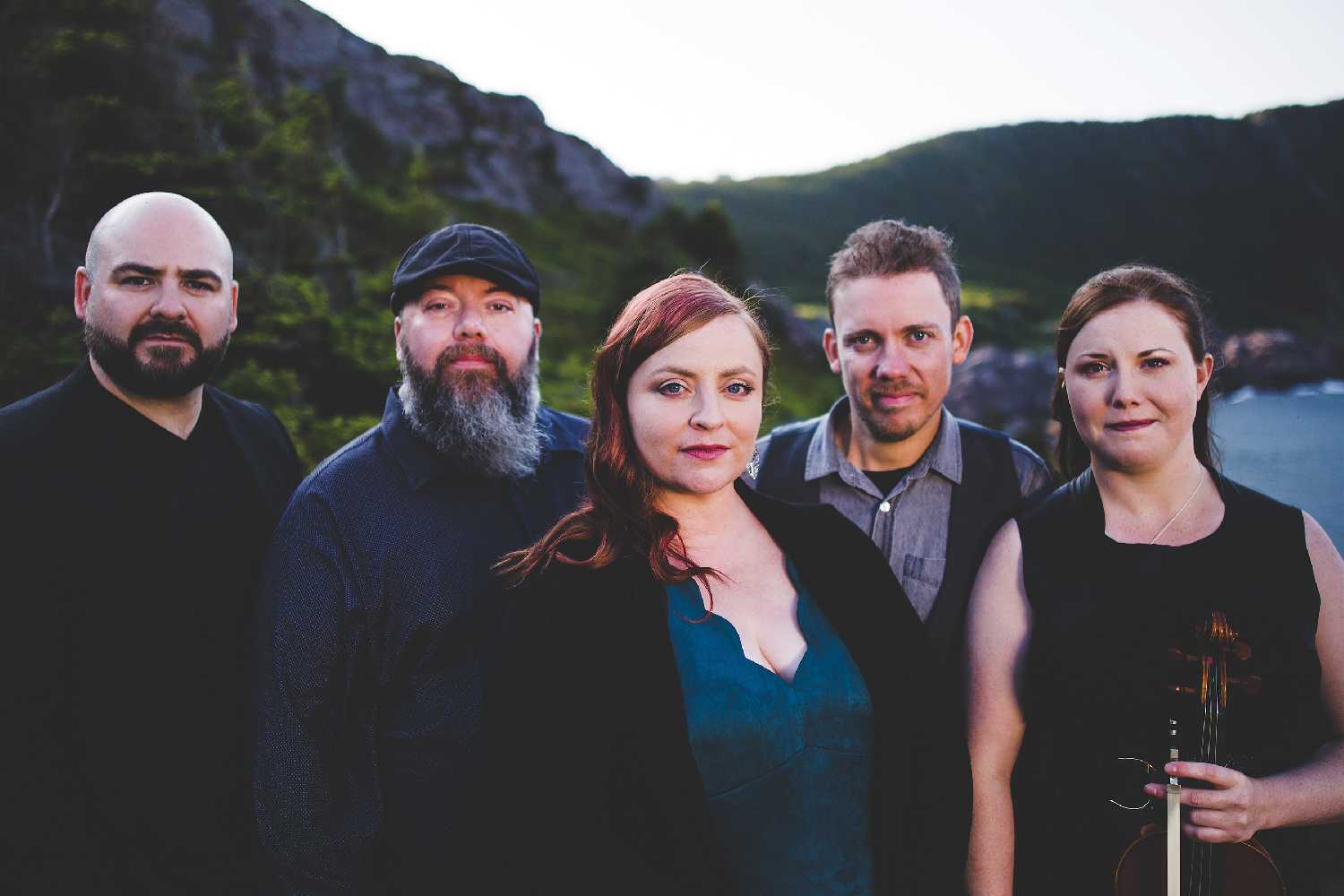 The Derina Harvey Band is looking forward to performing in Moosmin again on November 26.

The Moosomin Shrine Club is holding its annual fall fundraiser on Friday, November 26 with the Derina Harvey Band performing following a supper.

This is the seventh year the Shrine Club has hosted the annual fundraiser as a way to raise money for the community and for the patient travel fund for families travelling to Shrine Childrens Hospitals.

Bill Thorn with the Moosomin Shrine Club says the fundraiser has been a success every year.

Before this, we had a project where we sold tickets and took people out for supper at our homes and we thought it really only involved two or three members, so we wanted to come up with a project that broadened it a bit more. And the Conexus Convention Centre was relatively new. It was a good facility for that and we thought lets try something a little different. We thought maybe if we did this project it might be something we do throughout the whole province and every Shrine Club might pick it up.

We thought maybe we could get a celebrity and do a tour. Burton Cummings or someone like that come to Moosomin, go to Weyburn, go to Moose Jaw, go to Prince Albertmake a two-week tour and maybe he does a few shows a week.

While the tour idea never grew wings, the annual fundraiser in Moosomin did, and has sold out every year. It looks like this year is on track to be the same.

This year, we sent out a letter to people who have supported us throughout the years, and from that letter we got a lot of advance bookings, says Thorn. Weve still got some tables left.

Thorn says the date also works well for businesses looking to use the event to host early Christmas parties.

Each year the club tries to pick a different performer for the event. The Johner Brothers, Eli Barsi, Ray St. Germain, and the Bromantics are some of the groups that have graced the stage at the Conexus Convention Centre over the years.

The Derina Harvey Banda band with an east coast Maritime soundhas performed at the Shrine fundraiser before, and will be back for a second time by popular demand. Thorn says the band is looking forward to performing in Moosomin again.

He says the Shriners love organizing the fundraiser each year.

Theyre good for building morale in the club and keeping the fellowship part of our fraternity together. Its a fair bit of work. Two days we basically set up. Theres a group of us doing the work in advance. The last two days we go to set up the hall ourselves and then theres a group that helps in the kitchen.

Funds from this event are split half and half, staying in the community and going toward the patient travel fund.

Fifty per cent we retain for our community purposes. The rest of it goes to support the Wawa Temple toward the patient travel fund, says Thorn. When kids or children are going to Shrine hospitals, a lot of them are out of the country or the only one we have in Canada is Montreal so it costs money to get the kids to the hospitals. There are around 100 Saskatchewan children in the Shrine system at any one time. They need to be transported and thats for the most part where our money goes when it goes outside of Moosomin.

Otherwise we try to support community needs in the community as best we can.
With Covid-19 cancelling the fall concert in 2020, Thorn says this years show also gives people a chance to get out and socialize again at a fun event with live music and lots of friends.

I think this year in particular its more as a community activity to bring people into a gathering, have a few laughs, see a bit of a good show, he says.

Thorn adds that local musician, entertainer and comedian Mark Humphries will be emceeing the event this year to add a touch of humor and flair to the event.

Hes agreed to be our emcee this year and were really pleased, he says. So I think hell be something new to add to our show as a feature.
Those looking to purchase tickets at the event can buy them at the World-Spectator office or call Thorn at 306-435-9790. Etransfers for payment are accepted at moosominshriners@sasktel.net.

About the Derina Harvey Band
Derina Harvey leads the award-winning ​Celtic Rock group, the Derina Harvey Band (dHb). With a show that offers a fresh take on traditional folk songs as well as a few originals, Derinas vibrant personality takes center stage with humour, storytelling, and, of course, her powerful vocals. dHb has been ​likened to a rockier version of Canadas Great Big Sea​,​ if fronted by Adele​, and has earned a reputation as a ​high-energy live show​ that leaves many an audience out-of-breath and hollering from their seats!

The group has spent the last year writing some new music and enjoying a huge wave of new online followers from across the globe via TikTok, where there was recently a sea shanty craze. dHbs recording of Tom Lewiss The Last Shanty was used in thousands of videos on the platform, introducing the band to a whole new generation of listeners.

The band is currently writing music for a third full-length album, with a new original song. A full album will be finished late 2021/2022.