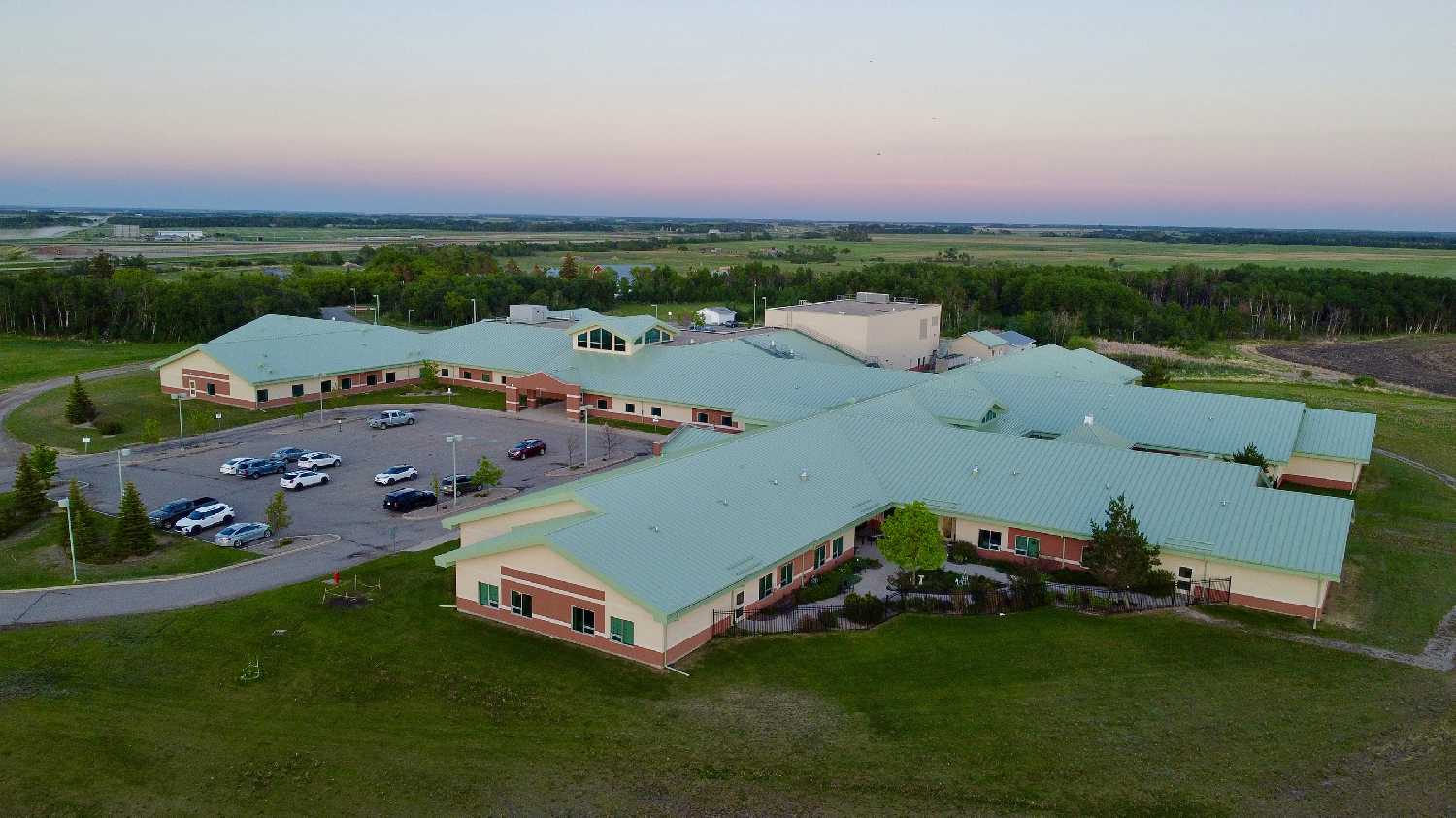 The Southeast Integrated Care Centre in Moosomin. The Southeast Family Medicine Residency Program and the push for a CT Scanner for Moosomin are two of the projects under way that will help take the area to the next level. Editor Kevin Weedmark took this drone shot of the care centre.

A lot of things are happening in our little corner of the world that are laying the foundation of the areas next step forward.

Our communities have grown in recent years, and a few projects coming up will help take the Moosomin area to the next level.

Take a look at some of the things taking place in Moosomin right nowall of them in conjunction will help take this area to the next level.

1) The University of Saskatchewans Rural South East Family Medicine Residency Program. Moosomin has been hosting medical residents for two-month stays to introduce them to rural medicine. That will be expanded next year as four medical residents will be placed in southeast Saskatchewan for their entire residency. Two of them will be based in Moosomin and will spend short periods of time in smaller communities to learn rural medicine in very rural settings, and in larger communities to gain experience in some specialties. The following year, those residents will enter their second year of residency and a new group will start, so there will be four residents based in Moosomin at that point, and helping serve surrounding communities as well. Already there are signs that hosting residents for short periods may help the long-term recruitment aims of the Moosomin Family Practice Centre. The strong core of doctors is one of the strengths of Moosomin. A program that may help strengthen it, and bring medical residents to the area to work alongside the strong complement of doctors, should be welcomed.

2) The expansion of Moosomins Airport. Its hard to express the value of an extended runway to the area in dollars and cents, but adding the new, longer runway at Moosomins airport will have some benefits in terms of attracting some businesses to the area, but most importantly, will make Moosomin more accessible for the Saskatchewan Air Ambulance. The Southeast Integrated Care Centre is an important medical centre for the entire region, and adding a quick connection to Saskatoon through the air ambulance will literally be a lifesaver for some people.

3) The effort to bring a CT Scanner to the Southeast Integrated Care Centre. The Moosomin and District Health Care Foundation wrote to Saskatchewans health minister to ask about a CT Scanner for the facility. They made the very good points that Moosomin is two hours by road ambulance from a CT Scanner, and that there are more people living within 100 km of Moosomin than within 100 km of two communities that have CT Scanners. SEICC is becoming a more important medical centre all the time. A year ago you had to go to Regina to have your cardiac device checked. Now that can be done at the SEICC in Moosomin, saving a lot of time for people in the area. The CT Scanner would be a great addition to the SEICC and again, a literal lifesaver.

4) Cobblestone House. Local investors are getting behind Cobblestone House, a new facility that will employ 15 people, add 42 units of assisted living and long-term care, and will fill a gap in Moosomin. Many people see Moosomin as a great place to retire, and this facility will add to that appeal.

There are many more things going on behind the scenes. A group is in the very early stages of putting together a mental health and addictions treatment centre in Moosomin, so that people facing an addiction issue dont need to leave the area for treatment. We have had several new businesses open in the last while in Moosomin alone (and three of them will introduce themselves to the business community at the October 19 Moosomin Chamber of Commerce meeting), there are many more looking at the area, and the potash, oil, and manufacturing industries that underpin the local economy are all looking strong. Vaderstad is expanding, and both Nutrien Rocanville and Mosaic Esterhazy are buidling for the future.

But those four projects listed above, the CT Scanner, the airport expansion, the family medicine residency program and Cobblestone House, will together help take this area to the next level.

Heartbreaking loss
Our heartfelt condolences to the family, friends, classmates, and teachers of Carter Lawrence and to everyone who is touched by the loss of this young man.
For students at McNaughton High School, losing two fellow students in the space of five months has to be devastating.

These young people are dealing with grief that they should not have to face at their age.

For Carters family and friends, this is also something no one is prepared forlosing someone at such a young age, with a lifetime of potential ahead of them.

This was a devastating collision for the family, the school, and the community. All we can do is offer our most sincere condolences.