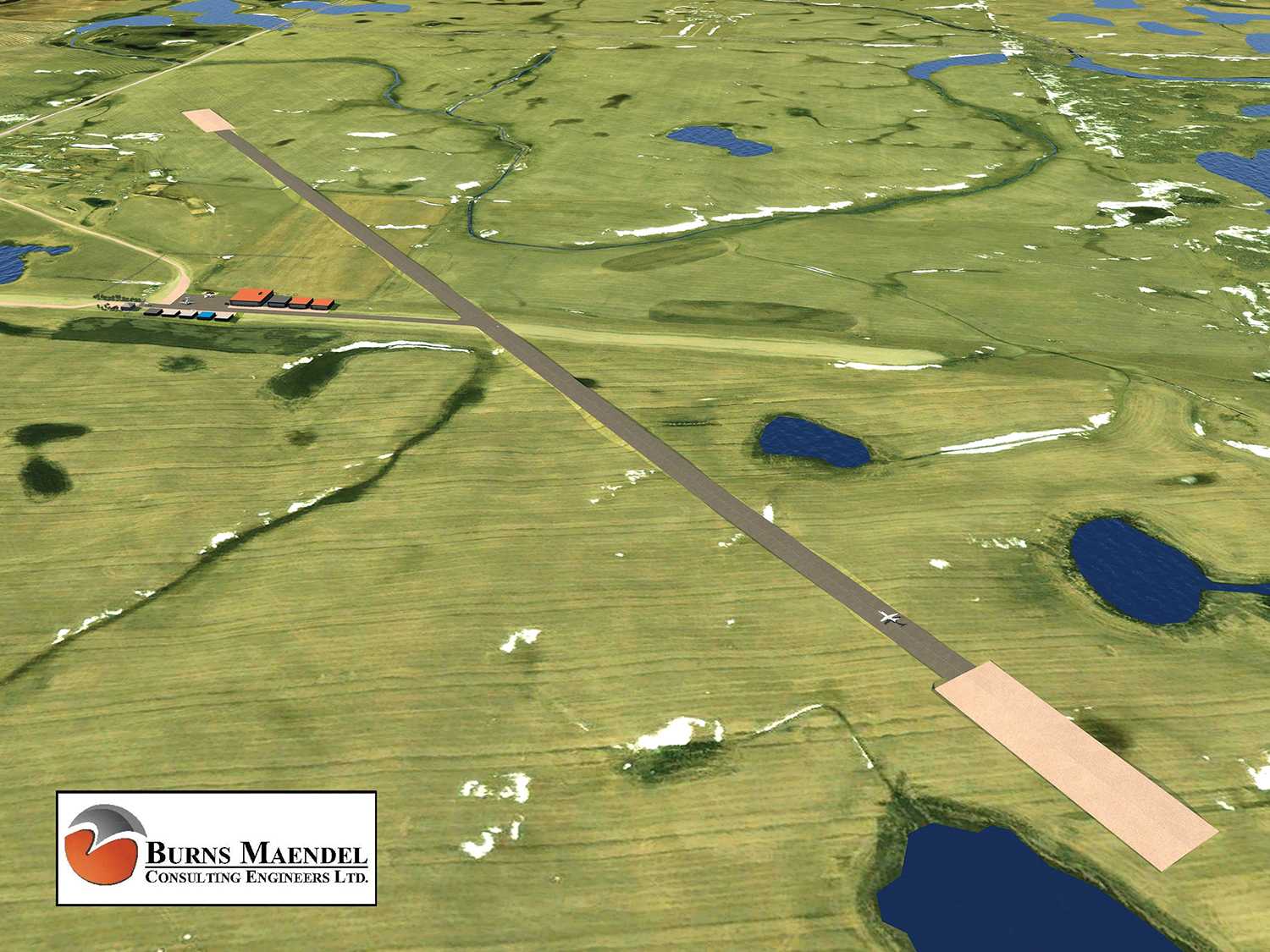 Airport expansion The engineers drawing of the expanded runway at Moosomins airport. The longer, paved runway would accommodate the Saskatchewan Air Ambulance.

There has been an anonymous $50,000 donation toward Moosomins airport expansion project.

RM of Moosomin CAO Kendra Lawrence said she was amazed to receive the anonymous donation. I just said Wow! Its amazing when something like that comes out of the blue. There was no message other than they felt it was a valuable project for the community.

She said she couldnt believe the size of the donation.

At first I thought it said $5,000 then I took a better look and saw it said $50,000. I was surprised. I was shocked. I am excited some people are getting behind the project in such a big way.

One of the main reasons for the airport expansion is to accommodate the Saskatchewan Air Ambulance. Local doctors say the combination of a CT Scanner in Moosomin and a longer paved runway would literally save lives for stroke patients.

Lawrence said the $50,000 will make an impact on the airport project, which will create a 5,000 foot paved runway at Moosomin.

This will make a huge difference, and it can be matched by the provincial government with the CAP grant if were successful in getting it.

The Community Airport Partnership grant is a maximum $275,000 per year grant through which the province matches local contributions to airport projects. The Moosomin airport expansion has received the maximum grant through the program for three years in a row, for a total of $825,000. CAP grant funding has not yet been announced for this year.

From all sources, including 14 municipalities contributing funding, the project has now raised more than $2 million.

The RM of Moosomin has also applied for a grant under the Investing in Canada Infrastructure Program.

That funding stream would be necessary to keep moving at a larger scale, Lawrence said. Im hoping the ICIP funding is approved very quickly.