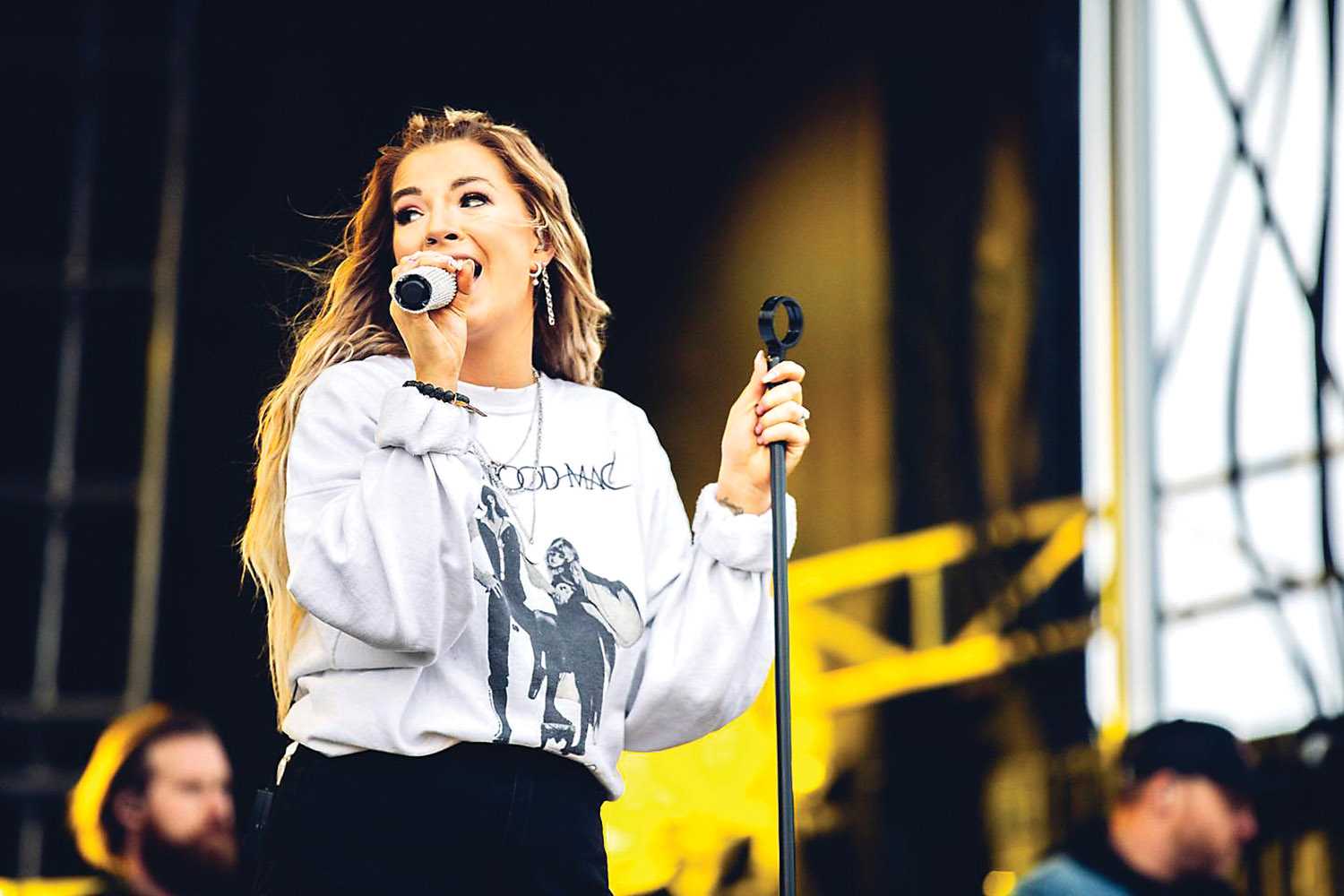 Organized by the Moosomin Shriners, country singer Jess Moskaluke will be performing an acoustic show in Moosomin on November 10.

As part of her Mapdot tour this fall, country singer Jess Moskaluke will be performing for crowds in Toronto, Montreal, Ottawa, Winnipeg, Calgary, Edmonton, Vancouver and Moosomin.

Organized by the Moosomin Shriners, an acoustic show on November 10 will be part of Moskalukes cross-Canada tour.

The show will be part of the Shriners annual fundraiser, which includes a dinner in addition to the performance.

We have a pre-concert meeting every year where we sit down and come up with ideas on how to move the concert along, said David Korth of the Moosomin Shriners.

Someone suggested we should try and contact Jess, so we took a shot and it actually seemed to work out.

The Moosomin Shriners thought having a local country singer perform at their annual event would help reach a broader audience.

The Shriners are sort of undergoing a makeover, were looking to attract more members of the younger generation and we thought this type of performance would help with that, Korth said.

From concerts in pervious years we may have catered to a more mature audience. This year we thought we could liven it up a little bit because theres lots of people who like the opportunity to attend an evening show, but may not necessarily have this style of entertainment here, he said.

This will be the eighth year the Shrine Club is hosting their annual concert fundraiser. Korth said every year the show sells out.

For the work we do, I think its nice for everyone to have equal opportunity to purchase tickets for an event were hosting, he said.

The Shriners are very loyal to the support they receive through the community, we will be sending everyone who got tickets last year a heads up. Thats already about 50 per cent of spots, it doesnt leave a lot of tickets available for everyone else so were hoping by getting the message out more, we might attract younger or a broader audience.

For this years show, the club will begin selling tickets on August 1.

Its amazing the community support we get for it, its very impressive to see that much community involvement, said Korth.

I think its a great way to help and give back to the community. Were trying to look to the future, theres a lot of ideals and practices that the Shriners have used for years and years, eventually you have to update and modify to keep up with the times which is what were hoping to be able to do because I think its a very important initiative were doing here. The longer we can keep it going, the better off it will be.

Aside from Jesss performance, were working on some dinner entertainment and trying to get a local band from here. There will also be a presentation from Carter Browns family, hes a fellow who has been through the Shrine hospital system before. It will be great to have him so that everyone can know what were doing here.

Korth said the purpose of the Shrine concert is to raise money and spread the message about what the Shriners do.

The main goal of the Shriners is community fundraising, this event will definitely involve the community, it will get the message out for what we do, and certainly help with our fundraising, he said.

The concert may have not been of interest to people before, were hoping this might cater to a broader audience. Were also doing things this year that we havent done in the past to reach a different audience that way and open it up to everyone is what were hoping.

The rest of the proceeds go towards events that happen in the community and for any projects that we support.

Korth spoke about what the Moosomin Shriners initiative focuses on.

Were a service club for the local community here, we generate all our income from fundraising. We try to donate most of that back to the community through different projects, as well the main Shrine club in Regina, he said.

My personal motivation for being part of the club is I like to give back to the community. I moved out here six years ago when they closed our mine in Sussex, New Brunswick, and we received nothing but welcoming feelings and great support when we got to Moosomin.


Organized by the Moosomin Shriners, an acoustic show on November 10 will be part of Moskalukes cross-Canada tour.