The age of civility has entered a dangerous time

If you believe our hard-won social norms are worth keeping, you must become truly active to stop this cancer before it metastasizes 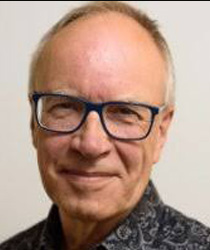 Canadians are front-row spectators to the swelling social chaos in the United States, so close that we can feel the heat, sweat and blood. So close, in fact, that we need to worry about collateral damage.

Just as the reckless language chosen by that country's elected leader is - through accident or design - giving succour to racist and bigoted forces, so too are those words stirring voices in our country. In the name of rebelling against "political correctness," latent racists are taking events in the U.S. as a cue that it's now okay to openly use language that, in earlier times, would have stayed in the dark recesses of their tainted minds.

A Facebook post has revealed plans for a WCAI Canada/CAP rally on Saturday in Vancouver, featuring WCAI founder and small-time agitator Joey De. (A counter-rally is also planned.) Behind the innocuous-looking acronyms hides the code-talk for unfettered racism and religious intolerance: WCAI stands for Worldwide Coalition Against Islam and CAP is the Cultural Action Party.

A poster promoting the event shows an image of a rabid-looking woman beside a logo that says "Good Night Left Side." Below that, text reads: "Every single libtard counter protester in Vancouver will surely have this expression when ... Joey De gives one of his classic politically incorrect speeches."

The 'fun' will continue in Toronto on Sept. 14, when the Canadian Nationalist Party holds an event to "discuss the nationalist movement in Canada and the future of our country." Although a Facebook post says the rally will be held at the University of Toronto, the university denies that.

Organizers will no doubt be gleeful as they witness the alarm of ordinary Canadians at these planned events. It's the kind of perverse joy one imagines a mass murderer might take in seeing his name in headlines, if even for just one day.

The use of terms like "left" and "political correctness," however, betray two false assumptions. Probing those can help us understand the pretzel logic of the radical alt-society crowd. (And, yes, I deliberately do not use the term "alt-right.")

Firstly, these bigots postulate that anyone who doesn't speak out against immigrants, non-whites and Muslims is merely holding back for fear of social censure from the liberal elite. There may be some truth in that; these leaders are certainly reviled by many, including those on the left, for their beliefs.

What's wrong with the assumption, though, is why others choose not to parrot those leaders' thoughts. In truth, the vast majority of regular Canadians simply don't agree with them and their ilk. It's not political correctness holding them back but rather a completely different set of values, including a deeply-held belief in inclusiveness.

The second assumption is equally erroneous and perhaps even more insidious. It seeks to reinforce the notion that you'd have to be "a leftie" to oppose racism and religious intolerance. The alt-society leaders want you to believe that if you don't agree with their views, you're just not a good conservative.

This is a profound insult to conservatism. Just like their liberal counterparts, many of the conservatives I count as friends are appalled by the evil mischief of the intolerant set. Would these folks have us believe that the chief executive officers of the U.S.'s biggest corporations - the ones who told President Donald Trump to go stuff his advisory councils - are a bunch of liberals? Even Vice-President Mike Pence observed that, "We cannot do democracy without a heavy dose of civility." (How awkward must his life be some days!)

These theatrical rallies will no doubt fizzle; I retain a deep confidence in the decency of Canadians. Yet they are troubling reminders that social civility is a fragile thing. The fact that we have been able to enjoy decades of peace, order and good government is a tribute to our collective will to treat each other with respect. We cannot assume, however, that the boat will never tip if agitators are able to grasp the oars.

So it falls to all of us to ensure that never happens. This is no time for keyboard activism, clicking a button and then dozing off. Every one of us who believes our hard-won social norms are worth keeping has to get truly active, doing whatever it takes to stop this cancer before it metastasizes.

Because, as secure as we feel in our just society, we're not immune from the perfect storm of intolerance that could trigger a social breakdown.

For their part, Americans seem to be longing for a mythological past, when jobs were plenty and the Cleavers lived in a sanitary and white suburb. If they are so fond of the past, Americans should look a little further back, to the words of 18th century English poet Samuel Johnson. He issued a warning that's as true today as when he wrote it:

When once the forms of civility are violated, there remains little hope to retain kindness or decency.