Days of supply management may finally be coming to an end

And if they are, Canadian consumers with have NAFTA 2.0 and Donald Trump to thank for the decrease in the price of dairy products 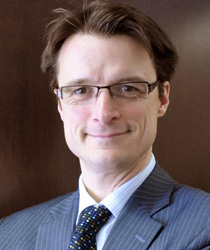 
Sylvain Charlebois is Senior Fellow with the Atlantic Institute for Market Studies, dean of the Faculty of Management and a professor in the Faculty of Agriculture at Dalhousie University, and author of Food Safety, Risk Intelligence and Benchmarking, published by Wiley-Blackwell (2017).

HALIFAX, N.S./Troy Media/ - Canada's supply management system is a textbook case for food sovereignty. But the social contract the system represents may need to be redrafted as we head toward North American Free Trade Agreement (NAFTA) renegotiations.

Supply management is a social contract between farmers and consumers. Canada's heavily-criticized quota regime for the dairy, egg and poultry industries was set up decades ago to protect strategic agricultural sectors by implementing high tariffs on imports. Farmers produce what the domestic market needs and we import very little.

There's nothing like it elsewhere in the Northern Hemisphere, since Europe got rid of its system in 2015.

However, a recent Angus Reid poll found that barely four per cent of Canadians surveyed can adequately describe supply management.

Worse, 52 per cent of respondents believe beef is supply managed. It isn't.

And 51 per cent of respondents believe milk is not supply managed when in fact dairy represents about 80 per cent of the entire system. (Dairy Farmers of Canada, arguably the strongest lobby group in the country, has published several polls over the years showing that Canadians in fact support the system.)

Given its complexity, just one thing seems certain: most Canadians are clueless about supply management mechanics.

As a result, supply management has become a political mirage. Most politicians have told us it's good for us and our economy, without fully explaining the rationale. Only a few politicians have sought to demonstrate the indirect costs of maintaining the system: lost opportunities and lack of innovation to support trade with other countries.

The dairy supply management system operates in a vacuum. Decisions are made by dairy farmers for dairy farmers. Meanwhile, Canadians comply with the system without knowing all the facts. Other than former Conservative leadership contender Maxime Bernier, no national leader has dared question the logic - and Bernier likely lost votes for his stand.

Now, Health Canada is sending signals that it wants its next food guide to encourage Canadians to adopt a plant-based diet. So the writing for supply management, and the food industries it props up, seems to be on the wall. Years of sound research shows that adults don't need to drink milk. While science has evolved, the dairy industry has not and Ottawa knows it.

Canada's dairy sector has survived in spite of itself. It doesn't want to think about milk in a different light. It doesn't want to compete because it has never really had to. As borders around the world were opening, dairy farmers' rhetoric condemned anyone who was discontented with our protectionist system. Some dairy groups have even refused to talk to researchers who may think differently about supply management. That's plain ridiculous. The attitude that "the system's great, leave us alone," just doesn't cut it anymore.

Despite our general ignorance about supply management, Canadians have never discussed the issue as much as we have lately. We even saw U.S. President Donald Trump acknowledge its existence in April, in dairy-friendly Wisconsin. Since then, messages on the subject from the United States have been mixed.

The Canadiangovernment is preparing for several NAFTA negotiating scenarios, with an advisory committee that includes members from all political spectrums. A few key agricultural appointments suggest no particular bias.

Consumers implicitly trust farmers, so why doubt them now? But with NAFTA discussions about to start, stakes appear to be much higher for all of us. In NAFTA 2.0, is it worth compromising the future of many economic sectors in order to safeguard supply management?

According to Angus Reid, most Canadians polled would sacrifice supply management to get a good broader deal with the Americans and Mexicans. This spells trouble for dairy farmers.

By standing firm for the status quo, the Canadian dairy industry has no other option but to hold its breath during negotiations. That's not very strategic.

They can only hope NAFTA 2.0 will be kind to them, despite their decades-long intentional inertia.