Cornwallis and Ryerson: heroes or villains? 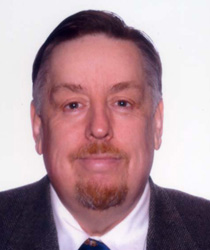 
Gerry Bowler is a historian and a senior fellow at the Frontier Centre for Public Policy.

The brouhaha surrounding the memory of Edward Cornwallis and Egerton Ryerson means that Canadians and their governmental representatives need to seriously consider these questions.

At first glance, it would seem obvious that these two men are worthy of honour and praise.

Cornwallis was, after all, the founder of Halifax. He arrived in Nova Scotia in 1749 with 2,500 settlers, chose the site for a town, and worked to defend and expand his settlement, now the largest city in the Maritimes.

Ryerson had a splendid career in 19th-century Ontario as a Methodist minister, newspaper editor, historian, opponent of oligarchy, founder of Victoria College but, above all, as the architect of the provincial educational system - universal, free and government-supported - that became a model for every province and territory in Canada.

So why are some demanding that statues to these men be taken down and their names erased from community sites?
Both men, it's claimed, wrought harm on the indigenes of their day.

In response to native attacks on his settlers, Cornwallis placed a bounty on Mi'kmaq scalps - the same sort of inducement that his French and Mi'kmaq enemies regularly placed on the hair of the British they killed. His bounty was ineffective (it may have yielded one scalp) and he quickly rescinded the order. But for the sin of using the same methods as his native opponents, today's Mi'kmaq demand the expunging of Corwallis's public presence.

Ryerson's present shaming results from him being an architect of the Indian Residential School system, the same crime for which Hector-Louis Langevin has recently and controversially paid a high price.

The problem is that we have two men who made important contributions to their country in the 18th and 19th centuries, but who also performed deeds that upset some Canadians in the 21st century. Which set of actions outweighs the other? Do we put a tarp over Corwallis's statue on weekdays but remove it on weekends and Natal Day (the celebration of Halifax's birthday)? Is it Ryerson University during term time and Mid-Ranked Former Toronto Polytechnic the rest of the year? Or do we obliterate the memory of these fellows altogether?

"Use every man after his desert," said Hamlet, "and who shall 'scape whipping?" No one, no historical figure, no matter how revered, ever lived without flaws.

Louis Riel, rightly lauded for his role in the founding of Manitoba, ended his life as a false messiah who wanted to rename the North Star after his sister and move the papacy to Montreal; a failed leader whose decisions brought ruin on the Métis of the Northwest. Yet we have erected two statues of Riel in Winnipeg and name a public holiday after him.

By today's standards, Winston Churchill was a racist and made some very disobliging remarks about Islam, but who will deny that he is worthy of our gratitude for having helped save civilization from Adolf Hitler?

Martin Luther King was a plagiarist and adulterer but he remains an idolized figure in the United States.

Tommy Douglas, founder of medicare, was once a proponent of eugenics, sterilizing and segregating the mentally handicapped, yet his fellow countrymen voted him the title of The Greatest Canadian.

"The evil that men do lives after them; the good is oft interred with their bones." That may have been a cunning piece of rhetoric for William Shakespeare's Mark Antony, but it's bad advice for a country to take.

A nation must have heroes and we must honour the men and women who helped build Canada. An approach that recognizes in each historical figure an overall balance of benefits, of good deeds and bad attitudes, will save us from a ceaseless round of revisionism and endless moaning about the sins of our ancestors.

Contacts per case may offer glimmer of hope

Enbridge Line 3 replacement approved in US

The Moosomin RCMP detachment has re-opened to the public. The detachment office closed temporarily last week after a family member of an RCMP membe...

Moe says there is a bright future for Sask. mining industry

Moonlight Madness will look a little different this year