When all of the Trudeau government's changes are considered, 81 per cent of middle-class families now pay more in personal income taxes 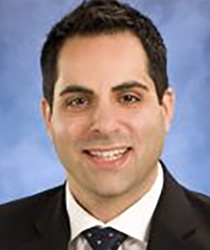 A semantic sleight of hand can't hide the damage federal tax policy changes have had on Canada's middle class.

In a recent commentary in the Financial Post, Simon Fraser University professor Rhys Kesselman criticized the Fraser Institute's analysis of how federal tax policy changes have increased the amount of income tax paid by middle-class families. Kesselman doesn't contest, refute or disprove our tax analysis. Rather - in parroting the Liberal government's talking points - he conflates taxes and transfers, and completely misses the point of our analysis.

On the campaign trail and since coming to power, Prime Minister Justin Trudeau, Finance Minister Bill Morneau and other federal officials have repeatedly claimed that the government cut income taxes on middle-class families. For example, the Liberal government's first budget declared "the government cut taxes for middle class Canadians everywhere."

As part of an organization focused on measuring the effects of government policy, my Fraser Institute colleagues and I set out to test this claim to see if the government had in fact lowered income taxes on middle-class families. We found this wasn't the case for the vast majority.