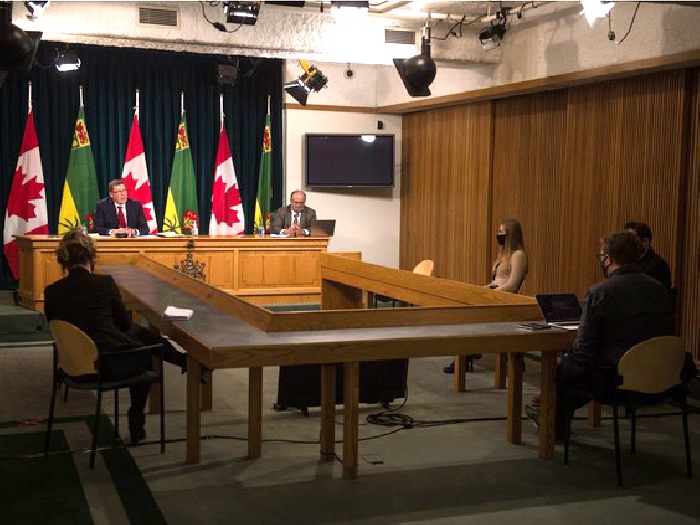 The current restrictions were due to expire this Friday.

The province announced the extension along with the announcement of 14 more deaths from Covid-19 on Tuesday, January 26.

Also announced Tuesday -- three bars have each been issued tickets for $14,000 for violating public health orders, including Crackers in Saskatoon, Crazy Cactus in downtown Saskatoon, and Mr. Ds Stats Cocktails and Dreams in Regina.

The province reported 839 new recoveries and 232 new cases Tuesday, reducing the number of active cases to 2,665, the lowest since November 21

The number of people in hospital with a COVID-19 diagnosis rose by six to 208, including 33 receiving intensive care.

Saskatchewan also led in the seven-day average of new cases per 100,000 with 158, compared to a national average of 101, and compared to 97 in Alberta and 86 in Manitoba.