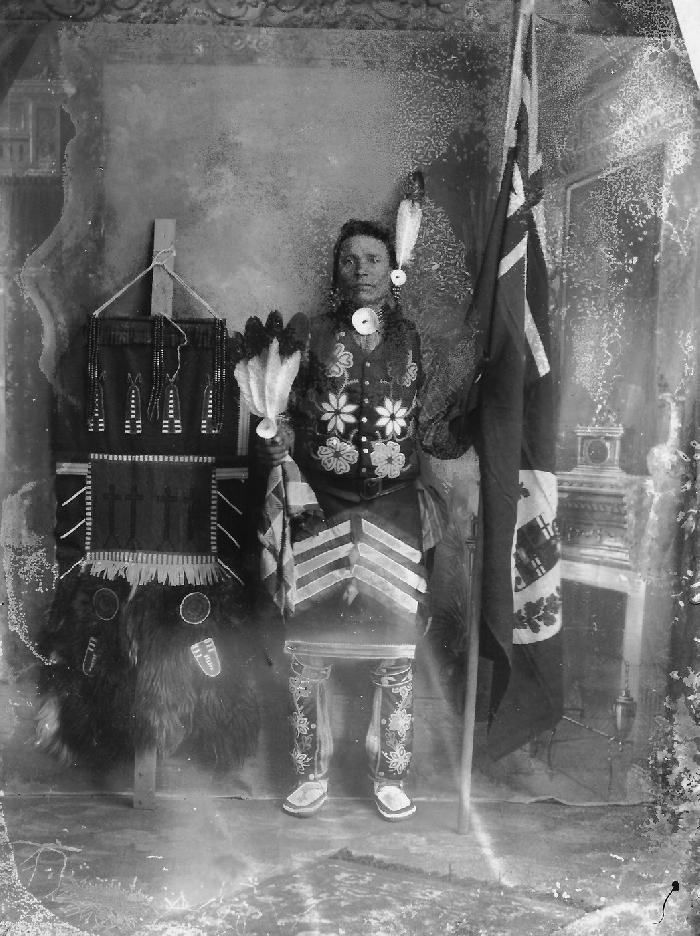 After his recent death, amateur historian Adrian Paton's impressive collection of photos is passing to his family members, who hope to find long-term homes for the records. Photo provided by Val Guillemin on Feb. 26, 2021. Nick Pearce, Local Journalism Initiative Reporter

Thousands of rare photos and artifacts spanning decades of First Nations and Saskatchewan history will find a new home.

Amateur Arcola historian Adrian Paton died last month at 86, leaving behind a treasure trove of historical photos of First Nations in Saskatchewan from around the turn of the century. The collection has passed to family members, who are considering how to share the historical photos with the public and, if possible, repatriate the artifacts to their home communities.

"The picture is valuable, but the story behind the picture is what makes it incredible," said his daughter, Val Guillemin.

She helped Paton compile his 2018 book, An Honest, Genial and Kindly People, which features photos and stories Paton gathered over three to four decades of research.

That research grew to be a valuable source for Indigenous communities piecing together family histories, she said.

One of those people was Candace Wasacase-Lafferty, a board member of Wanuskewin Heritage Park and a senior director of Indigenous Engagement at the University of Saskatchewan. She's helping Guillemin find a suitable place for her father's work, whether that's through an exhibit or by repatriating some of the artifacts.

Wasacase-Lafferty has personal ties to Paton's work. Her father, who was in residential school, was about eight years old when his mother died. She grew up with few stories about her grandmother. When she found Paton's book, she pored over every turn of the century photo of her home community of Kahkewistahaw First Nation, thinking her grandmother could be there.

Wasacase-Lafferty compared it to an "odd, cold and sad" Plains Cree exhibit at the British Royal Museum she saw 10 years ago, saying Paton's work is an example of how it could be done better. It acts a model of Indigenous and non-Indigenous relations, she said.

University of the Fraser Valley history professor Keith Carlson, who worked with Paton at the U of S, said the rarity of the documents is also historically significant. Many of the records haven't been preserved elsewhere, he said.

Carlson, a former president of the Saskatchewan History and Folklore Society, assisted Paton with his collection. He said Paton's work was notable for investigating archival sources, like old newspaper articles, to track down photos and build histories around the images.

That can be a valuable resource for families learning about their histories, including by replicating highly specific details like the designs on regalia in the photos, he noted.

When she visited Paton's house, she lingered in front of an old photo that caught her eye. Paton told her the name of the man in the picture, leading Big Eagle to discover it was a photo of her great-grandfather that she had never seen before.

"It was like there was a connection, an understanding or something, of who we come from."