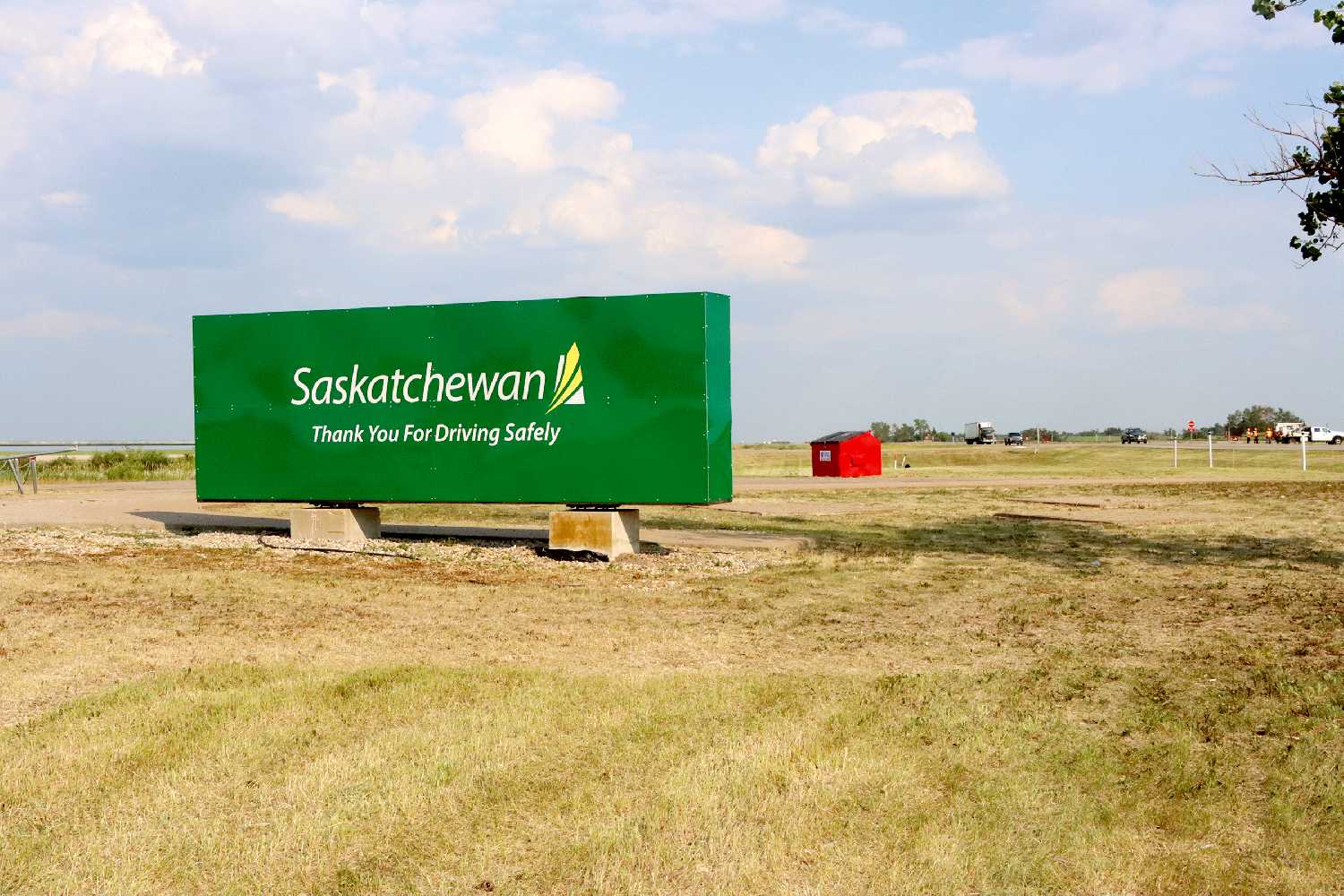 After concerns were raised by tourists and locals, the Ministry of Highways cleaned up the Welcome to Saskatchewan site and placed a garbage bin to help reduce littering.

Saskatchewan Highways has cleaned up the Welcome to Saskatchewan sign site on the Trans-Canada Highway at the Manitoba border.

Last summer, concerns were raised about the state of the site, at which point the provincial government said maintenance at the site had fallen through the cracks because various departments thought another department was responsible for the site.

It was determined that Saskatchewan Highways is responsible for the site, and the site was cleaned up last summer.

This year, Trevor Green, who had raised concerns about the site last year, contacted the World-Spectator again this year about the state of the site.

Through the summer, until last week, there were tall weeds, garbage strewn across the site, partially dead trees, and one completely dead tree that had fallen over near the sign.

I am writing this after looking at the border from Manitoba coming into Saskatchewan, Tomlinson wrote to Bonk on July 12.

Can we not put some pressure on somebody in the Department of Highways to do something with this disgrace where people enter into our province?

It reflects on all of us in this province and is an awful way to start to see our province. I hope you can do something for us or let me know who I can contact to put a fire under somebody to help.

By the end of the day Tuesday, the site was cleaned up. Grass was cut on the site and in the ditches up the highway, weeds were cut, trees were trimmed, the dead tree was hauled away, and a garbage bin was installed at the site for the first time since the province closed the visitor reception centre at the site in 2017.

The minister told me it will be taken care of, Mayor Tomlinson told the World-Spectator after speaking with Bradsahaw.

I told him our concerns and he said it will be fixed. Im glad he listened.

Im glad its been taken care of, and I appreciate that it was brought to my attention, Bonk said Tuesday afternoon. He also forwarded photos of the cleaned up site to the World-Spectator as soon as the work was done.

I havent travelled to Manitoba for quite a while, so I hadnt been aware of what that sign area looked like, but as soon as I found out that it wasnt being maintained, I started working to get it properly maintained, and Im glad we have it looking better now.

In an interview with the World-Spectator Thursday, Highways Minister Fred Bradshaw said that in response to the complaints, Highways is improving the maintenance of the site.

This areas been maintained by the Ministry at this level (since it was determined last year that Highways is responsible for the site), but due to the poor conditions of the site we decided to increase the level of service and thats why hired a contractor, actually a local contractor right from the area there, to go out and mow and really clean up that site.

He said he was approached by Moosomin MLA Steven Bonk and Moosomin Mayor Larry Tomlinson about cleaning up the site.

Steven Bonk called us up and I give him credit for calling us up and letting us know the condition that site was in, and then the mayor called. I called the mayor back and talked to him and it just went on from there. Thats how come we went and got everything cleaned up around there.

We have a contractor now whos going to take care of it for the rest of the season and then were going to take a look and evaluate the options. Weve cleaned it up and we do have a garbage can back there now.

We want to have something looking good for people coming into the province, and thats why weve also put up new signs. The old signs were starting to get a little weather beaten.

Were not going to add picnic tables, but if the Town of Moosomin wanted to kind of make it a little bit of a touristy spot as they come in, we can work with them, said Bradshaw.

I think we have it looking good now. Weve got the new signs on the entrance of the province, on the highways coming into the province. I should mention too these signs were produced by an indigenous business in Saskatoon.

We want to make it look good when people come in to the province because we all know Saskatchewans the best province in Canada.