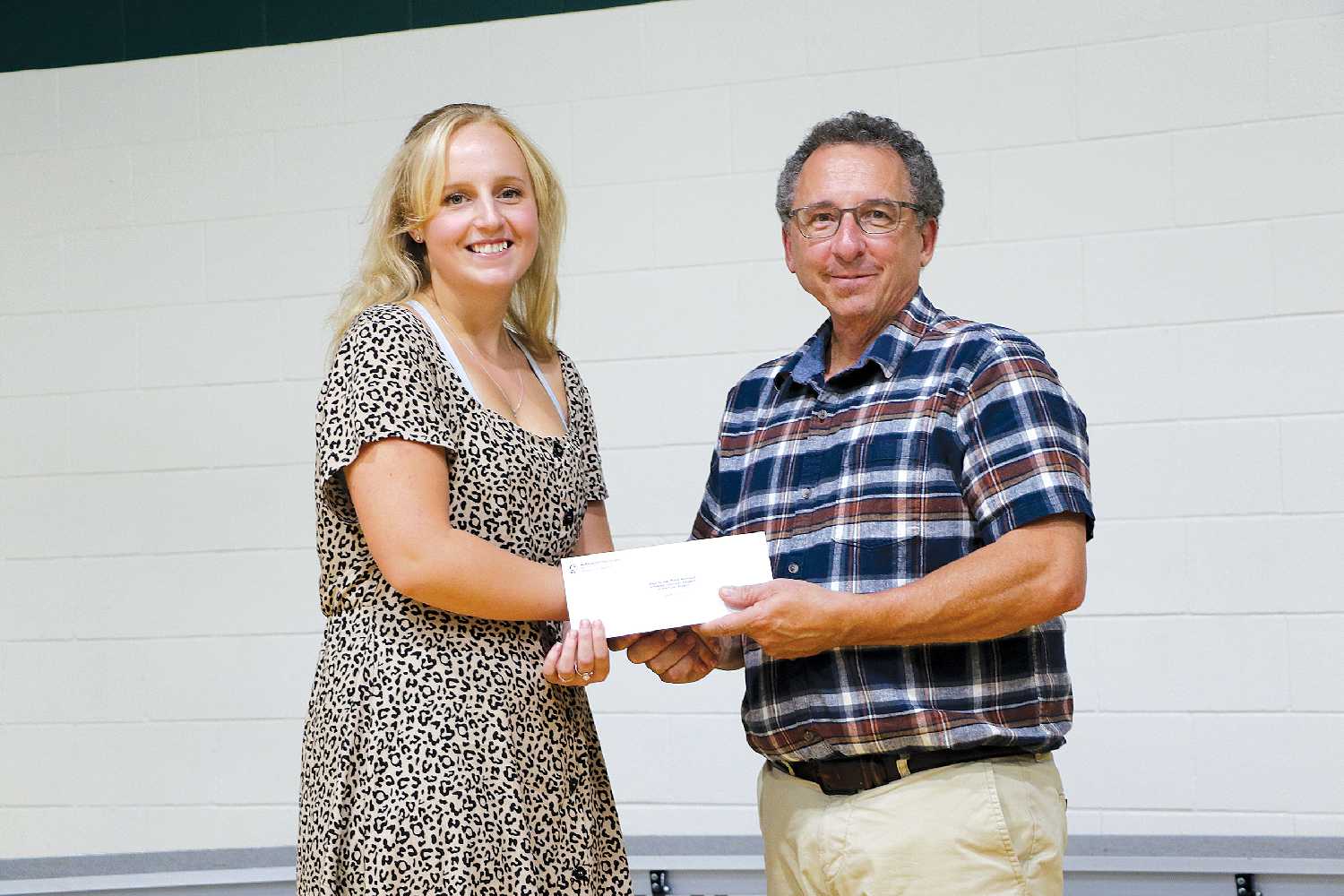 The Mark Bateman and Sinclair Harrison Student of the Year Award sponsored by Gaia Power was presented to Jaedyn Moore at the McNaughton High School Grade 12 awards night on August 26. Presenting the award was principal Jeff St. Onge.

One of the new scholarships offered to a McNaughton High School graduate this year is in honor of two individuals who helped get the Red Lily Wind Farm off the ground.

Samit Sharma of Gaia Power decided he wanted to honor the two individuals whose contributions led to the wind farm becoming a reality.

While setting up similar awards at the University of Regina, Grenfell High and Wolseley High (Gaia Power built the Western Lily Wind Farm in the Grenfell-Wolseley area in 2018) , I wanted to contribute to Martin-Moosomin too, says Sharma.

Though my company Gaia Power does not own the project anymore, for me it is about honoring and celebrating the achievements of heroes in the community while we are all here and healthy, so that community has something good to celebrate.

Looking back in 2003-2004, if it was not for the cold call from Sinclair requesting to look at his RM for wind development, and the enabling measures that Mark and Sinclair undertook, I would not have thought of a wind project in the area, and today the ratepayers in the two RMsMartin and Moosomincan be thankful to these individuals for the project jobs, recognition, and millions of dollars of tax revenue to their community over the projects life.

I would also like to thank you and your staff for the World-Spectators support and positive coverage since the 2003-04 project commencement.

The award is presented to the most deserving candidate who shows the best combination of achievements in social, environmental, academics, sports, economic need, peer collaboration and personal improvement.
The inaugural winner of the award is Jaedyn Moore.