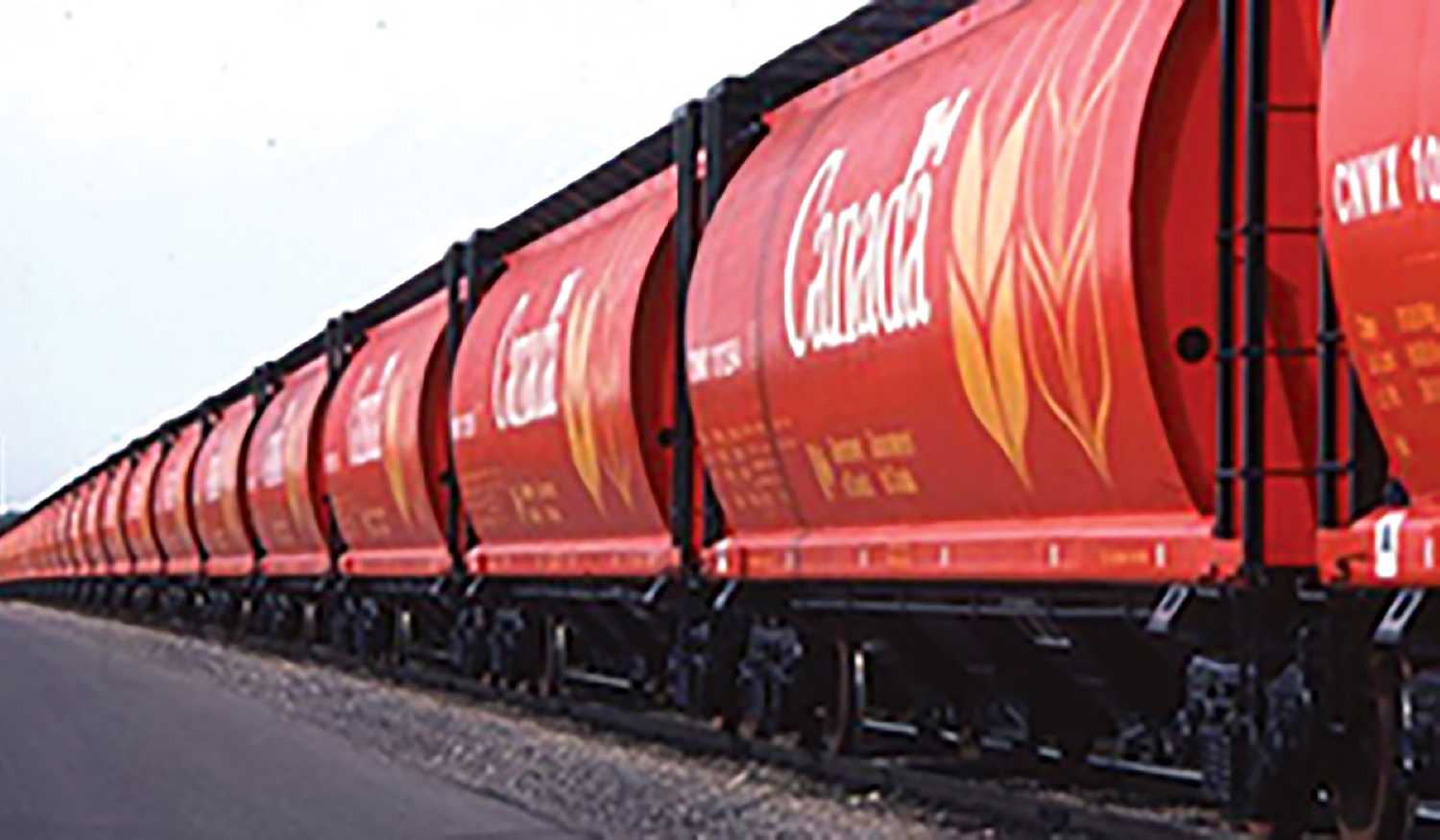 Saskatchewans Minister of Agriculture, David Marit, spoke with the World-Spectator last week about how producers are dealing with the current issues of transportation, due to the recent flooding in B.C.
With the closure of railroads, some Prairie elevators are shipping just a fraction of normal shipments.

What fallout are you expecting for farmers, from B.C. s transportation issues?
Were obviously keeping on track with it, in fact I had a call with B.C.s agriculture minister this morning to reach out to her and ask if theres anything we can do to assist and she said thank you. Weve been texting back and forth the last couple of days about the transportation issue. On the transportation file we obviously have our officials, along with the ministry of highways and are constantly in communication with CN and CP, just to see how they are doing and the challenges that they are having around it as well, he says.

Obviously we are monitoring it on a daily basis and communicating, both railways have been very co-operative and communicating back to us on the status of when they get a major repair done, where theyre moving to next, and the time frame. Obviously if they get more rain then theres challenges of how to get the work done while its raining, stuff like that. But weve had live communication with both railways.

Knowing that there is a possibility of flooding like this happening in BC, do we need to look at further transportation options?
Weve always said that, we also know that in British Columbia they are having a fuel shortage as well. So instead of depending on the rail, there are pipelines that should be used to get fuel to the coast. Saskatchewan has been a strong advocate for that. As far as the grain logistics, Vancouver has been a major port but Prince Rupert is also a major port as well, and can be utilized. Theres always options that Im sure the industry is looking at, and we leave that up to the grain companies and railways to work that out on how they are going to deliver the product and to where.

How will this issue impact farmers?
Ive been in discussion with the railways just a matter of a few weeks ago and in discussion product was moving well. We thought the tonnages were moving well and the car supply was there. So is there enough product sitting on the other side of Abbotsford that is ready to go in to ship, is there product in Prince Rupert, obviously theres a lot of product going to the U.S side as well because its a major importer of our grains as well. Were seeing that, the industry is keeping contact by communicating with our stakeholders and usually what they do if they are having challenges or concerns, they reach back to us.

Do you think it will have more or less of an impact than it would normally because of the lower yields this year?
Its too early to tell yet, I know that when the first rainfall hit into B.C., the public was concerned that the railways would be shut down for an indefinite period of time. You know we reached out to the railways and if everything went well, it wasnt going to be a matter of weeks it would be a matter of days. Obviously they are challenged by the weather as well, so were just keeping in communication with them and theyre keeping in communication with us on the status of their infrastructure and the repairs that they are doing.

On another issue, what feedback are you receiving from producers on the Drought Response Initiative?
For the most part, very good responses. You look at the crop insurance side, it will probably be the highest payout in crop insurance in Saskatchewan history. I think that just speaks well on the program we have in place, about the coverage that we have. Thats one thing our government has done by making those programs available, both for the grain and the livestock folks as well because we also introduced rainfall insurance, forage insurance, for the livestock sector as well. I talked to some ranchers who are in those programs and they are going to receive funds to help them buy feed and things like that.

We just had a reception here last night in the legislature. A lot of livestock organizations and stake holders were in the room, I talked to a lot of them and most of the people are saying thank you. I think thats what Im hearing most of all is thank you for the programs that we did put in place, that did give them the ability to go try and source feed.

Is that program enough to support local farmers loss from the drought?
Yes I do, we made it pretty clear on the crop insurance side. Like I said, we got the highest coverages on record and the payout is obviously going to be significant as well. From the livestock sector, there was a couple of groups that I met, the Saskatchewan Cattlemens Association who I met last night and they were very thankful for the $200 they had that was going to them the ability to go and buy feed. I had quite a few ranchers come up and shake my hand and say thank you very much. I take it from that, that weve done a great job on it.