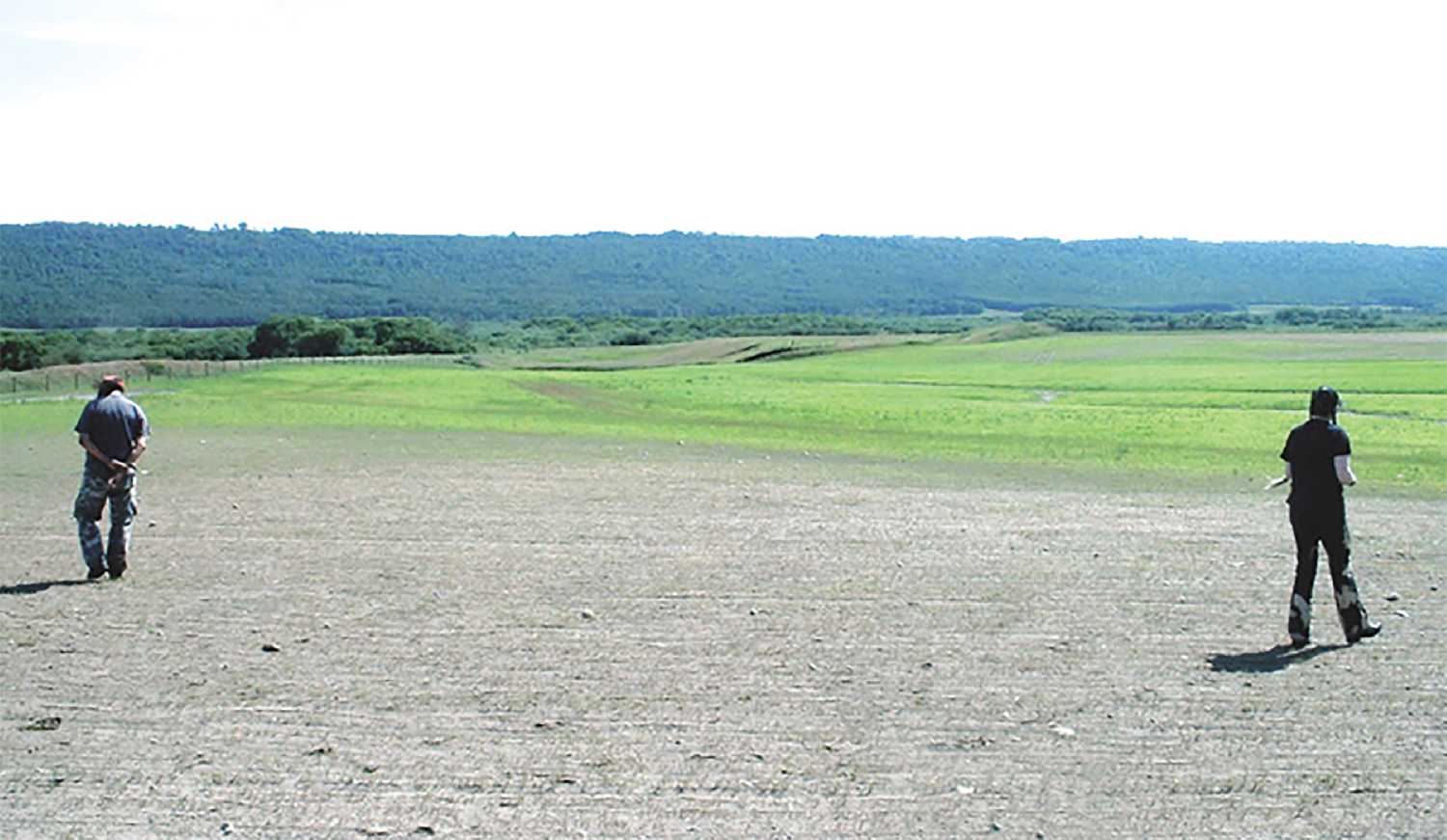 Jake (left) and Brenda (right) Sarazin searching for freshly exposed artifacts at the Rocanville Folsom site, in the QuAppelle Valley near Rocanville. Items were found from the Folsom period, around 12,000 years ago.

Archaeologist Tom Richards and Rocanvilles James Sarazin will be speaking at a virtual presentation Tuesday Jan. 18, regarding the archaeological site found in the QuAppelle Valley near Rocanville.

Sarazin will be speaking about how the artifacts were found, and Richards, will talk about how the findings could possibly be connected to the Folsom period, a period around 12,000 years ago.

The presentation will be held on Tuesday, January 18 at 7:30 pm, and open to the general public to attend. Individuals can sign up for the Zoom session by emailing: reginaarcsoc@gmail.com. 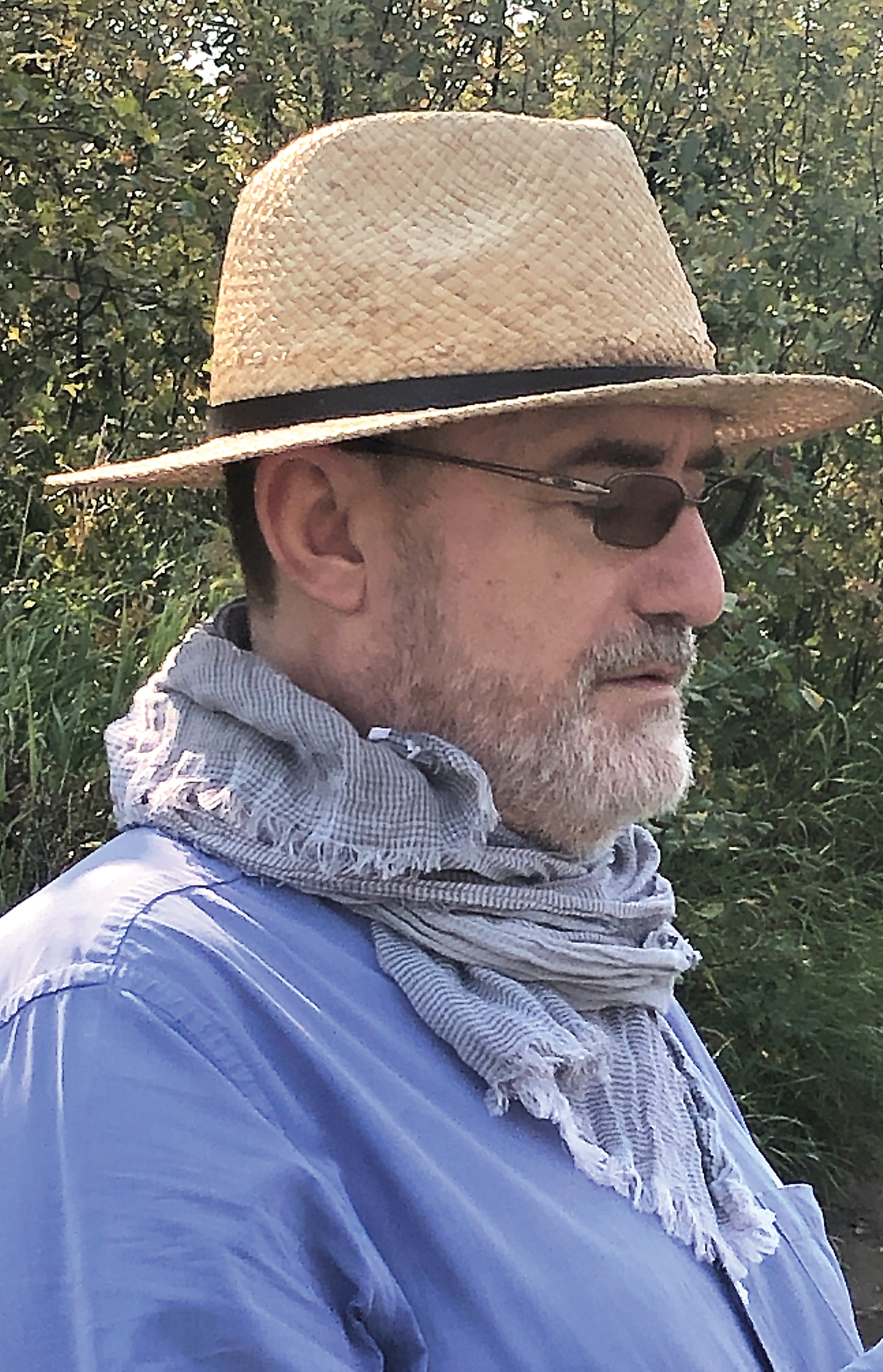 Tom Richards and his wife, Phillippa Sutherland Richards, are the two archeologists who have been studying the Sarazin collection.

Upon discovery, Jake and Brenda began collecting the artifacts found there and contacted the Saskatchewan Heritage Conservation Branch about their finds.

Their collection of artifacts became known as the Sarazin Collection. At the time of the finding, the collection was donated to the Rocanville Museum which in turned have loaned it to the Royal Saskatchewan Museum for study.

Since then, Richards and his wife Phillippa have been studying the collection and discovered that the artifacts found on the site, were linked to the Folsom period.

In the collection of the material from the site, theres a lot of different items found. Many of the items are arrowheads and spearheads, and those are very timediagnostic, says Richards.

Out of all that material I think Ive catalogued over 1,800 items and of those, just a small number are really early, and are characteristic of what we call the Folsom culture.

Richards says the Folsom period occurred between about 11,500 years ago to about 12,700 years ago, and because the site contains artifacts that are intact with that time, Richards says he would say the Rocanville Folsom Site is around 12,000 years old.

In a lot of cases you can tell from the style that the shape, the length, the flaking of a projectile point what period approximately that it was made.

From the style of the projectile points you can identify an archeological culture and the period that is known to have appeared.

After some analysis of the site, it became apparent to Richards that some of the artifacts had a direct link dated to the Folsom period, a time marked by the retreat of the glaciers on the prairies about 11,000 years ago.

People could be coming in from over 13,000 years ago, potentially. Thats as early as you would find people in Saskatchewan, and we dont have any known evidence of archeology earlier than 10,600 years ago. So theres quite a gap there, he says.

This site helps to fill in that gap and as such, if there are intact deposits here (that connect to the Folsom period) then that will be the earliest known archeological site in Saskatchewan.

Although many other archeological sites with artifacts have been found across the province before, Richards says there has been no direct link between those found sites, that connect to an earlier time period before 1000 to 2000 years ago.

There are other archeological sites where Folsom artifacts have been found on the surface and that are in other collections, but there were no intact deposits from this Folsom period anywhere in Saskatchewan and we do suspect that some may be present here (Rocanville site).

When we get an opportunity we would like to go in to test and excavate the site, which would be an investigation beyond the surface collection and see if there are intact deposits, then after maybe we can plan larger excavations.

The artifacts found from this site show that Folsom people were in the QuAppelle Valley area, yet, because the points were found on the surface level, there is no intact deposit to connect those being present to the Folsom period.

Richards points out that the artifacts found, only explain that Folsom people were travelling in the area, however through a deeper investigation, researchers can discover what they were doing here, and why.

The two artifacts that were found at the site was a distinctive spearhead that was used to hunt the extinct bison, Bison antiquus. The other was a Folsom Ultrathin Biface, a type of knife made of heat treated material that was very thin and took a lot of skill to create.

The collection of artifacts became known as the Sarazin Collection, named after Jake and Brenda Sarazin, and their son James, who first discovered the Folsom site in 2000.

All sorts of details that will allow you to fully understand what people were doing there around 12,000 years ago, and then to fully document that this is age, what ever year that would be, that people were here doing this. That itself would be a huge step forward into our understanding and documentation of this very early period following the retreat of the glaciers and before about 10,600 years ago.

What will the presentation focus on?
During the virtual presentation on Jan. 18, Richards will be talking about the analysis of the Sarazin collection that he and his wife Phillippa, have done.

He says its important that the general public and the community of Saskatchewan know the history behind these findings.

We want people to know theres this fantastic heritage in Saskatchewan, and that were still learning about it. Theres a whole lot to learn and its worthwhile protecting, researching and sharing the information about whatever we can learn about it.

Richards says the analysis of the artifacts found from the Rocanville Folsom Site, can help spread awareness to the public on what the Folsom period consisted of.

I think people want to know what the history and pre-history is of their province. We know theres more information about our recent historic past. Going back to the fur trade in the late 1700s, but theres not much information that goes to the public about these earlier periods, he says.

I think its really important that people understand that First Nations people were here at the earliest, very shortly after the glaciation, and colonized the province at that time.

The more we can learn about the past, the more we can understand the past and I think once people find that knowledge about the past they become proud of that information, that their province has history going back this far and that people were here very long ago living in those harsh environments, which was quite a bit colder then the present and that they survived and thrived here going back that far and farther, and that their descendants were living here to the present day.

James Sarazin will also be speaking at the virtual presentation about how him and his father came across the site.

The presentation will be taking place on Jan 18., individuals can sign up for the Zoom session by emailing: reginaarcsoc@gmail.com.
Tweet