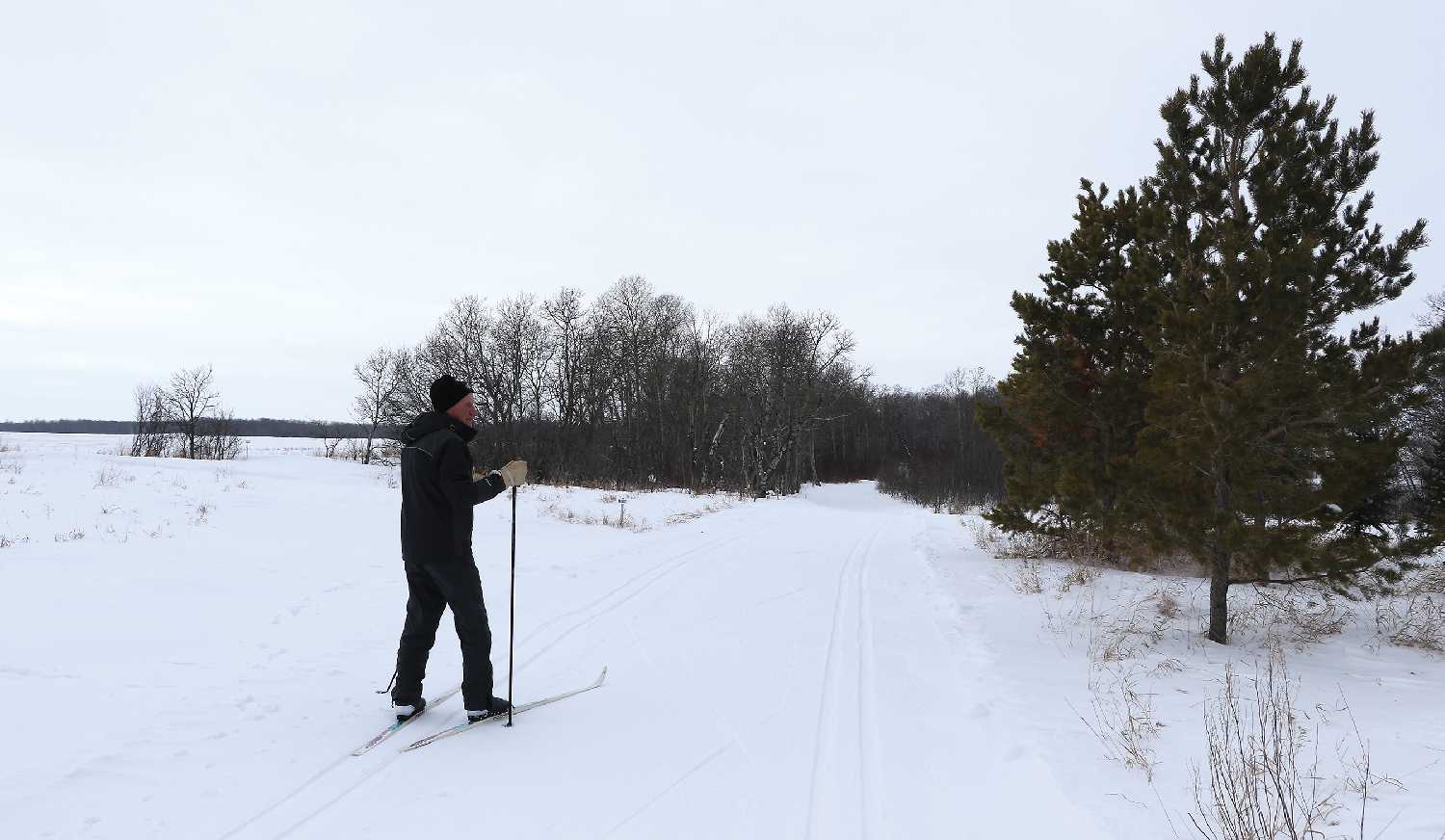 For 31 years now, community members from Rocanville have been volunteering their time to maintain the popular cross-country ski trails that families and children go to for skiing.

The trails are located south of Rocanville and are available for anyone to use.

Volunteers from Rocanville Cross-Country Ski Club spend their time not only in the winter but in the summer time too, preparing and maintaining the trails.

Dennis Hack, the equipment co-ordinator of the club, says it takes him about an hour and a half to groom the trails, pack the snow and then create the ski trails. 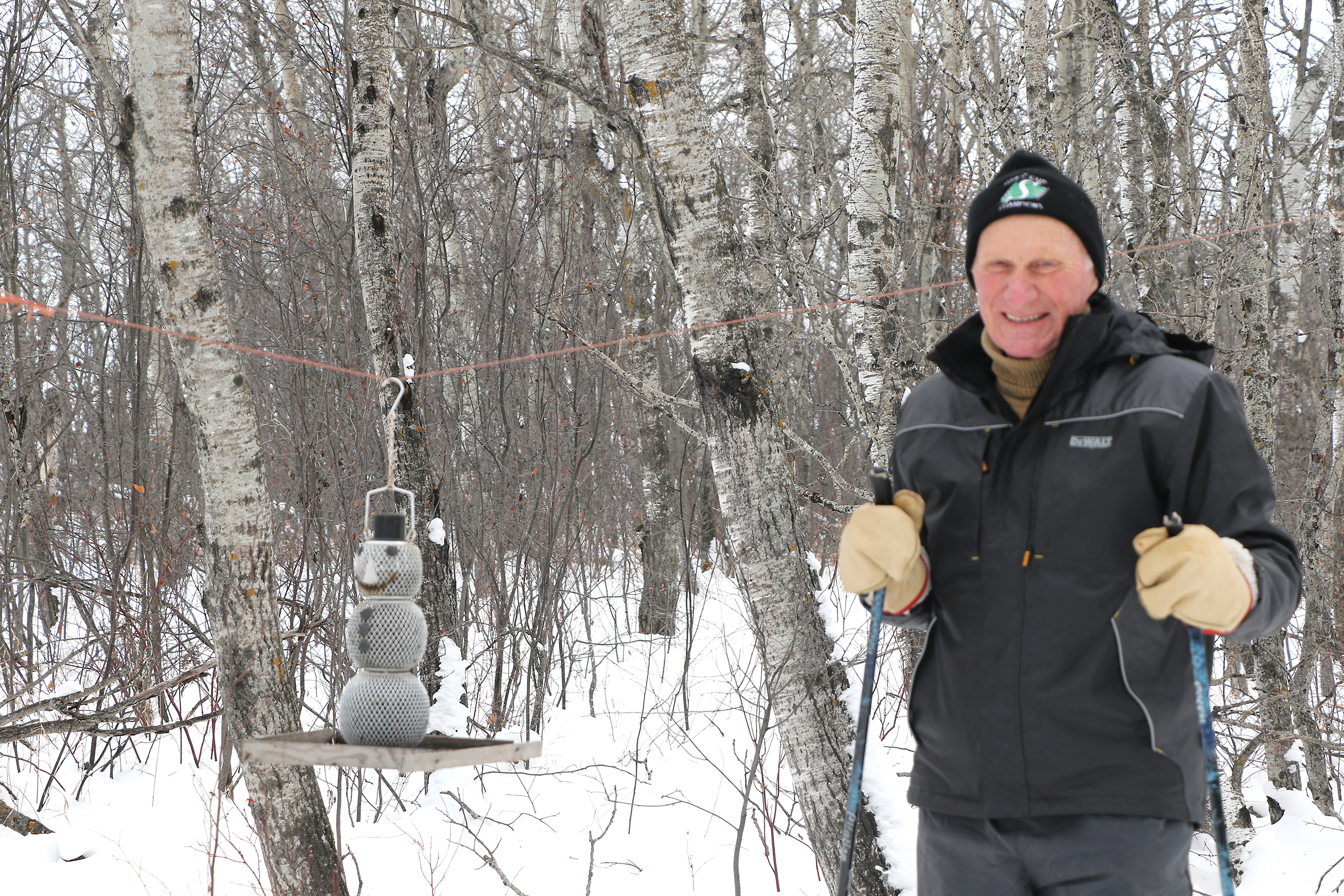 Bird feeders were hung up throughout the different trails of Rocanville Cross-Country Ski Trails. Dennis Hack, the equipment co-ordinator for the club, says his favorite bird feeder is the feeder thats shaped like a snowman.

Quite a bit of work gets put in during the summer time, were actually clearing trees, mowing grass. Dennis has taken a step further into the trails, hes actually ridden a lot of the trails to smooth and level them out, says Layne McFarlane, president of Rocanville Cross-Country Ski Club.

Hack, who has been skiing on the trails in Rocanville since he was a kid, says he loves everything about them.

Its been a real blessing having this. Especially last year, with Covid, there was nothing much else that people could do. But here it was safe, we were strict to the rules. Last year we would only let one family in at a time into the club house, he says.

Throughout winter of 2021, McFarlane says there were about 2,000 people who used the ski trails in Rocanville.

People come from all areas to be here because its unique. Between Kenosee and Madge Lake which is up north, its really the only facility for skiing at this level thats in between.

With all five cross-country ski trails combined, there is a total of 8 kilometers of paths.

Hack designed the route of the ski trails and created each trail to be of different lengths so that people of all ages and abilities, can be included.

The shorter trails like Barneys Bend, is 0.9km and is mainly meant for children, in case they are not able to ski for a long period of time. The longest trail, Beaver, is 1.6 km and goes in a full loop which then brings individuals back to the center, where all trails are connected. 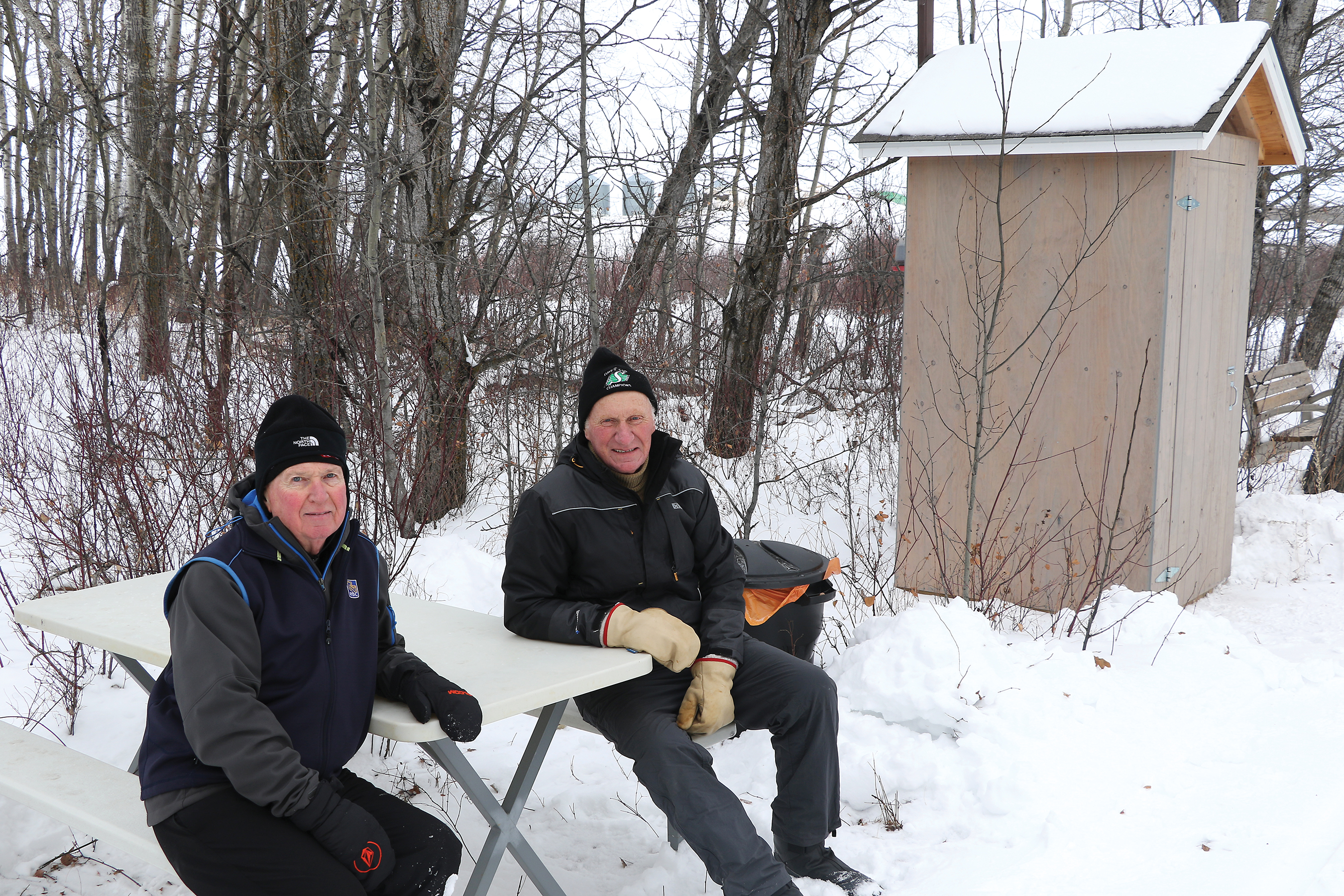 Rocanville Cross-Country Ski Club executives Layne McFarlane (left) and Dennis Hack volunteer their time all year-round to keep the ski trails intact, so that families and friends can enjoy skiing on smooth and safe paths.

Its amazing seeing the birds come out here and also just seeing the families. I love seeing families and kids skiing and enjoying their time, he says.

Hack also says that any rental equipment that was used by individuals who did not own their own skis, ski boots or ski poles, was continuously sanitized by club members.

We have about 51 pairs of rental skis and 76 pairs of boots for rental, but serious skiers have their own skis. When the rental skies come back (to the Club House) and the boots, and the poles, people put them in a bin and I spray them with sanitizer. Just to be safe, and were doing it again with them this year.

Were at the point now that were able to purchase skis. There are different bindings, which is the black part in the middle of the ski that you attach your boot to, and over time theres different styles that have been made. But within the last three years, weve been able to get all one binding so that every boot fits every ski.

McFarlane says the company that makes all the bindings for the skis, Salomon, has recently upgraded their bindings, meaning that the club will eventually need to upgrade all of its rental equipment.

At some point in time in the future, well have to look at re-doing all of those (bindings) and all new boots. But, for right now, were really well prepared for having the same bindings and all the boots that fit for those. 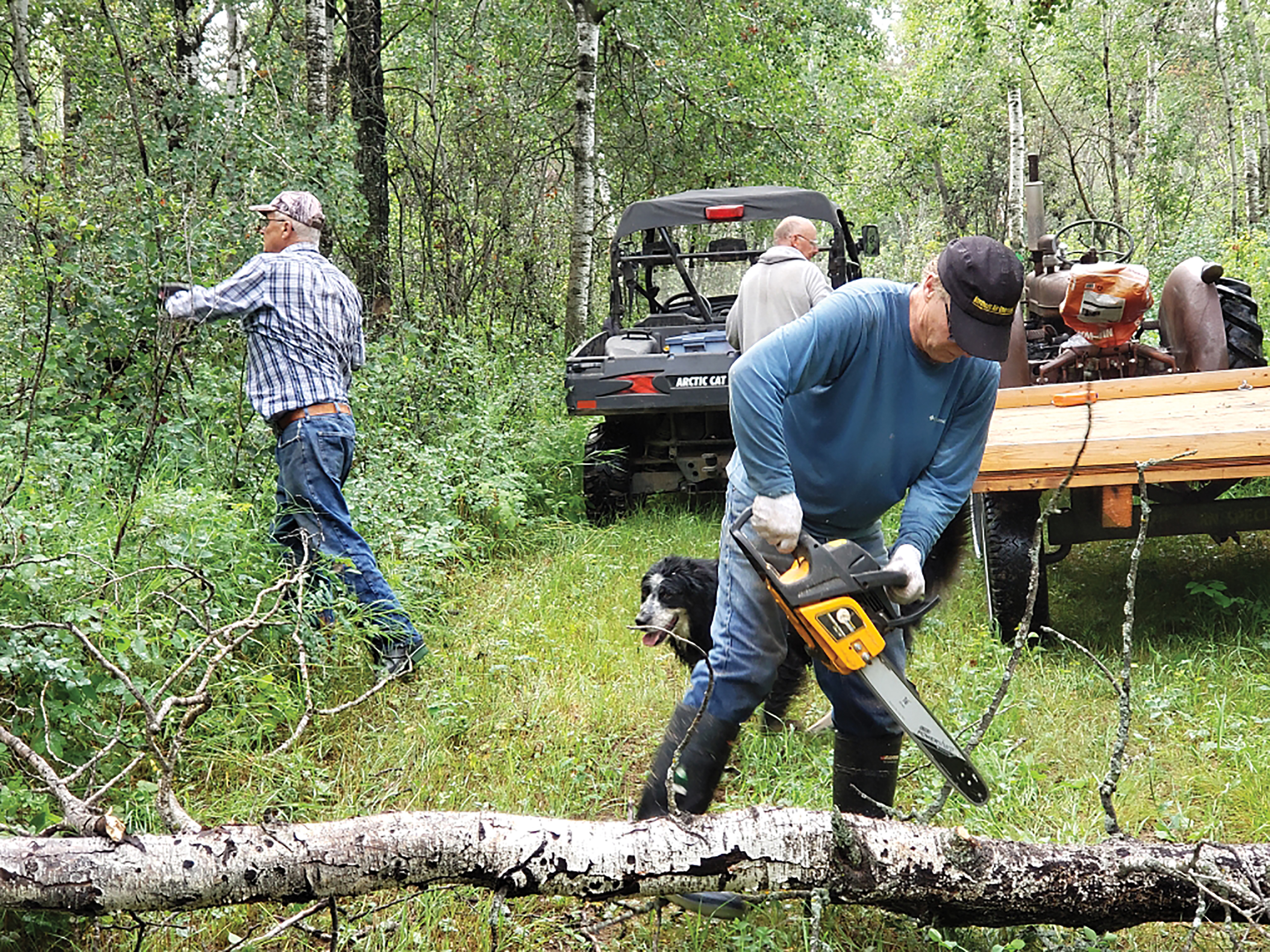 Volunteers from Rocanvilles Cross Country Ski Club use the logs from end fall, for the wood stove at the Club House shack.

All the trails now used for skiing, can also be used during the summer for hiking and its beautiful. Absolutely beautiful, says Hack.

Another reason why members from the club maintain the trails during the summer, is to allow individuals to use the trails for Nordic walking.

This year is the first year that we said the trails will be open for Nordic walking. This change would not have been possible without the financial commitment from the Rural Municipality of Rocanville of $6,000 for three years, says McFarlane.

Because our trail goes through trees we continually have tree fall. We go around the trail in the summer time and try to look for no leaves. In other words, if theres any leaves (on the trail) its because of a dead tree, so then we try to get rid of it.

The property that the ski trails are located on is owned by Hack, McFarlane and Calvin Dunsmore.

Its on private land as well, my wife and I own the first quarter of the land which is 160 acres, and Layne owns the next two quarters that we ski on, then Calvin Dunsmore owns the fourth quarter.

McFarlane says hes happy to volunteer his time towards the trails because he knows its being put to good use.

Its kind of a hobby I guess. Its pride in the ski trail that weve developed over the years, and were happy for it being as successful as it is, he says.

The ski trails located just south of Rocanville, are available for anyone to use now. More information on rental equipment prices and other updates, can be found on the clubs website: https://rocanvillecrosscountrytrails.ca.