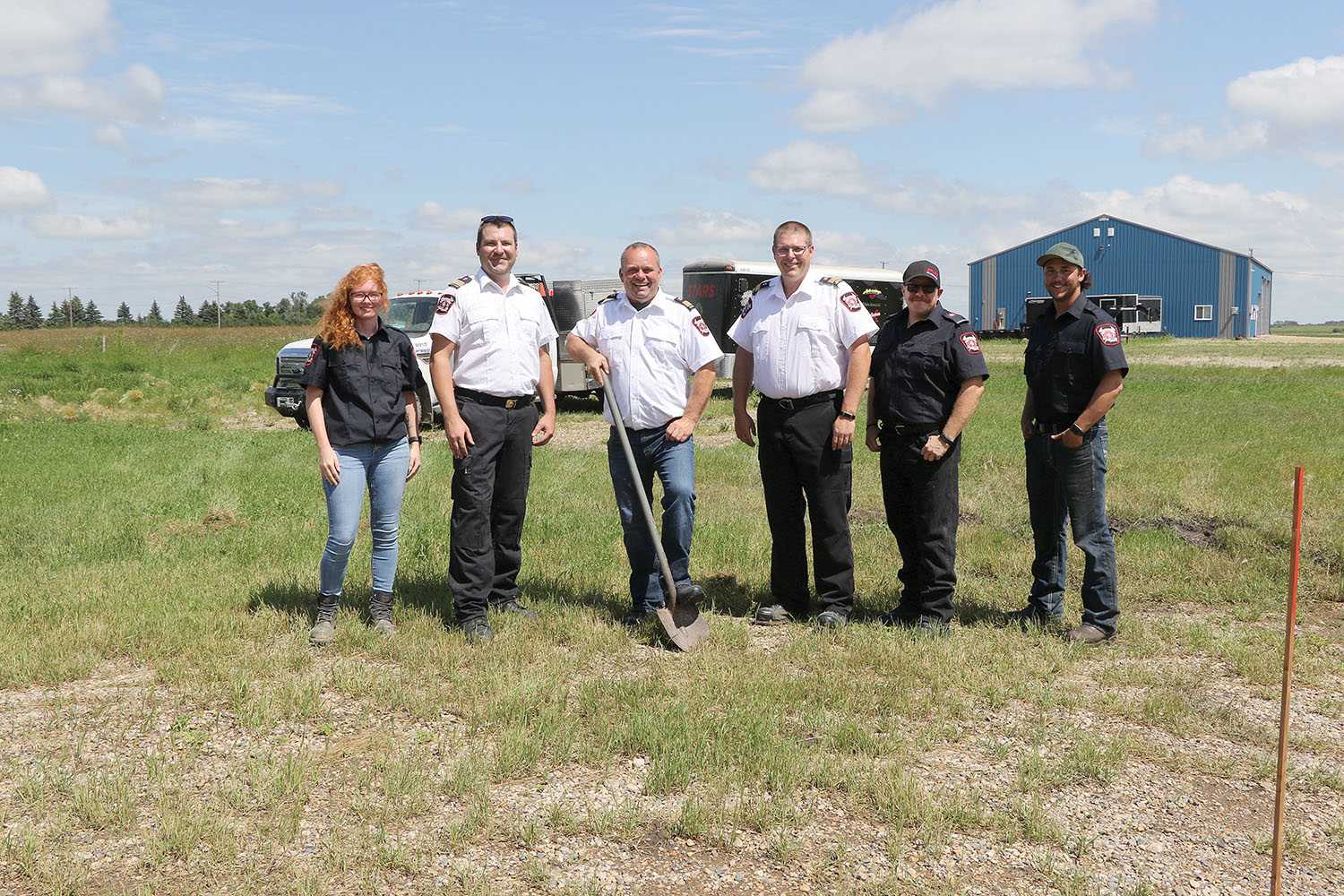 Sod turning for STARS helipad at Redvers A sod-turning was held last week for a new STARS helipad at Redvers From left are Brittany Rowe, Doug Bennett, Brad Hutton, Wes Malin, Pat Ross, and Micheal Sylvestre with the Redvers Fire Department turning the sod for the new helipad being built by the fire hall so that STARS air ambulance can land there.

A sod turning was held last week for a 60-by-60-foot helipad that is being built on the northeast side of the Redvers Fire Hall.

Fundraising for the helipad started in the spring of 2021 after a local resident, Jens Hansen, got the ball rolling when his grandchild needed to use STARS Air Ambulance. A fundraising committee was put together and within a few months, the committee had secured donations and commitments from local businesses and municipalities to meet its goal of raising $82,000 for the project.

Aside from the helipad and concrete walkway, the project will also consist of a flagpole with directional windsock, three LED floodlights attached to the fire hall, a fresh air compressor for filling the firemens air packs and all the wiring and electrical required for the project.

Redvers fire department is hoping the project will take a few weeks to complete and that STARS can start using the helipad by mid-August.

STARS has been coming to Redvers since 2014.