Andrew Scheer must put First Nations issues back on the agenda 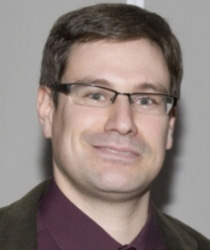 
Joseph Quesnel is a research associate with the Frontier Centre for Public Policy www.fcpp.org).

Indigenous issues didn't play a large part in the recent federal Conservative leadership race. They were mentioned but took a back seat to other matters. But Conservatives must understand that indigenous issues are of vital concern to all Canadians.

For instance, candidates devoted considerable time debating TransCanada's Energy East and Enbridge's Northern Gateway pipeline projects. Energy development is, of course, a national priority. But most energy projects are on or run through traditional indigenous territories.

Policies coming out of Indigenous and Northern Affairs Canada should no longer be about managing poverty. They should be about ending it.

But in establishing policy options as the leader of the Opposition, Scheer must remember that transparency is a magnet for investment. So the Conservatives must pledge, if they become the government after the next election in 2019, to enforce the First Nations Financial Transparency Act, which the current Liberal government seems to have abandoned.

Next, Scheer must lead his party toward helping indigenous communities generate their own wealth and infrastructure, as the Public Policy Forum urged in a 2016 study. He can say that he will help First Nations broaden their taxation to include indigenous residents. Bands now tax outsiders who own or rent property on First Nations lands. Broader taxation will help finance indigenous governments and, more importantly, will make officials more accountable to the people.

A Conservative government must also work with financial institutions to help bands access commercial loans on their own assets. The federal government can help bands use the First Nations Fiscal Management Act, which allows them to issue bonds to finance infrastructure projects. In this way, bands can escape the restrictions imposed by the Indian Act.

The former Conservative government led by Stephen Harper went further than previous governments in recognizing how land ownership on reserves prevented First Nations from accessing capital. For example, the Nisga'a Nation in B.C. adopted individual-fee simple property rights for members in 2012 and now the Nisga'a can transfer or lease their land to whomever they choose. The Conservative promise to introduce a First Nations Property Ownership Act was never honoured. Sheer needs to introduce this bill in the House.

Scheer needs to be clear that the Conservatives have a duty to consult with indigenous peoples but that they will reject the First Nations' presumed right to veto important national projects. No national government should allow band leadership to hijack resource projects that could elevate the local population and the nation.

In many situations, equity partnerships would be the norm for First Nations. Often, they're risking their territories so they deserve partnership, not minimal benefits. First Nations are rights-bearing communities according to our Constitution.

Scheer must also pledge to continue the work on indigenous education begun by Harper. High school dropout rates hamper First Nations' economic and social development. Band members must be full trained for the jobs created on their territories.

While in Opposition, the Liberals criticized the Harper Conservatives when they resisted implementing the UN Declaration on the Rights of Indigenous Peoples (UNDRIP) because they were concerned it would interfere with Canada's legal system. Requiring "prior and informed consent" from aboriginal groups for projects that are in Canada's best interest is destabilizing - it gives indigenous groups too much power.

Our courts have clearly ruled on the duty to consult. It's about balancing various interests, not about granting veto power. But once the Liberals removed Canada's objector status to UNDRIP, indigenous groups pushed for a requirement well beyond what our Constitution requires. The Conservatives need to promise indigenous communities that they will be partners in development but that they aren't in charge.

Following this blueprint will allow the Conservatives, as government, to improve the lives of on-reserve First Nation people. That's in the national interest.

Ottawa needs to treat indigenous communities with true respect. Andrew Sheer has an opportunity to do this. He can start addressing the issues now, as he moves toward the 2019 election.

Contacts per case may offer glimmer of hope

Enbridge Line 3 replacement approved in US

The Moosomin RCMP detachment has re-opened to the public. The detachment office closed temporarily last week after a family member of an RCMP membe...

Moe says there is a bright future for Sask. mining industry

Moonlight Madness will look a little different this year