For the third year, provincial government is providing $275,000 to Moosomin airport expansion project 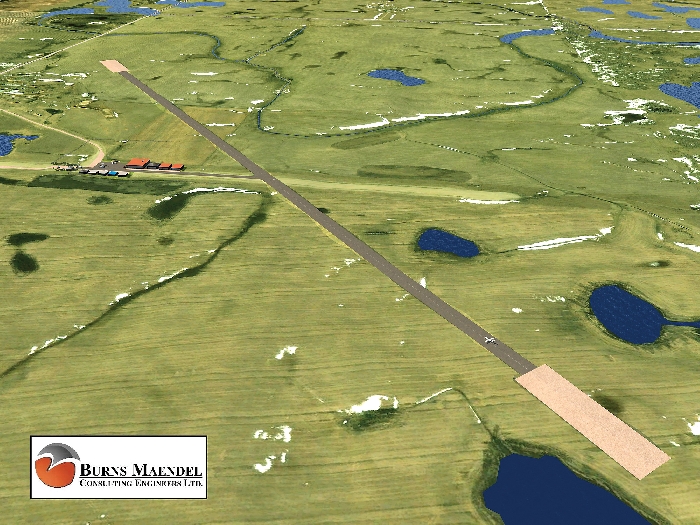 The plan for Moosomins expanded airport.

Several communities in southeast Saskatchewan will receive funding for airport improvements through the provincial Community Airport Partnership (CAP) grant in 2021, including Moosomin, which will receive the maximum grant of $275,0000 for the third consecutive year for the expansion of Moosomin airport.

The Government of Saskatchewan is putting $1.5 million into the CAP program this year.

Grants will go to improvements to 19 community airports around the province. When combined with local matching dollars, CAP represents a $3 million investment in provincial airport infrastructure.

As a commercial pilot myself, I know of the benefit these investments will have on some of our more rural and remote communities, Highways Minister Fred Bradshaw said.

These revitalization and rehabilitation projects will bring some much needed upgrades to some of our community airports and runways, leading to better usage and reliability for medical, emergency and transportation services to all regions of the province.

Last year, the government of Saskatchewan more than doubled its funding for the CAP program to $1.5 million, an increase of 114 per cent over the previous year.

The Ministry of Highways will be investing $300 million from that stimulus fund over several years into projects like resurfacing of runways, improvements for pilot assists at airports and several other highways specific projects.

The CAP helps municipal airports offset the costs of rehabilitation, construction and infrastructure improvements by providing cost-shared grants, up to a maximum of $275,000.

So far, 20 applications from 19 communities have been approved, totalling $1.26 million in funding from each partner:

Moosomin: New paved, lit runway with new taxiway and apron and plans for Area Navigation (RNAV) and AWOS valued at $275,000;

Esterhazy: Crack seal and slurry seal on runway, valued at $5,883;

Leader: Line markings and numbers on runway and aprons, valued at $5,453;

Maple Creek: Painting lines and numbers on the runway, valued at $4,240;

Moose Jaw: Rehabilitation of existing taxiways and a portion of the apron, valued at $275,000;

Prince Albert (two applications): Runway windsock and end markers and addition of a buried wildlife fence to the airport perimeter fence, valued at $106,650;

Wynyard: Recapping taxiway and apron, valued at $16,738; and

Another intake of applications will take place this fall to allocate the remaining funds.

Since 2007, more than $10.5 million has been invested in Saskatchewans community airports. When coupled with 50-50 matching community contributions, the CAP program has generated more than $21 million in airport improvements. A total of 38 different communities have benefited since the program began. 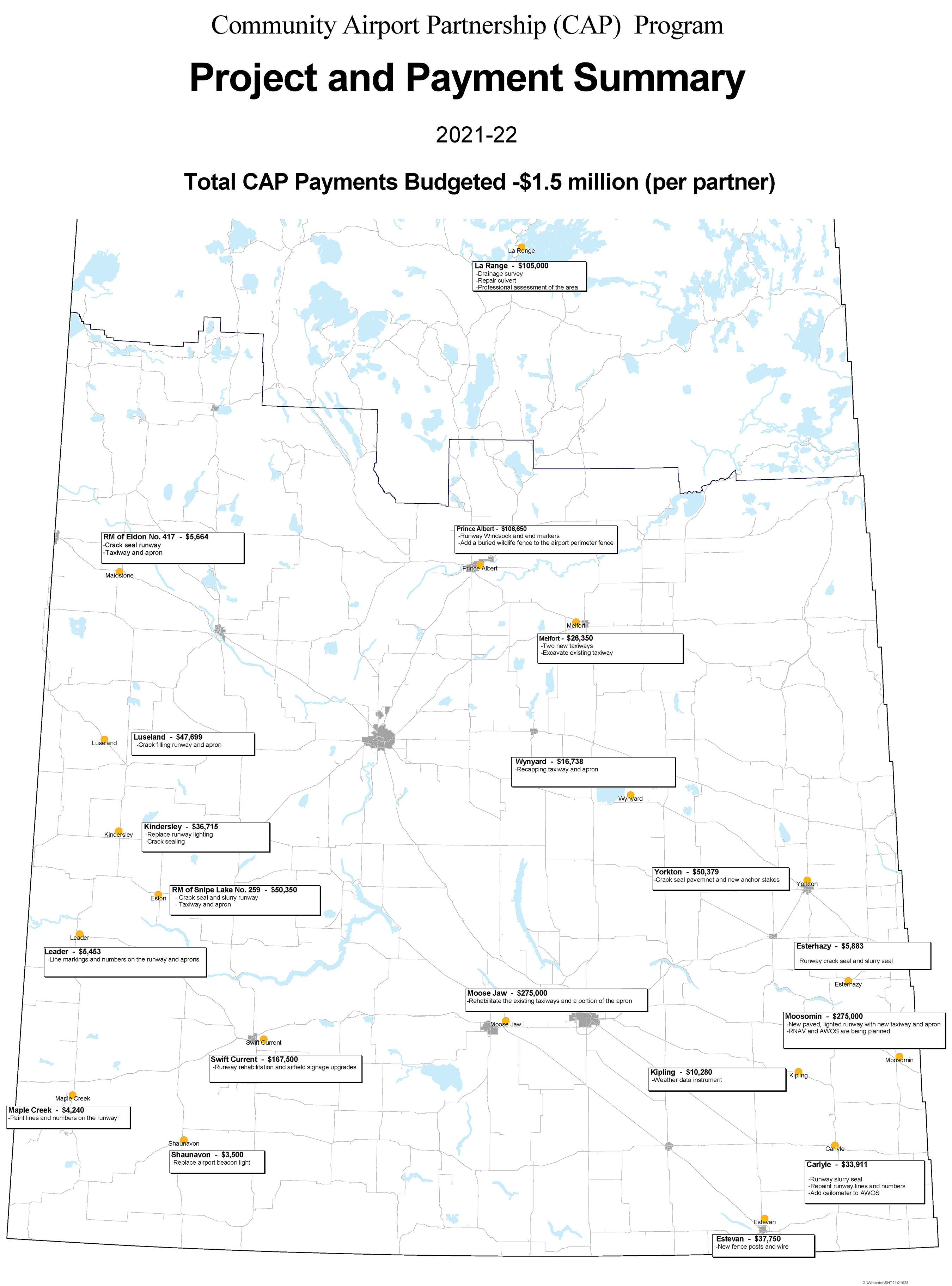 Projects in southeastern Saskatchewan that will receive CAP funding this year.