By choosing not to report on mental health or suicide, journalists only perpetuate the stigma for those living with a mental illness 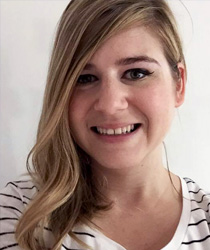 
Britney Dennison is an Expert Adviser at EvidenceNetwork.ca

Three years ago, comic icon Robin Williams was found dead. His death was subsequently confirmed by California police as a suicide. The coverage was overwhelming: articles, blog posts, live coverage, television segments and an outpouring of emotion over social media.

The sheer volume of coverage is overwhelming when we consider that, not long ago, the media refused to report on suicide.

The "contagion effect" is the argument that editors, journalists and academics used for decades to justify the exclusion of suicide from the news.

"Suicide contagion" is described by the U.S. Centers for Disease Control and Prevention as "a process by which exposure to the suicide or suicidal behaviour of one or more persons influences others to commit or attempt suicide."

But by choosing not to report on mental health or suicide, journalists are only perpetuating the stigma for those living with a mental illness.

Because mental health and suicide were hidden from the public eye for so many years, a lot of misinformation built up in the public consciousness. This made it much more complicated for journalists to report factually and carefully when they finally decided to break their silence.

Such topics are much more complicated to report on than they first appear. This may be why we've seen some harmful reporting. For example, Shepard Smith from Fox News suggested that Williams took the coward's way out.

Talking about suicide is important. Doing so helps dispel myths and combat stigma. But journalists need to report thoughtfully and with the right intentions.

I spoke with Cliff Lonsdale, author of Mindset: Reporting on Mental Health to get his thoughts on suicide coverage and how the media handled the death of Williams. He told me that for each example of bad reporting, there was much more evidence of good reporting.

"I think it bears out the fact that people are really trying now to get this right," he said. "And there has been quite a lot of evidence of that effort out there.