The route to happiness and success runs through dedication 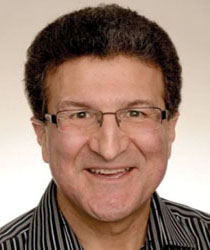 "People don't rise from nothing. ... It's only by asking where they are from that we unravel the logic behind who succeeds and who doesn't," journalist and author Malcolm Gladwell tells us.

This is a powerful notion. How did I, for example, become a writer? Was I born with natural abilities? Is it something I had intended and worked toward? Or was it something that just happened?

The truth is that I was definitely not a gifted writer in my early years. I had a mild learning disability that made it difficult for me to decipher words and communicate my ideas on paper. By the time I reached university, my skills were adequate, but rules for writing English seemed abstract to me and I was frustrated by my lack of success. So I tried to avoid English courses as much as possible.

Then I signed up for a class in journaling. This opened up a window to a world I never knew existed. I found myself turning to writing as a way to clarify thoughts about what I saw around me, what I saw in myself, what I feared, what I hoped for and where I found truth.

Although no one else read my work, I came to love this time alone with my thoughts and ideas as they took form on paper and guided my life in a positive way.

Being an extrovert with a sense of adventure, I also began studying other languages. The desire to communicate effectively and intelligently required that I understand structure and form, along with vocabulary. For the first time, verbs tenses, direct and indirect objects, prepositions and compound sentences began to make sense to me. I had to understand them in order to speak and write French and German in a way that others would understand.

When I went back to writing English, suddenly all of the things that my high school and university teachers had tried to teach me in grammar and composition made sense. I was able to write with a deeper sense of awareness and, thus, with much greater clarity.

I not only learned what good writing looked like, I was using effective writing skills.
Gladwell also says that, "Researchers have settled on what they believe is the magic number for true expertise: 10,000 hours."
This would mean that I needed to spend roughly 10 hours a week writing for 20 years in order to gain true expertise.

Looking back, this is precisely what happened once I developed a love of writing.

In order to dedicate the time necessary to gain expertise, we need to truly enjoy what we're doing. This too is a key to success.

What then of the people who are naturally adept? Two factors come into play. The first is that without dedicated effort, they'll soon be passed by those who are working hard. The truth is that natural ability is only one piece of the puzzle. We also need good training, an interest and a great deal of practice.

Of course, other factors come into play when predicting success. Opportunity is vital, so it's necessary that our societies have structures in place, such as good schools, that allow people to develop their gifts.

So what determines the success of a person?

More than anything, it's our ability to put persistent effort into learning a particular skill. This is much easier to do when we love what we're doing.

As more of us dedicate our careers to doing what we love, we can only imagine the tremendous possibilities in our futures.