We have each other to get through this 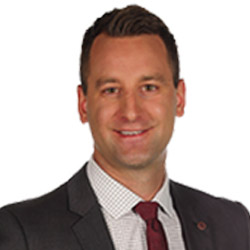 
Taylor Shire got his start in journalism as a summer student at the World-Spectator, and is now sports anchor at Global Regina. He played alongside the four young Rocanville Tigers players who died tragically in 2010.

Ive been quiet since hearing of the Humboldt Broncos bus crash on Friday night.

In fact, Ive had a hard time getting back into the regular day routine.

And as a sports broadcaster, Ive had a rough time caring about whats happening in the sports world, because Friday nights loss still feels insurmountable.

When it comes to sports, oftentimes we use cliches like do or die, but what the Broncos and their families are going through right now puts everything into perspective.

Im no tragedy or grief expert, nor do I want to be, but unfortunately, Friday nights news brought back some memories of my own.

On November 21, 2010, as a member of the Rocanville Tigers senior hockey team, we lost four teammates in a car accident the day after a game.

That day, it wasnt just the hockey team losing four young men in their early 20s and late teens, but in fact the community lost a part of its identity.

The town of Rocanville, where I grew up, had a piece ripped out of it. It hasnt been the same since.

But what I can say, if theres anything positive to take away from that situation, is the community rallied together to support one another, and that was truly amazing. Rocanville is different since the accident in 2010, but it is strong. And we are seeing the same in Humboldt, in Saskatchewan and around the world today.

There has been a lot said by many others over the past few days, and I want to thank each and every one of you for that. You are helping with the grieving process for everyone who reads your words, including yourself. Its important to rely on one another during a time like this.

What the parents, siblings, aunts, uncles, grandparents, other relatives and friends are going through right now is a nightmare.

Theres a hole in your heart, a pit in your stomach and a lump in your throat.

And while the sun will come up tomorrow, the feeling of loss will be there for some time.

Its going to be hard.

For those affected the most by Fridays tragedy, theres a long road ahead.

I think about four of my best friends every day.

The pain will always be there, the flashbacks.

But what I have learned since that day in 2010, is that we have each other to get through this.

And I know that will be the same case this time around.