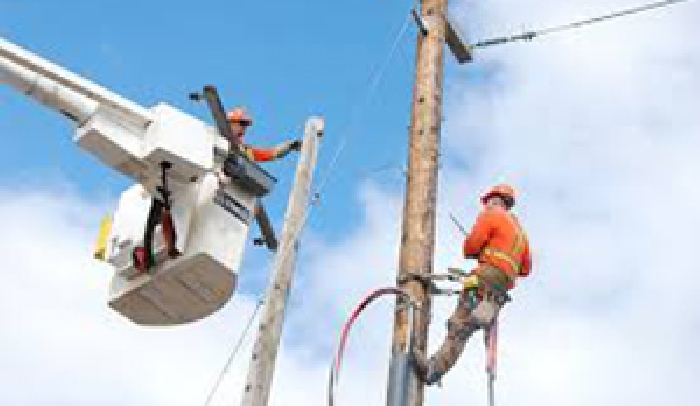 Many were left without heat and power in Texas and surrounding states following a pair of winter storms that began on February 10.

SaskPower was able to help stabilize the grid by exporting 175 megawatts of power down to our southern neighbors.

SaskPower spokesperson Joel Cherry explained that the Southwest Power Pool put out a call for help when they realized it was an emergency, and SaskPower answered.

They knew they had an emergency situation on their hands and they needed more power. They put out the call for more power imports, and the market conditions were right for us as well so that is why we did that at that time, said Cherry.

We did export power for a number of days when the need was great in the United States. We were sending power down there for close to a week. The way it actually works is through an organization called the Southwest Power Pool, which is an organization that facilitates the transmission of electricity through 14 states, mostly in the southern region of the United States. One of their member states is in North Dakota, Cherry said. When we transport energy across the border we have a tie line near Estevan that goes to South Dakota. So we were able to transport energy through that line and into the Southwest Power Pool where it could flow to wherever it was needed.

Cherry explained that the Southwest Power Pool has a market that they were able to sell power into. The power was then resold and distributed to places that needed it.

The price we were paid for the power we put down there was according to the market, which changes frequently. The price that we were being paid was dependant on the market price at the time. Cherry said. We werent giving the power away for free, SaskPower did make some money off of it.

The power that was exported did not have an impact on Saskatchewan residents, however.

Theres no effect on rates here, we have a fixed rate for our customers and it has to go through review and everything before we change any rates. And we were only donating as much as we could at the time. It was colder than normal here and we had higher peak loads during the day, but we still had enough to transport. If we had a spike in demand and one of our facilities had to shut down for a while and there was any chance we would not be able to supply our own customers with power, we would stop exporting power immediately. Our first priority was our own customers.

This isnt entirely new. We export and import power on a fairly regular basis. If we ourselves were thinking that we couldnt meet the demand for regular power for whatever reason, in order to keep our grid stable and reliable we might import small amounts of power from our neighbors too. It goes both ways. This illustrates the importance of having a well-integrated and well-managed system of power grids in North America.

Cherry attributed the power outages in the United States to their systems not being designed to handle extreme colds, something that SaskPowers systems are designed for.

When you have colder weather, you have higher power usage. They saw that in the United States with unseasonably cold weather for them and it stressed their system badly. Their system isnt built to deal with the cold like ours is, all our equipment is winterized. We plan for spikes in power use associated with cold. We just dont see the same level of dramatic swing. If everybody is heating their house with electricity and you have a cold snap, youre going to see a spike in power usage whereas here most people heat their house with natural gas. You need the power to make your furnace run, but your house is heated with natural gas. Our homes are also insulated compared to what they would have down there.

While Saskatchewan does see an increase in power usage through winter, Cherry says it is nothing that their systems cant handle.

For sure we do see the power go up with people plugging in their cars and people using appliances as well as industrial uses, but we dont see the really dramatic swing in demand like they would in Texas when it gets cold.

Now that power is back on in many parts of Texas, SaskPower is no longer exporting power down south.

We are no longer exporting power to the states and thats just because of the conditions down there. There are still issues with frozen pipes and that sort of thing, but the conditions that caused the blackouts in the first place have mostly been resolved. The weather has become more moderate down there and theyre no longer in an emergency situation.