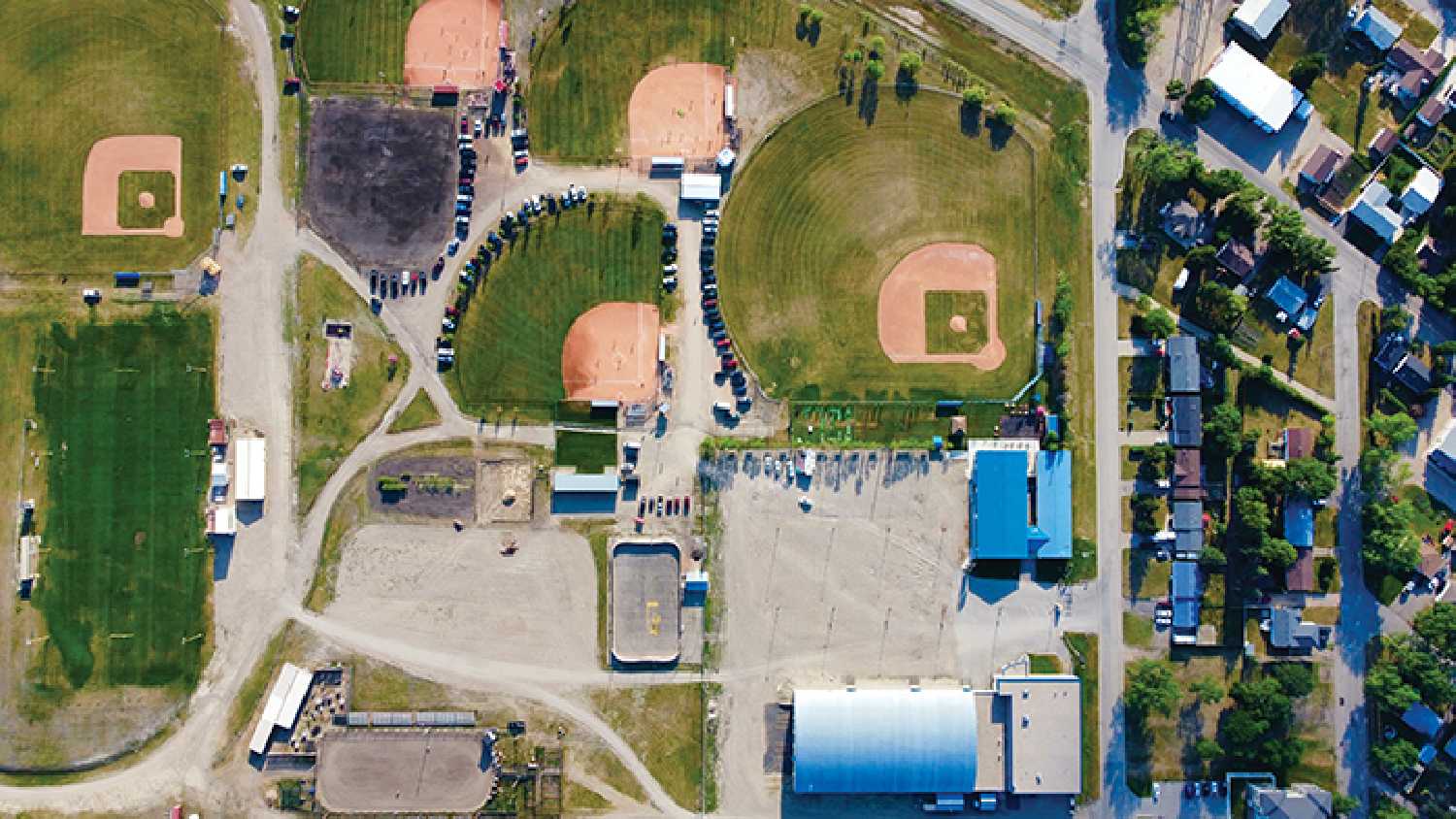 A busy weekend is planned at Bradley Park July 23-25 with Masters Provincials, an outdoor concert with the Blu Beach Band, year-end slow pitch, and the Parks and Recreation awards.

The weekend will kick off with the games for the 2021 Masters Provincial Weekend starting at 9:00 am on Friday.

Recreation Director Mike Schwean says the Moosomin Blue Jays will welcome eight teams to play off against one another over the coming weekend from July 23 to 25.

We have our Masters Provincials, they didnt have that last year because of Covid so its the first time in two years. Its the 45 and over guys and they usually do it every year so theres going to be the Moosomin Blue Jays, Northeast As, Edan Valley Senators, Regina Drifters, Riverhurst Thumpers, Moose Mountain Royals, Saskatoon Joes, Weyburn Merchants, and Assiniboia Aces, said Schwean.
Those teams are going to arrive on Thursday and play all day Friday, Saturday, and then Sunday is going to be their finals.

The games will begin on Friday and run from 9:00 am into the evening, with the final round-robin game scheduled to start at 5:30 pm.

Games will continue on Saturday starting at 9:00 am before finals kick off on Sunday.
Admission is free.

The slow pitch tournament will kick off on Friday as well with games starting at 6:30 pm.

The tournament will continue into Saturday with games scheduled throughout the day and finally into Sunday with another day full of fun.

Tickets can be purchased by contacting the recreation office by calling 306 435 3622 or emailing msmn.rec.brd@sasktel.net.

Schwean says the awards were unable to be held last year and have been pushed to this year with the 2021 awards expected to take place in the winter.

We werent able to do the ceremony last year. We actually had it scheduled for October last year but Public Health said we were over the mandated numbers so we postponed it. So this is actually the awards night for our 2020 winners. So well have that on Friday night and then theyll be able to go out and enjoy the Blu Beach Band as well, said Schwean.

Well have the 2021 awards in December. So well be doing two awards ceremonies this year.

Ron McKay will receive the Mayors Award of Distinction.

The Corporate Community Builder Award will be presented to Bob and Rose Mullett for their Home Hardware Field contributions.

The Team of the Year award will be presented to the Moosomin Pee Wee Boys Baseball Team.

Moosomin Monarchs Mens Fastball Team of 1991 and 1992 will receive the Legends Award.

The RM Award of Distinction will be given to Don Ferguson.

The Youth Award of Excellence will be presented to Kadence Meredith.

Moosomin Minor Ball will receive the 2019 Saskatchewan Baseball Association of the Year award.

And finally, the 2019/2020 Saskatchewan Hockey Association of the Year Award will be presented to Moosomin Minor Hockey.

To top off Friday night will be live entertainment on the Celebration Ford Grandstand at the Tim Hortons Eventplex.

Outdoor concert and beer gardens
The Blu Beach Band will start playing at 9:00 pm, and Schwean says it is a performance that should not be missed.

Friday night we have Blu Beach Band, an amazing band with kids from Langenberg. Theyre amazing so theyll be playing outdoors from 9:00 pm to 12:00 am with free admission, but people can make a donation at the gate if people would like, said Schwean.

He says that beer gardens will also be available through the weekend.

We have beer gardens all weekend. Friday has beer gardens at the Eventplex on the deck and then on Saturday we move it over to Remax court for our beer gardens because of a wedding. Sunday well be back at Tim Hortons Eventplex again.

Schwean looks forward to weekend, seeks more volunteers
Schwean says he is looking forward to a busy weekend and says he is excited to be able to hold evemts again.

He says that around this time last year there were very few events.

We were not allowed to open the park until July 6 last year and by that time ball was over so we were only able to run a little bit of slow pitch. But all the other provincial things were cancelled last year. This is the first big weekend, we got it all up pretty quick and then we have some more provincials in August as well. We have lots going on, said Schwean.

But with big events comes a demand for volunteers. Schwean says the recreation department is looking for volunteers to help make these events run smoothly.

Were still looking for volunteers for all our events, said Schwean.

So if anybody is looking to help with 50/50s or score keep or that kind of thing wed love to hear from you. We are just trying to do this for the community.