On November 11 take time to remember

The Moosomin Armoury during the First World War.

This Friday, November 11 is Remembrance Day, initially set to mark the end of the First World War.

At many Remembrance Day Services, a roll of honor is read out.

The name of each sailor, soldier or airman from each community is read and the individual is honored.

Some of the stories are truly amazing.

Who are some of those soldiers who made that sacrifice? These are the stories of three local soldiers who will be remembered on Fridaythree men who received the Victoria Cross, the highest honor a soldier can be given in this country. 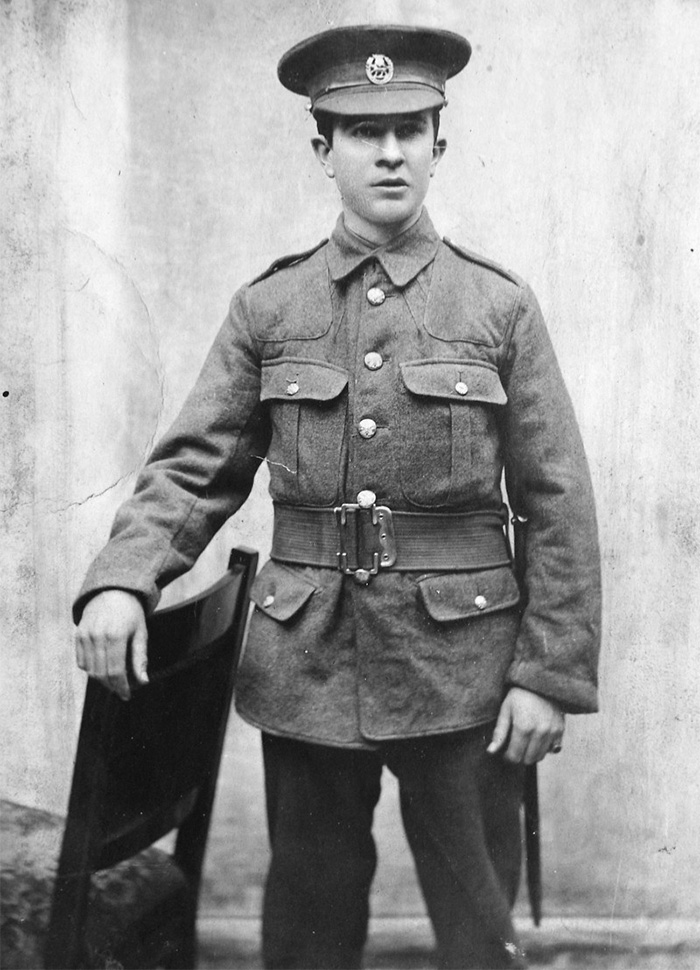 On December 19, 1941, in the British colony of Hong Kong, the company of the Winnipeg Grenadiers to which he belonged had become divided during an attack on a steep rising hill, Mount Butler.

A part of the company, led by Company Sergeant-Major Osborn, captured the hill at the point of the bayonet and held it for three hours until they were forced to withdraw under heavy fire.

Osborn and a small group covered the withdrawal, and when their turn came to fall back he single-handedly engaged the enemy while the remainder of the group successfully rejoined the company.

During the afternoon, the company was cut off from the battalion and completely surrounded by the enemy, who were able to approach to within grenade-throwing distance of the slight depression that the company was holding.

Several enemy grenades were thrown, which Osborn picked up and threw back.

The enemy threw a grenade which landed in a position where it was impossible to pick it up and return it in time.

Shouting a warning to the others, Sergeant-Major Osborn threw himself on the live grenade, which exploded, killing him instantly.


Lieutenant Robert Grierson Combe, who owned a store in Moosomin before the First World War, was awarded his Victoria Cross posthumously.

Lieutenant Robert Grierson Combe, who grew up in Scotland and apprenticed in pharmacies in Aberdeen and London before joining the staff of a pharmacy in Moosomin in 1906, was awarded his Victoria Cross posthumously.

He enlisted in 1915. He was granted a commission and was posted to the 53rd Battalion at Prince Albert. Proceeding overseas, he qualified as a major and was placed on the instructional staff in England.

Later, at his own request, he reverted to the rank of lieutenant and joined the 28th Battalion in France. Illness forced his return to England for a time, but he was soon back at the front, this time with the 27th Battalion.

He served with distinction in that unit until his death on May 3, 1917. Combe was posthumously awarded the Victoria Cross, the Empire's highest medal of honour, for "most conspicuous bravery and example."

The action described in the citation took place near Acheville, three miles from Vimy village and several weeks after the main Battle of Vimy Ridge. He led a small force on the right side of the Canadian line, which inflicted heavy casualties.

The Germans had anticipated an attack, and by the time the Canadians reached a point 500 yards from the German lines, Combe was the only officer in his company still alive.

Combe and the other survivors from other units found themselves caught in an artillery crossfire between the Germans and a barrage from their own guns.

Leading six of his surviving comrades, he attacked the enemy position, capturing 250 yards of trench and 80 prisoners.

Combe was fatally wounded by a snipers bullet in the final charge. 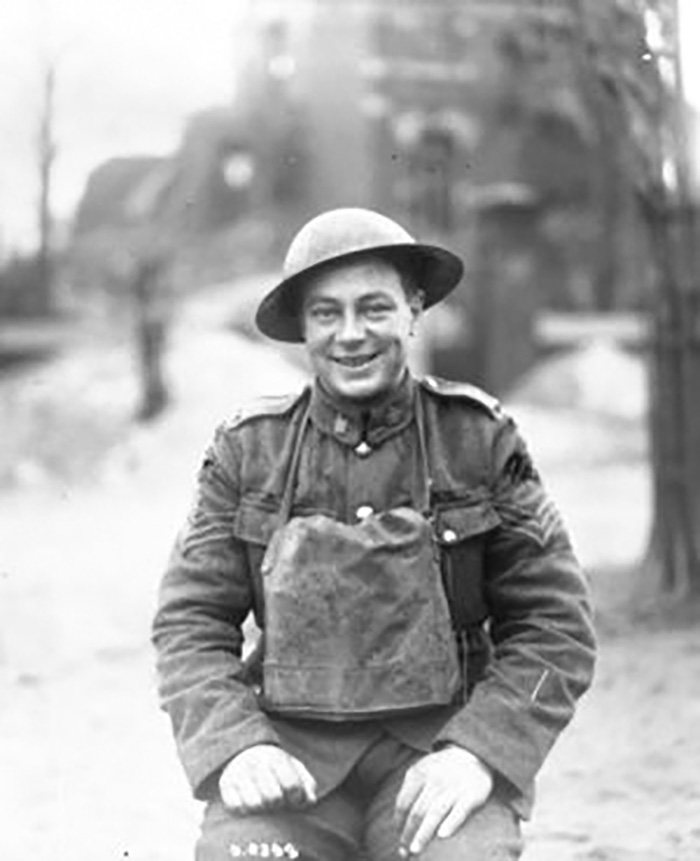 25-year-old Sergeant Mullin single-handedly captured a German pillbox that had withstood heavy bombardment and was causing heavy casualties, holding up the attack.

In January 1918, Sergeant Mullin was informed that he had been awarded the Victoria Cross for his actions on October 30, 1917, in Passchendaele, Belgium.

25-year-old Sergeant Mullin single-handedly captured a German pillbox that had withstood heavy bombardment and was causing heavy casualties, holding up the attack.

Mullin rushed a snipers post in front, destroyed the garrison with bombs, and crawling to the top of the pillbox, he shot the two machine-gunners with his revolver.

Sgt. Mullin then rushed to another entrance and forced the garrison of ten to surrender.

According to the citation for his Victoria Cross, His gallantry and fearlessness were witnessed by many, and, although rapid fire was directed upon him, and his clothes riddled with bullets, he never faltered in his purpose and he not only helped to save the situation but also indirectly saved many lives.

After the war, he returned to Moosomin.

He was appointed Sergeant-at-Arms for the Saskatchewan Legislature in 1934. He passed away very shortly after retiring from that position.

Those three local Victoria Cross winners, out of only 17 Victoria Cross honors awarded in all of Saskatchewan, show the kind of sacrifice that were made by many, many Prairie youth during the two World Wars.

Those are only three stories.

But there is a story behind every one of the names of the fallen that are honored this Remembrance Day.

Every one of those names represent a life cut short.

Every one of those names represents broken hearts and tears for those left behind.

Every one of those names represents unrealized potential.

We simply have no idea what some of those soldiers may have accomplished had they returned home and had the opportunity to live out their lives, as you and I have.

In this weeks paper is a list of times and locations for Remembrance Day ceremonies in communities across our area.
Please take time to remember this Friday, November 11.

And when you do, please keep in mind that behind each of those names that is read out at the Remembrance Day Service, or is carved in stone on the Cenotaph, is a life, and a story, that deserves to be both remembered and honored.