Who benefits from an expanded CPP? 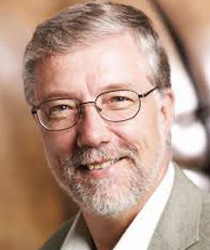 VICTORIA, B.C./Troy Media/ - As recently as June 2016, the federal and provincial finance ministers agreed to expand the Canada Pension Plan (CPP). It's so recent, in government terms, that many of the details of benefit entitlements, costs and investment criteria still aren't known.

But it's been long enough for deep thinkers on matters of social security to delve into the macro proposals and issue some serious concerns.

Who really benefits?
Turns out, it's not low- or middle-income workers.

This creates a complex maze of subplots. It's difficult to tweak one part - like CPP - without having unforeseen consequences on other parts of the system. It's like squeezing part of a balloon - for sure, some other part is going to pop out on you.

So it's not surprising that two thoughtful commentators, Bob Baldwin and Richard Shillington, have issued a critical paper from the Institute for Research on Public Policy, pointing out some very serious negative consequences of an expanded CPP.

Baldwin and Shillington state that poorer Canadians (other than those on OAS, which is exempt) with income persistently less than $25,000 will get no net benefit from the enhanced CPP tier 2 benefits for which they have paid (a relatively rare event for married couples).

The Canadian Guaranteed Income Supplement is a welfare payment meant to help only those attempting to live on very low income. Once a recipient earns some relatively modest income level, their GIS benefits are clawed back. This clawback is equivalent to a 50 per cent tax rate on earned income over the defined level and, because seven provinces have similar top-ups with similar clawbacks, the effective tax rate can be as much as 100 per cent (or even higher, if there are other subsidies for housing, transport, etc.).

In other words, there's virtually no incentive for a low-income worker to save for retirement or to take paid employment, especially once one is retired and receiving the GIS.

Now, throw in a mandatory expansion of CPP for all Canadian workers outside of Quebec. The new tier of benefits is meant to be "fully-funded," which means workers must pay in full for any new benefits they receive.

So we have a system that mandates that workers - even low-income workers - make full contributions to buy their new benefits.
Why is this a problem?

When persistently low-income workers retire, they'll find that their GIS benefits (paid for out of general tax revenues) will be clawed back. Most will receive nothing more in total benefits even though they've been forced to pay in full for the expanded CPP. To be fair, this is mitigated to a great extent by changes planned for the Working Income Tax Benefit.

Overall, the picture is very different from that portrayed by our politicians. Canadians will pay for their new CPP benefits in full through workplace contributions. No government cost at all.

In fact, the portrait is even rosier for governments. Because of higher benefits from the new CPP, tax revenues will rise $2.7 billion (once the system is mature) and OAS/GIS benefits will fall $2.1 billion because of the clawbacks.

Further, because OAS benefits rise with inflation but wages rise with the growth rate of the economy (usually higher), the replacement rate provided by the OAS will fall as a percentage of average wages over time. Models indicate that over the next 20 years, the value of OAS will fall faster than the new benefits CPP will create. There will be no net gain at all for both low- and middle-income workers.

Overall, Baldwin and Shillington ask: Who benefits from an expanded CPP?

But not everyone else. And low-income workers may even see a reduction in overall benefits.

The Canadian Retirement Income Security Benefit system is complex and full of important contradictions. You can't just amend one part of the system without analyzing the impact on the total system. So far, the federal government seems not to have taken this into account.