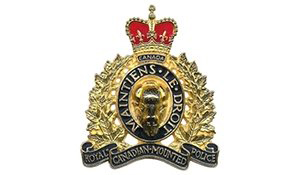 Two young men, aged 17 and 18, died when they fell through the ice Wednesday.

On Wednesday, October 21, 2020, at approximately 2:45 am, Portage la Prairie RCMP received a report of two unknown males attempting to enter a residence on Cherry Road in Delta, Manitoba.

The males indicated to the homeowner that they were looking for a residence of someone they knew.

The homeowner was concerned and contacted police.

When police arrived on scene, the males had left the residence, but were still believed to be in the area. Officers began looking for the males when they heard calls of distress coming from the marsh area of the community.

RCMP Police Dog Services was called in to assist in locating the males.

Police were able to track the males into an ice-covered marsh area, where officers could see something had broken through the ice into the water.

The males, aged 18 from Brandon and 17 from Portage, did not resurface and are considered deceased.

Kim Schaefer decided to grab a few ZING tickets on a break from work in late October. Little did she know that one of the four tickets she grabbed  a...

The ongoing pandemic response and fulfilling the governments election commitments are the two main focuses of the 2020 Speech from the Throne, entitl...

Manitoba Public health officials say 11 additional deaths due to COVID-19 have been reported Sunday, November 29, including:  a male in his 60s fro...