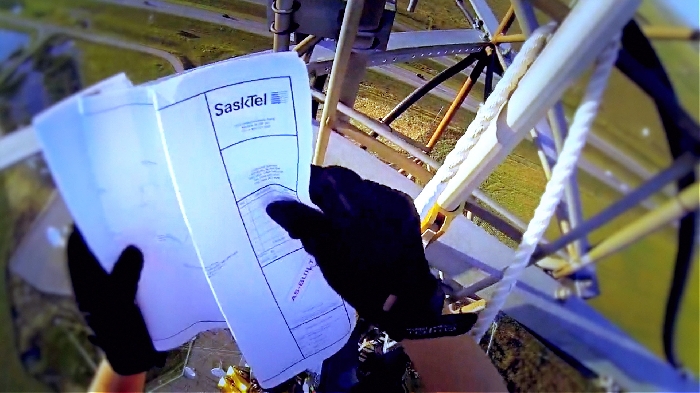 SaskTel continues to roll out its expansion of rural cellular towers across thinly populated areas of rural Saskatchewan, with the announcement on March 2 that a further 15 new macro cell towers had been activated. These additional towers bring 4G LTE wireless service to previously underserved rural parts of the province.

Youd be forgiven if you had to look up some of these places on a map. The list of new locations with towers near them includes Burnham, east of Swift Current; Clayridge, northeast of Whitewood; Crescent Lake, East of Melville; Duncairn, southwest of Swift Current; Filion Lake, east of Debden; Frenchman Butte, northwest of Paradise Hill; Great Deer, west of Hepburn; Keppel, west of Perdue; Kessock, east of Yorkton; Main Centre, northwest of Morse; Meacham  East, northeast of Colonsay; Murphy Creek, southwest of Nipawin; Parkerview, southwest of Theodore; Sokal, northwest of Wakaw; and Worcester, north of Weyburn.

Greg Jacobs of SaskTel said by the end of the summer, SaskTel will have about 1,000 cell towers, total, throughout the province. Over 700 of those will be located in rural parts of the province.

Our government understands how important communication services have become in the modern world, especially in rural and remote areas, said Don Morgan, Minister Responsible for SaskTel, in a release. Through the Wireless Saskatchewan initiative, and thanks to the efforts of SaskTel, were raising the level of connectivity in rural and remote parts of the province so that our residents are better equipped to compete and succeed in the modern world.

As illustrated by a recent report from the Canadian Radio-television and Telecommunications Commission (CRTC), Saskatchewan already has the best wireless coverage in Western Canada, with over 99 per cent of the population and 98 per cent of the major roadways and highways being covered with LTE wireless service, said Doug Burnett, SaskTel President and CEO. And, with the addition of these new towers, wireless coverage in Saskatchewan is getting even better.

These towers are part of the final phase of the Wireless Saskatchewan initiative, which will see SaskTel invest over $70 million to construct 74 macro cell towers in rural parts of the province.

SaskTel anticipates that all of the cell towers to be constructed as part of the Wireless Saskatchewan initiative will be complete by early Summer 2021.

Added Burnett, Were firmly committed to be the best at connecting the people of Saskatchewan, and its this commitment that drives us to continue to invest in our networks so that our customers have access to the services they need to stay in touch with what matters most to them from almost anywhere in the province.

Additionally, SaskTels fibre optic internet service, known as infiNET, saw substantial upgrades across most of its plans as of the end of February. While the highest tier, infiNET 300, which stands for download speeds of 300 megabits per second (Mbps), saw its download speed remain the same, its upload speed was increased to 150 Mbps.

The mid-level tier saw the largest gains, especially when it came to upload speeds. Formerly called infiNET 80, with 80 Mbps download speeds, the newly dubbed infiNET 150 was increased to 150 Mbps, nearly doubling its former speed. That same plan saw its upload speeds quintuple, from 15 Mbps to 75 Mbps. Lower tier plans also saw significant upgrades, and all for the same price point they were at before.

Asked about this, Jacobs said further upgrading higher speeds are being considered. That's something that we're looking at, and we are planning on upgrading the top-end speeds on our fibre network on infiNET. We plan and get that getting that done in 2021. Right now, I don't have an exact timeframe to share, though, but that is certainly something that is coming.

The beauty of the fibre network, is that, really, with the technologies that are out there today, we're just kind of scratching the surface with the capabilities of what we can do with fibre. We expect that we'll be able to continuously upgrade the level of speed that we can offer over fibre, as the supporting technologies required for that network starts catching up with the ability of that actual strand of fibre.

Several companies worldwide are starting to build out satellite-based internet service using thousands of small, low earth orbit (LEO) satellites. The most well-known is Starlink, headed by Elon Musk, who also heads up Tesla and SpaceX. It is currently beta-testing its service, and there are people in Saskatchewan signing up for it. Older satellite networks relied on satellites in geosynchronous orbits, 35,786 kilometres above the equator. Due to the restrictions of the speed of light and distance, bandwidth is low and latency is high, making for slow internet connections. Because LEO satellite constellations are so much closer to earth, at 550 kilometres, and use thousands of satellites, it means LEO constellations can nearly rival connection speeds and latency of wired and fibre optic networks.

Asked if the improvements to infiNET were in response to the introduction of Starlink, Jacobs said that infiNET is currently available in 16 urban centres, and will eventually be rolled out in a total of 40. He pointed out that Starlink is more of a solution for people living on farms, acreages, and in small communities, where it doesnt make a lot of financial sense to install fibre optic.

He noted that Canadian company Telesat is developing its own LEO network which is doing very much the same thing as Starlink. Telesats service is known as Lightspeed.

They're planning on putting up essentially a mesh network of low earth orbit satellites to bring faster, better broadband. Now the difference though, between Starlink and Telesat is, from what we know today, Starlink is very much going after the retail market. They're very much going after the farmer, himself, or the person who owns the acreage, or the small hamlet community. Theyre looking to be that end-to-end solution, versus Telesat. Theyre more of a wholesale model. So, they could be working with something like a SaskTel, or another communications provider. Other enterprises resell their product.

Is SaskTel working with Telesat? Jacobs responded, We reached out to them, and we are having ongoing conversations with them. There's nothing imminent, yet. They haven't rolled out a product yet. We would expect that they're having exploratory conversations with a number of enterprises and providers all across the country, depending on the solutions. But beyond that, as far as LEO satellite technology is concerned, we're keeping a close eye on it, and we will investigate opportunities to utilize that technology to improve broadband in rural Saskatchewan if we can.

If there's an opportunity to partner with any of those LEO providers that makes sense, both for us and them, it's something that we would explore, he said, pointing out that Starlink is still in the beta testing phase.

Additionally, when these networks start to see large number of customers, it may affect how much bandwidth individual customers will actually be able to take advantage of. For wi-fi, for instance, when you have a lot of users on the same network, it slows down for everyone.

He added SaskTel is looking at upgrading its Fusion fixed-wireless internet service in the relatively short term.