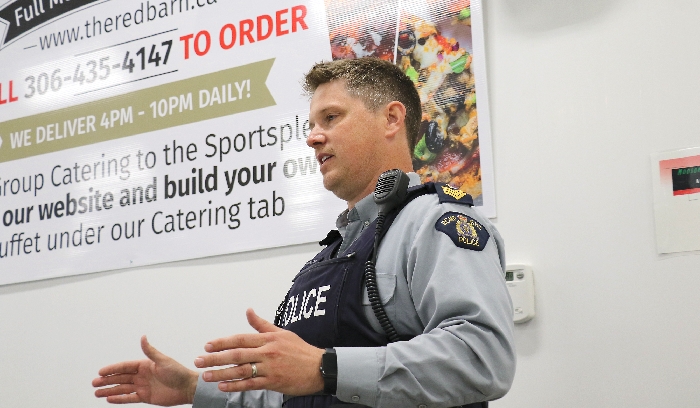 Sgt Dallyn Holmstrom made a presentation during the Moosomin Chamber of Commerce meeting Wednesday in which he addressed counterfeiting and gift card scams that affect local businesses.

A couple tried to pass counterfeit U.S. currency in Moosomin and Whitewood last week. Several businesses informed the police of their suspicions of the couple. Police were able to identify the couple.

Holmstrom said that like people involved in scams, the counterfeiters came up with a story to tug at the heartstrings of the people they were dealing with.

They just tug on peoples heartstrings, especially during Covid when everybody is feeling sorry for each other. They use that to their advantage, too.

In response to a question about identifying counterfeit currency, Holmstrom said Canadian currency is much more difficult to counterfeit than American, and counterfeit Canadian bills are therefore relatively uncommon, but he said retailers should always examine any American currency carefully.

That money is gone, and we cant even help you get that money back, because nine times out of ten its not in our country.

He said gift card scammers often coach their victims on how to avoid the appearance of a scam, coming up with a story about why the gift cards are needed.

Take everything that a person says to you and disregard it because it doesnt matter. If theyre buying a significant number of gift cards, even if you believe them, follow up with us.

I came here from Canora and we had a lady who was scammed out of $200,000. The scammer scammed her over a six-month period, and even after we intervened she did not believe us that it was a scam. She talked to this person every day over the phone and she fell for it, hook line, and sinker.

The Moosomin RCMP distributed point of sale cards to local retail businesses to help people to be on the lookout for gift card scams.

Moosomin businesses as a whole have done a really good jobthe businesses let people know when they think something is suspicious, they let us know, and a lot of businesses that sell gift cards put up our signs to help share information about scammers, Holmstrom told the chamber members. 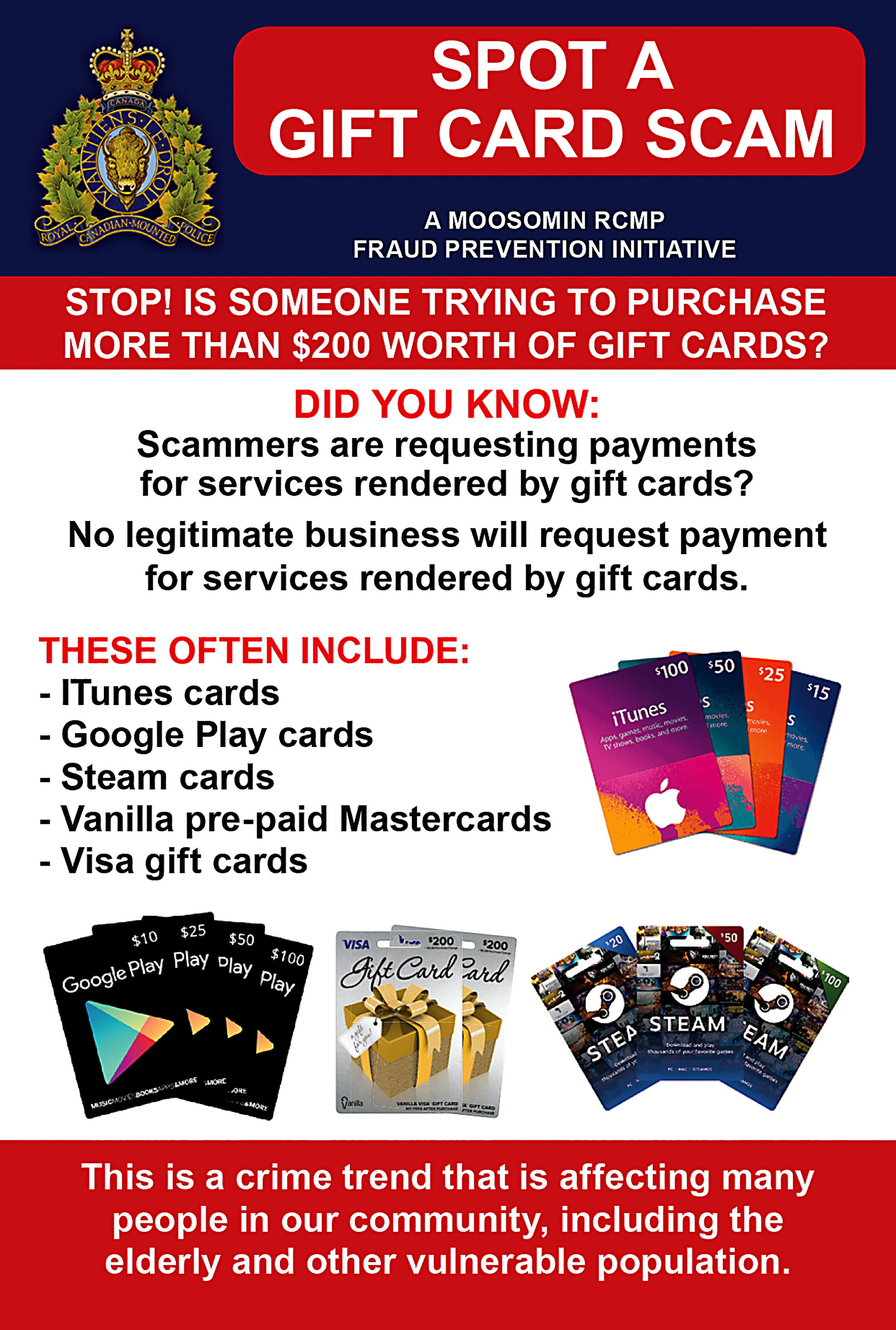