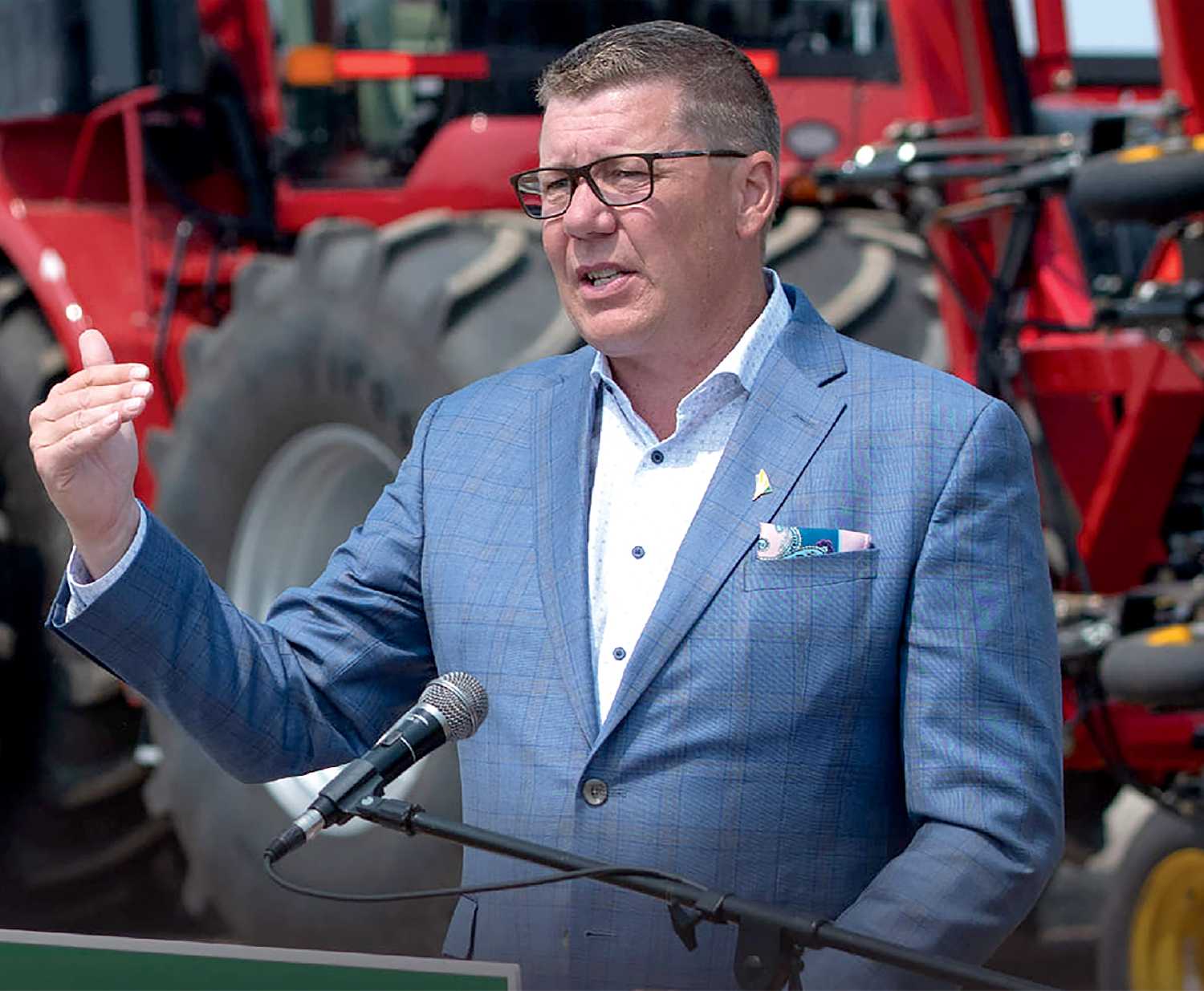 Earlier this spring we had provided submission to the federal government to take the carbon tax into the provincial realm, Moe told reporters Tuesday.

The submission that we had provided did exceed the minimum standards that the Supreme Court of Canada had put forward. We did exceed that.

It aligns with all the initiatives that the Trudeau government has also approved for other provinces in the nation and so we have since received an indication that the federal government will not be accepting Saskatchewans submission.

We view this as a very arbitrary and quite problematic denial for the province of Saskatchewan as the federal government will not accept our submission to replace the federal backstop with the provincial program here in Saskatchewan.

Weve long said that our province and industries like agriculture, mining, our energy industry are really part of the solution as we approach climate change in Saskatchewan, across Canada and around the world.

Our energy, our agriculture, our mining, our manufacturing companies are simply world leaders when it comes to reducing emissions and producing some of the most sustainable products available on earth.

They have very innovative solutions that they are putting into place to help achieve the very targets that our federal government has put forward.

For instance, behind me is a zero till machine utilizing Saskatchewan based technology, actually built in Saskatchewan, and they continue to be produced right here in Saskatchewan and not only sold to Saskatchewan or Western Canadian farmers but sold to farmers all around the world.

The Trudeau governments deliberate decision to continue to tax the hard working people, the families and the innovative industries such as Seed Hawk, such as Bourgault, such as Seed Master here in Saskatchewan is just simply not correct.

Im so disappointed with the arbitrary decision of the federal government in not accepting the proposal that we had put forward.

In response to a question, Moe said the province is looking at its legal options.

We will continue to work with the federal government because we feel ours is a solid plan and it exceeds what the minimum benchmark is right now.

One of the challenges in not moving forward with Saskatchewans proposal is were working very hard with industry on a reputable carbon credit offset system, understanding thats where we can recognize what emissions a machine, like this behind me, actually does in the way of carbon sequestration.

For farmers that are using this machine in Saskatchewan and zero till applications, but also for the manufacturers in Saskatchewan of which theres about half a dozen or better that are also selling these machines all around the world, and where we have opportunities with our federal government under article six of the Paris Accord where we can actually have manufacturers that will sell these drills in Kazakhstan and eastern Europe and Australia and the United States, actually capture a portion of those carbon credits for a period of time recognizing the innovation and technology and contribution to climate change that this innovative piece of equipment does perform. Theres many other opportunities just like that in industries beyond agriculture as well, and in order for us to move forward on that carbon offset plan within the province here, a reputable way to recognize the investment and the innovation of our industries, we ultimately want to be able to ensure that the carbon tax system that is in place is able to tap into that offset program.

So were concerned this is going to delay the forthcoming of that credit offset program that weve been working on so very hard as well, and I think its key, really, to the effort that were all making battling climate change around the world.

Yes, lowering emissions but also enhancing the opportunity to sequester more carbon in our soils whether it be in enhanced oil recovery for example where theres similar types of technology that can be utilized around the world. And so Ill be meeting, for example, with the Mining Association later today to just discuss how we can move forward with respect to that offset system too. Ensuring that we will be able to in some way move forward. It will be more challenging by not having provincial control over the carbon tax system.

Moe said the provincial carbon pricing plan would benefit residents and Saskatchewan industries
We can utilize the provincial system to the maximum advantage of Saskatchewan residents and Saskatchewan industries and then come in alongside, for example, with our carbon offset system.
Now that the Supreme Court has ruled, weve been workingwe thought collaborativelywith the federal government on moving forward with a plan that exceeds that minimum backstop.

We expected it to be accepted, and quite frankly, were quite shocked that it isnt. We dont understand why it wouldnt be and were willing to move forward in 2023 when they want to change the plan again, but the goal would be to bring this all in under the provincial plan so that we can look at ways to recognize what were doing here in this province, recognize and reward those people that are making the very best decisions around climate change in a more holistic way.

In addition to this, in addition to everything Ive said and not understanding why the federal government is not accepting our submission.

Theres still over $60 million of low-carbon economy fund that we also asked for in our submission that Saskatchewan, again, is the only province that has not received their share of the low carbon economy fund. So we just dont quite understand the reasoning behind this.

The Federal Minister of Environment, Mr. Wilkinson, who should know better being from this province, grew up in this province, he should have some understanding of what actually occurs in agriculture, in mining and in the energy industry in Saskatchewan, and so were really quite baffled in respect to the reasoning behind the rejection of what we thought was a very collaborative effort with the federal government, and I havent said that very often over the course of the last five years.

This province working in good faith at the officials level in the federal government, receiving quite positive feedback at the officials level of the federal government that this would be a credible plan that could be accepted and then too from the Ministry of Environment and the Federal Cabinet, not receiving that acceptance of this submission is really quite baffling and should be troubling for all Canadians.