10 year old from Esterhazy shares aspirations of becoming a Mountie 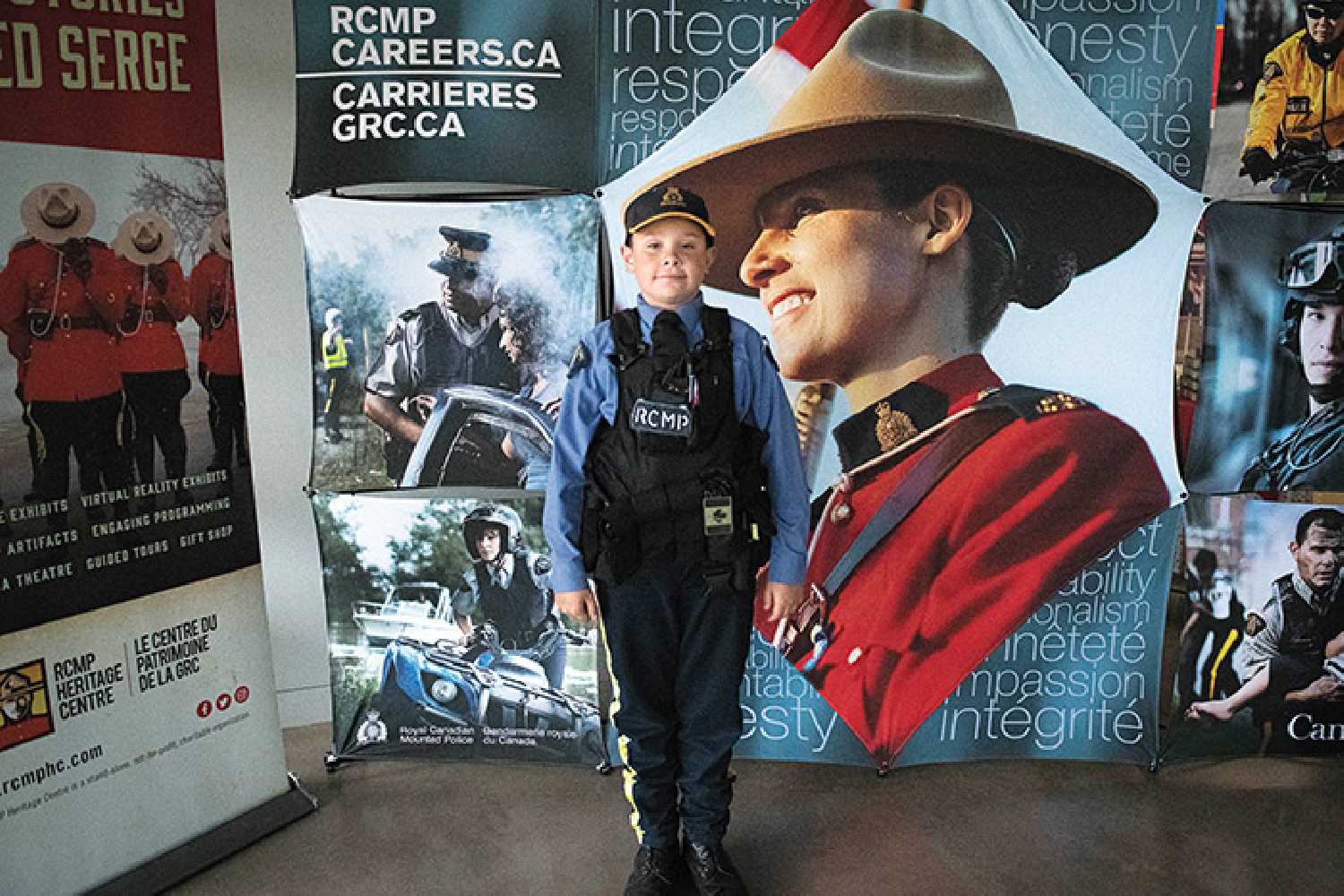 I want to be an RCMP officer one day. I think it would be really cool to be able to help people and protect people in your community, said Kohl.

There is no police service like the RCMP, says 10-year-old Kohl from Esterhazy.

Kohls love and knowledge for the RCMP has become well known by family, friends and the community of Esterhazy. When the opportunity came to learn more about the RCMP, Kohl and his father made the two-and-a-half-hour drive from Esterhazy to Regina to participate in the RCMP Heritage Centre Summer Camp program.

Throughout the summer, the RCMP Heritage Centre in Regina offers many programs for kids who are interested in learning about different aspects of the RCMP. Campers are encouraged to explore the world of Crime Scene Investigation, Forensics, RCMP Police Dogs Services and more.

When Kohl attended the Forensics program, he sported a homemade RCMP uniform complete with a vest, pants, baseball hat, patches, hand-cuffs and boots. He learned how to take finger-prints and footwear impressions at a crime scene.

The uniform took Kohl and his grandpa over two years to complete. At home, I often catch him shining his boots or making sure his uniform kit is in order for the day, said his father, Dean.

Cst. Amanda Herring from the Esterhazy detachment is very active in the schools in her community and inspired Kohl to pursue his dream of becoming a police officer.

He always greets me at the school with a big smile. Its kids like Kohl and their enthusiasm that make me love the work I get to do in our local schools, said Cst. Herring. 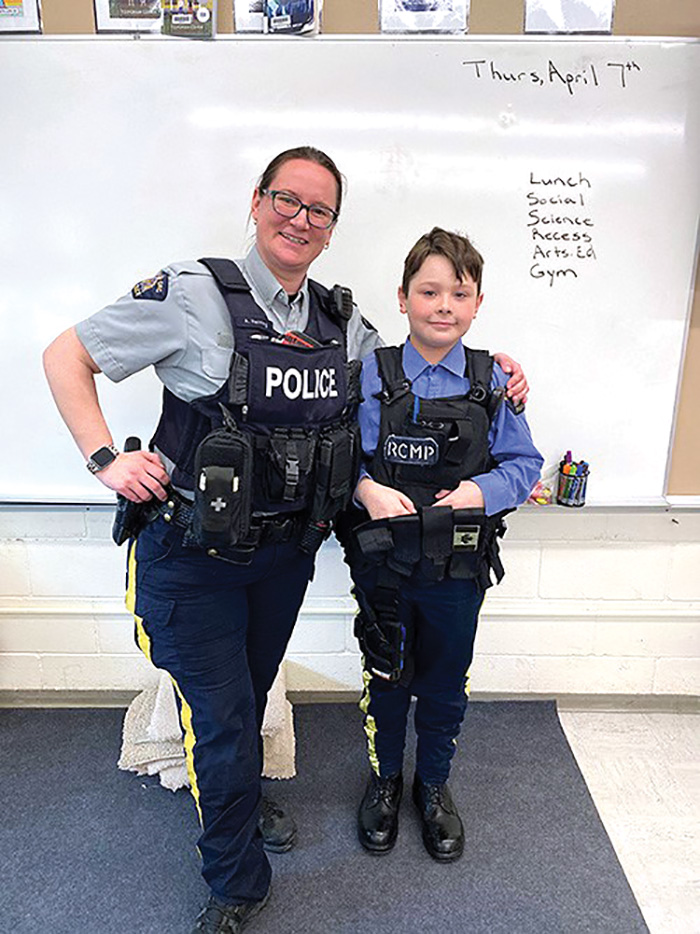 Kohl with Cst. Amanda Herring from the Esterhazy detachment. Left: Kohl at the RCMP Heritage Centre in his homemade RCMP uniform.

I want to be an RCMP officer one day. I think it would be really cool to be able to help people and protect people in your community, said Kohl. I think I would like to patrol in a small town near home. That way I dont have to ticket my friends and family.

Assistant Commissioner Rhonda Blackmore heard about Kohl and took it upon herself to meet with him at the RCMP Heritage Centre following his day at camp. They spoke about his love for the RCMP and his future aspirations of becoming a member.

I think he will make a fine RCMP officer one day, he has a contagious passion for wanting to help people and he already has so much knowledge of the RCMP at a young age. We look forward to seeing what the future brings with Kohl and his journey to becoming a Mountie, said, A/Commr. Rhonda Blackmore.

When asked, Kohl said that the coolest thing about the RCMP is the amount of jobs that are out there.

There is no other police service like the RCMP. There are so many career optionsTraffic Services, Police Dog Services, Emergency Response Team, Underwater Recovery Team, you name it! Take my advice and apply today.