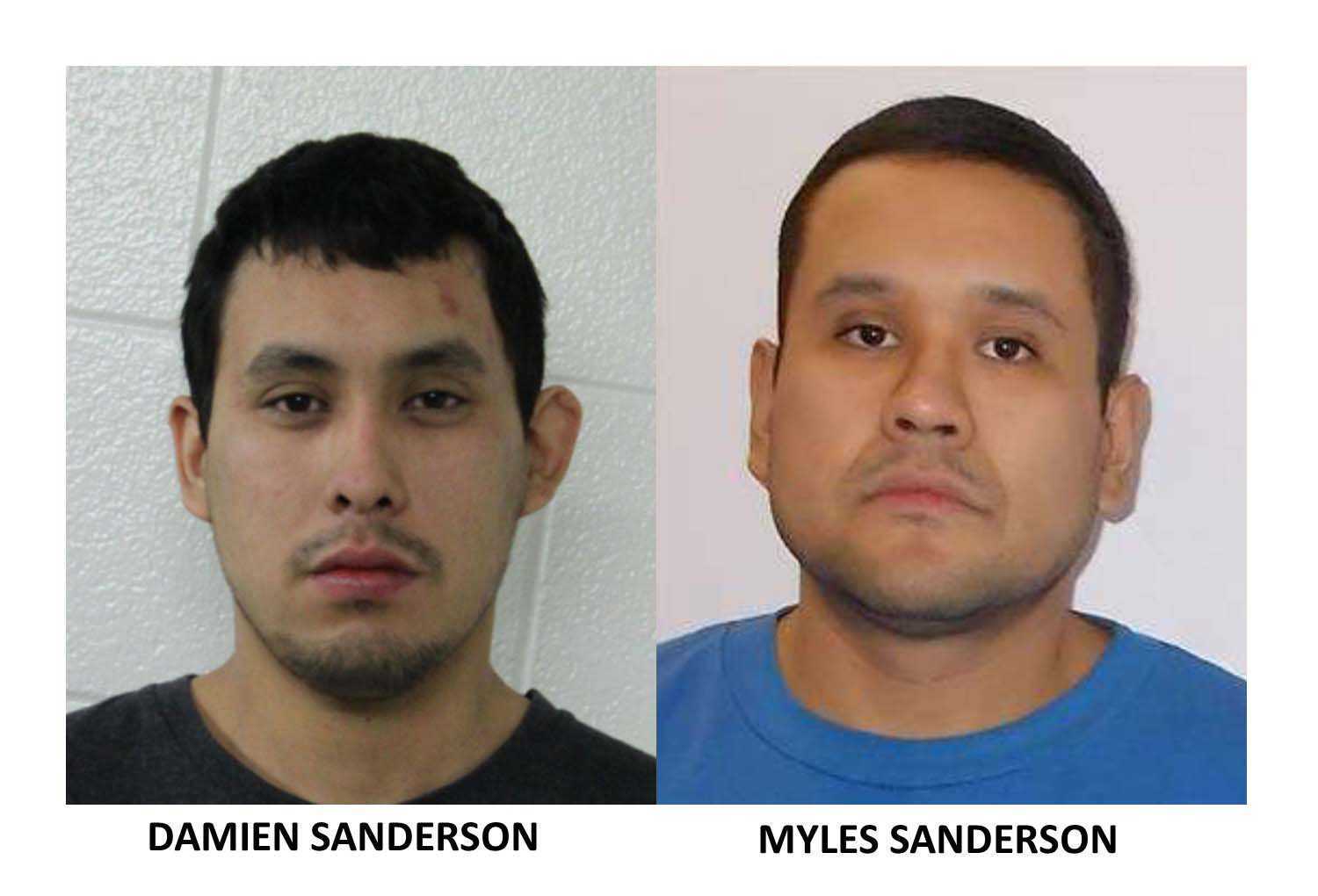 The search continues for two suspects after 10 people were killed and 18 injured in a stabbing spree Sunday.

Saskatchewan RCMP say they continue to employ every available resource in efforts to locate and arrest Myles and Damien Sanderson.

Both men have now been charged with first degree murder and warrants have been issued for their arrest.

Warrants have been issued for their arrests. Further charges are espected as the investigation progresses.

To the people of Saskatchewan and beyond  please be assured that we are using every human, investigational and technological resource we have available to locate and arrest the persons responsible for this tragedy and to ensure your safety, says Saskatchewan RCMP Commander Rhonda Blackmore. Hundreds of Saskatchewan RCMP staff are dedicated to this investigation  this includes operators taking 911 calls and tips, to frontline officers patrolling our streets to the on-scene specialized forensic and Major Crime Unit teams who continue to follow up on all information and evidence gathered.

We continue to work closely with Regina Police Service, as investigation determined the suspects may be in the City of Regina. Resources from Manitoba RCMP, Alberta RCMP, partner police agencies and the Province of Saskatchewan are also assisting in this investigation.

With the assistance of these partners, Saskatchewan RCMP is also ensuring those affected by this tragedy, both on James Smith Cree Nation and in Weldon, are offered appropriate supports and resources.

Investigators have confirmed there are ten deceased victims. We anticipate releasing further details about the victims later in the day.

In addition, there are now 18 individuals reported as injured.

Yesterday, Saskatchewan RCMP issued a dangerous person alert and several subsequent updates. This alert will be extended and we urge residents to continue to remain vigilant until Myles and Damien Sanderson are located and arrested.

Myles and Damien Sanderson were last known to be driving a black Nissan Rogue with Saskatchewan license plate 119 MPI. It is believed they may be in Regina, but this has not been confirmed.

"For those returning home after long weekend travels, please look for evidence of suspicious activity at and around your home before entering it. If you note anything suspicious, report it to police," RCMP advise.

We also encourage the public to continue to report any information on Myles and Damien Sandersons whereabouts to their local police service immediately. In an emergency, call 9-1-1. Information can be reported to Crime Stoppers by calling 1-800-222-TIPS or online at www.saskcrimestoppers.com.